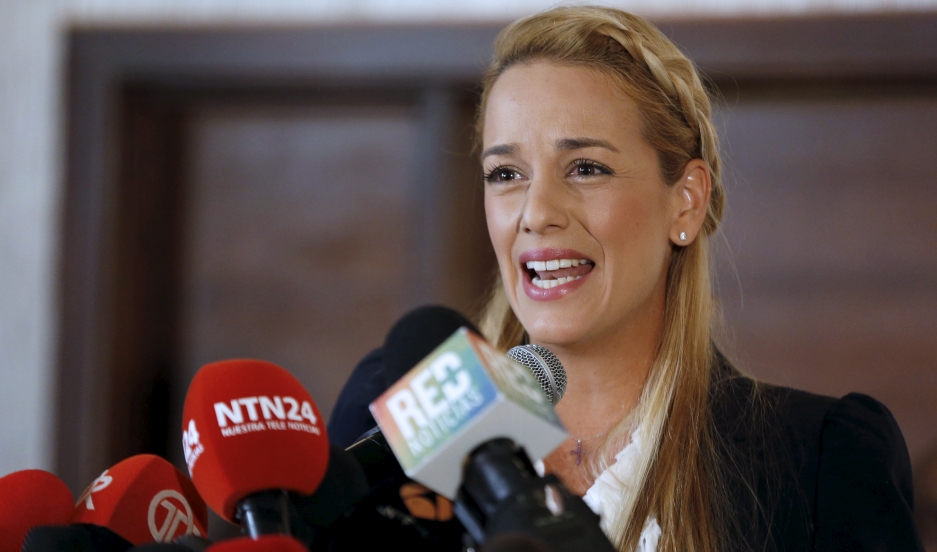 Lilian Tintori, wife of Venezuela's jailed opposition leader, Leopoldo Lopez, addresses the media during an event in support of jailed political opponents in Venezuela in Panama City on April 9, 2015.

At biannual Summit of the Americas in Panama, much of the attention is focused on whether President Barack Obama will meet with Cuban President Raúl Castro. Lilian Tintori couldn't care less.

The Venezuelan human rights activist is at the summit for another reason: to raise awareness about her husband, Venezuelan opposition leader Leopoldo Lopez. He has been in jail for 14 months, accused of leading a protest against President Nicolas Maduro in 2014.

"We have 80 political prisoners in Venezuela, including a mayor, students and my husband," Tintori says. "We don't have a rule of law in Venezuela. We live in constant fear."

The US has raised concerns about the human rights situation in Venezuela and the country's crackdown on its political opposition recently, calling it an "unusual and extraordinary threat to national security and [the] foreign policy of the United States." But President Obama later told EFE, a Spanish international news agency, that he did not see Venezuela as a threat to US.

Tintori says officials have taken her plea seriously as she meets with them at the summit. The UN, for example, has called for the release of political prisoners in Venezuela. But she wants to see the US, in particular, put more pressure on leaders in her country.

"Human rights don't have borders," she says. "We need to work [under] the same flag."