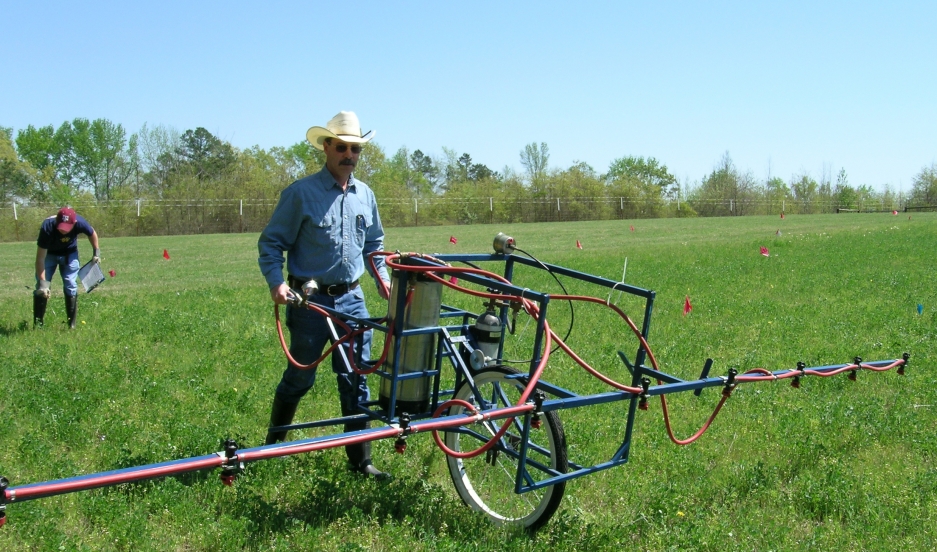 You may have seen the sign at your doctor's office: Big, bad bacteria chase down a penicillin capsule, warning us not to abuse our antibiotics lest they became useless against new and emerging infections. But new research suggests herbicides like glyphosate — commonly known as Roundup — can also breed resistance.

According to Mark Silby, a bacterial geneticist at the University of Massachusetts Dartmouth, researchers found that bacteria reacted to Roundup by treating it as a toxin. In response, he says, the cells increased their ability "to pump nasty stuff out of their cells" to fend off the threat from the chemical.

The researchers still aren't sure what this means for humans who eat food that's been treated with Roundup by farmers. The resistance sparked by the herbicide wasn't permanent, Silby says, and they also found some cells whose resistance actually dropped.

And, he points out, "we have to remember this was a laboratory study, not a clinical study." The concentrations of herbicides used by scientists were well above the legal limit of what’s allowed on your food. The long-term concern is that if Roundup allows bacteria to survive longer, they might be able to develop a stronger, genetically coded resistance.

Monsanto Company, which produces Roundup, told PRI there are six articles in peer-reviewed journals supporting the 40-year history of the safe use of glyphosate-based herbicides. The product, they say, is backed by "one of the most extensive human health, safety and environmental databases ever compiled for a pesticide product.”

But for Silby, “the take-home here is really tricky. ... We can’t just do one experiment with one single species and generalize in terms of safety. So we need to do more work."