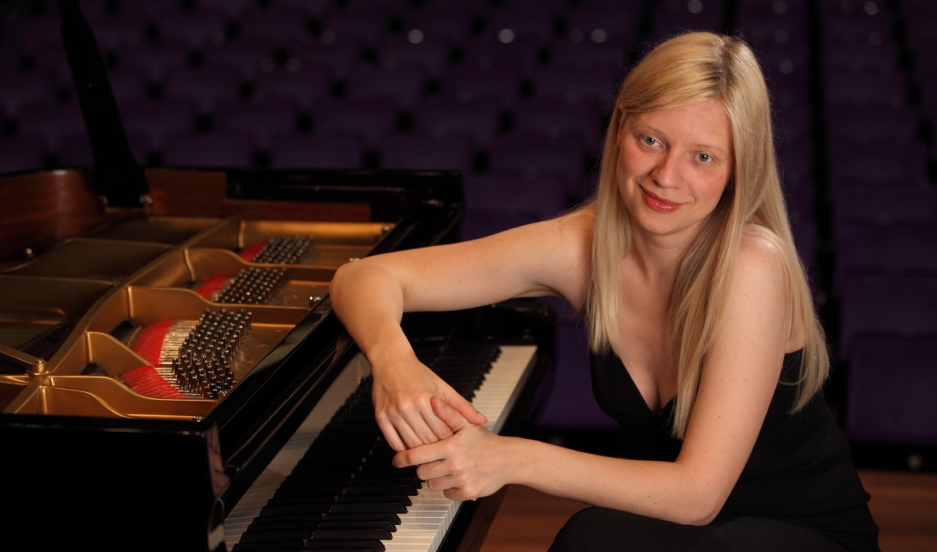 Valentina Lisitsa is an internet phenomenon.

The Ukrainian classical pianist’s YouTube channel has more than 170,000 subscribers. Performance videos like this one have generated millions of views:

Lisitsa has been tweeting for months about the political situation in Ukraine under the pseudonym “NedoUkraïnka." The pianist, who was born in Ukraine but is an ethnic Russian, has been highly critical of the government in Kiev — even comparing its behavior to the Nazis.

“We had a number of members of Toronto's community approach us about her deeply offensive texts," Jeff Melanson, president of the Toronto Symphony Orchestra said in an interview with the CBC. "People were very offended over what she was saying online starting in December, and that sort of crescendoed over the last three or four months. And when we reviewed the various tweets and asked Valentina to please explain the tweets and the content, unfortunately these were her words and we were left with no choice but to remove her from the program.”

Lisitsa has used her considerable fan base to lobby Melanson and the Toronto Symphony Orchestra on her behalf. She made a plea on Facebook asking supporters to contact the TSO, and she stated her case on RT, an English-language television network funded by the Russian government.

"I always separated music from politics and I tried to keep enormous distance between the two," she said. "I think it was my mistake, in a way, because now my tweets have caught up with me and I'm totally for freedom of speech — for freedom of discussion of argument, of heated argument. And that's what I’ve been doing on Twitter, delivering the other point of view."

That "other" point of view is her strong support of the Russian minority in Ukraine. Lisitsa says the symphony was pressured by members of Canada's Ukrainian community to cancel her concerts. Canada has the world's third-largest Ukrainian population, behind Ukraine itself and Russia. The president of the Ukrainian Congress of Canada has spoken out against Lisitsa and supports the decision to cancel her performances.

“I was about to go onstage with Toronto Symphony to sold out auditoriums to play Rachmaninoff concertos, not to preach politics," Lisitsa said. "And yet I was silenced because of something that I said on Twitter.”

The TSO initially booked pianist Stewart Goodyear to replace Lisitsa, but it canceled the performances entirely under public pressure.

Faced with a barrage of criticism @TorontoSymphony is forced to cancel Rachmaninoff altogether. pic.twitter.com/CxmcIa7sns

For some inside the classical music community, the TSO is setting a bad precedent. "She wasn't here to spread any of her political ideologies to anybody," says Michael Vincent, a Canadian composer and the editor of online classical musical magazine, Musical Toronto. "Why did the TSO dump her from the program when admittedly she wouldn't have been speaking politically at all, just performing?"

As for Lisitsa? She's unrepentant.

"I think I was right to do it and I think that looking backwards I would not change anything that I did," she said.

Lisitsa was paid by the Toronto Symphony Orchestra even though her fingers never played a single note. And she's scheduled to perform with the Calgary Philharmonic Orchestra later this year.

The next orchestra to come under attack is @CalgaryPhil They are bravely holding for now Thank you @slatercpo pic.twitter.com/EZWdAJu0i1