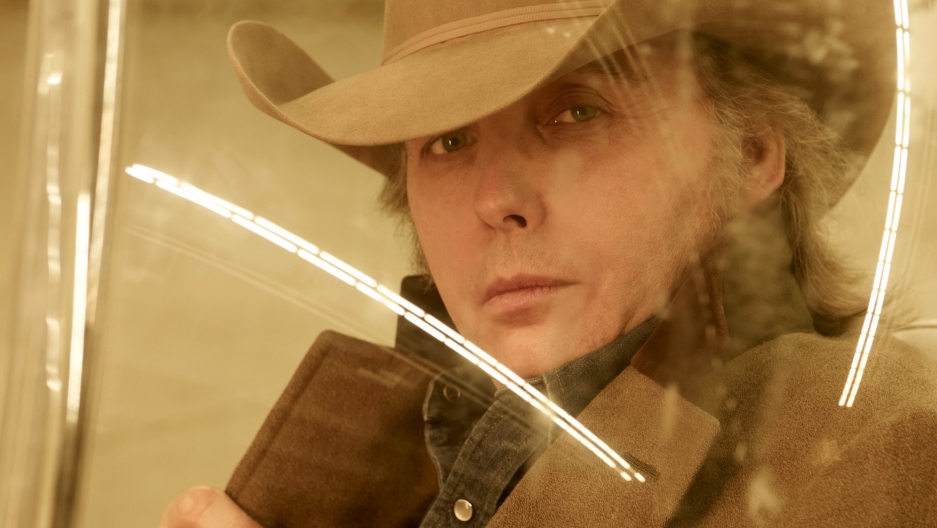 Courtesy of Dwight Yoakam & Via Entertainment

Among country superstars,Dwight Yoakam has always been a guy who didn't fit in --- a cool, mysterious dude in a crowd of boys next door, an Appalachian-turned-Angeleno who spurned Nashville, an actor with a penchant for playing creeps, psychos, and other unsavory types --- and recently, Yoakam enlisted Beck to produce a few songs on his album,3 Pears, which was his first record of new material for many years when it came out in 2012.

"It's an expression of the music I hear going on in my head," Yoakam tells Kurt Andersen. "I feel free of genre boundaries." "Trying" is Yoakam's take on 1960s R&B; "Dim Lights, Thick Smoke" recalls the 'cowpunk' fusion that peaked in the '80s; the record even features a few piano ballads. Yoakam tells Kurt that the diversity of Los Angeles has had an important influence on country music. "There's always been a great comingling going back to the Dust Bowl collision of cultures," he says of Southern California. "It begat the hybrid forms of country music."

Watch Dwight Yoakam perform "A Heart Like Mine" below.

The album's title is a tribute to John Lennon, whom Yoakam saw in a documentary, mugging for the camera in three pairs of sunglasses. ("Movie star sunglasses," he clarifies, "not the wire rims.") It's "about the nonsense of joy," Dwight tells Kurt. "Joy is what the album was about for all of us who made it."

The band in our session includes Eugene Edwards on guitar, Brian Whelan on mandolin and accordion, Jonathan Clark on bass, Mitchell Marine on drums, and Yoakam on guitar and vocals.

Bonus Track: "Nothing But Love"