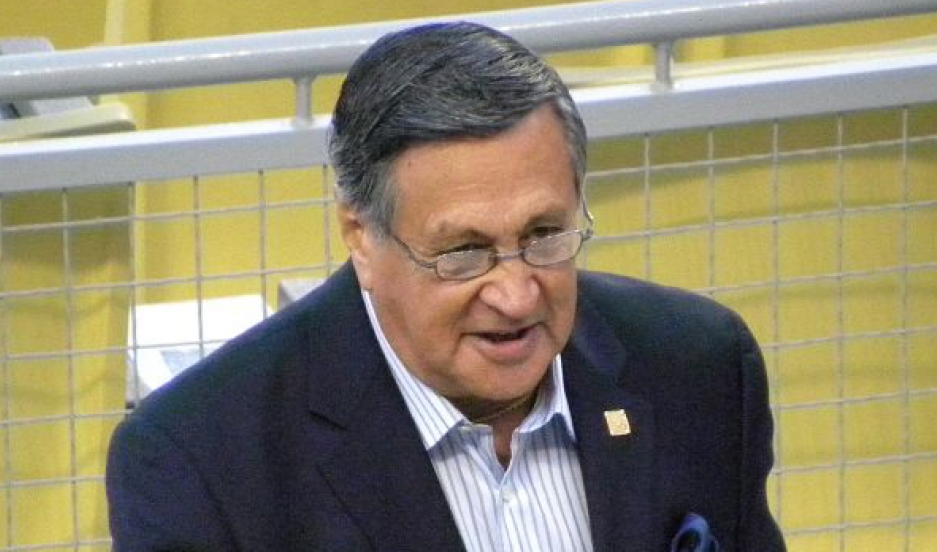 When Jaime Jarrín started play-by-play announcing for the Spanish-language broadcast of the Los Angeles Dodgers, he was a baseball neophyte. In his home city of Quito, Ecuador, he says, soccer was the sport that brought the public together.

“Before coming to this country, I’d never seen a baseball game in my life,” says Jarrín, who immigrated to the United States on a banana boat through the Panama Canal in 1955. “I never saw a baseball or a bat or a glove. It was news to me when I arrived here in Los Angeles.”

But as soon as he arrived in Southern California, he was drawn to the community that formed around the game.

“I fell in love with the game, seeing so many people around radio receivers and TV sets watching and hearing the World Series between the Yankees and the Dodgers,” he says.

At the time, the Dodgers still played at Ebbets Field in Brooklyn. But in 1958, they moved all stars like Gil Hodges and Sandy Koufax to Los Angeles. Meanwhile Jarrín — who has degrees in philosophy, literature and journalism from the Central University of Ecuador — had been forced to take a job making fences in East Los Angeles, but was planning his own move as well.

“I applied for a news job, but there were no openings” at station KWKW, Jarrín says. “So I started working in a factory and making fences. But I kept going to the station looking for a job, looking for a job. Finally, I don’t know if they got tired of me, but they give me a couple hours on a Saturday, and a couple of hours on a Sunday.”

When Jarrín was tapped to announce the Dodger games after their move to Los Angeles, he wasn’t fully confident in his understanding of the game itself, so he started watching minor league games in the area.

“The Latino community is so large, especially Mexicans, in Southern California,” Jarrín says. The KWKW station head said “‘I want to give them something in their own language.’ So the Dodgers were the first team in the major leagues to have bilingual coverage on a regular basis.”

In the years since, Jarrín has become a beloved and recognizable figure — at least vocally — among Spanish-speaking Southern Californians. He’s known for his characteristic home run call (“¡Se va, se va, se va, y despídala con un beso!”) and his poetic on-air style. When he joined his English-langugage broadcast colleague Vin Scully in the Baseball Hall of Fame in 1998, the Dodgers became the only baseball team to have two announcers honored in the halls of Cooperstown.

Recalling his early days in Los Angeles, he sees his announcing as primarily for those workers gathered around radios and TVs.

“I am doing a public service. So many people work so hard from 7 o’clock in the morning until 4 o’clock in the afternoon. They get home tired. They like baseball,” he says. “So what a great opportunity for me to give them something in their own language, using my vocabulary as well as is possible. It is really a delight for me to be able to do that.”