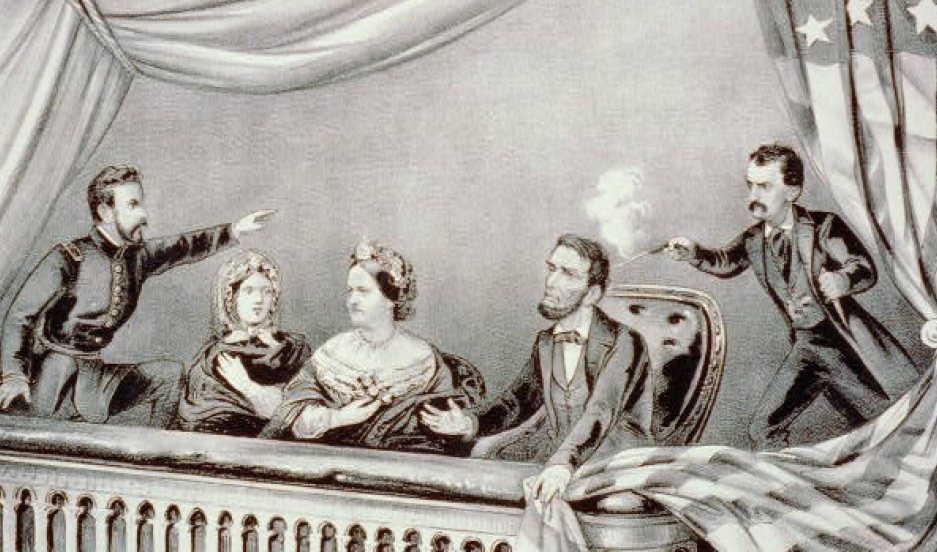 Get ready to hear this tired joke a few times: “Other than that, Mrs. Lincoln, how did you like the play?”

April marks the 150th anniversary of Abraham Lincoln’s assassination. The president who won the American Civil War and abolished slavery has rarely left public discourse since then, but the play he was watching when he was killed has largely vanished. You could say it died, along with the famous guy who was watching it.

But this year, “Our American Cousin” is back.

There are several current revivals of the play, including one in Britain — the first production there in more than a century. And that's significant because it’s a British play. Sort of.

“It was originally written to have the English laughing at Americanisms,” says Lydia Parker, director of the new production of “Our American Cousin” at the Finborough Theatre in London. “Then it became very popular in America.”

Parker told the BBC that the play started life as a melodrama with a few laughs, mainly at the expense of a naïve but earnest American character. But later, as Broadway beckoned, the play was rewritten as a comedy in which Brits became the objects of mockery.

The play’s 1858 run in New York lasted five months, which was almost unprecedented at the time. It was still going strong in other cities, including Washington, DC. That’s where Lincoln saw it in 1865, just days after the end of the Civil War.

The plot, such as it is, deals with an English family living in the countryside. They receive a visit from a long-lost American relative by the name of Asa Trenchard, who doesn’t shower and uses words like “skedaddle” and “sockdologizing.” British audiences viewed him as coarse; American audiences warmed to his honesty.

For one thing, audiences get the chance to witness what made people laugh 150 years ago. One especially pompous English character tickled the American funny bone: Lord Dundreary. Smith says Dundreary is a “ridiculously stupid” caricature of a man, “with a lisp … and great big sideburns.”

All the additional laughs contained in the American version became helpful props for John Wilkes Booth, Lincoln's assassin. As an actor, he was familiar with the play and knew when the audience would be laughing the most — and that's when he pulled the trigger. The laughter covered up the cries of Mrs Lincoln.

“It’s that wrench from hilarity to astonished agony that’s incredible,” Smith says. “Has there ever been a leader assassinated while 1,500 of his fans were in fits of hysterical laughter?”

That's also the biggest problem confronting today’s producers of the play. Most audiences know the scene, and anticipate its arrival with a mix of curiosity and dread. It’s difficult to focus on the comedy.

Smith applauds the Finborough Theatre’s approach to the scene: A female character lets out a farcical scream, just at the moment when Mrs Lincoln was said to have screamed after her husband was shot.

But however you play it, it’s awkward.

The London production of “Our American Cousin” is now sold out through its last performance on April 14. That’s the anniversary of the play’s most famous performance.

This post was updated to correct the anniversary date.