Students at the Pyongyang University of Technology doing their morning exercise.

When Suki Kim stepped on North Korean soil, the land was celebrating the 100th anniversary of the birth of Kim Il-Sung, the original Great Leader. The universities were closed and the students were sent to construction fields.

But not at Pyongyang University of Technology, the elite school where Kim would teach English. Before her: 270 of North Korea's top students.

Kim, a Korean-American writer and journalist, had persuaded North Korea to allow her in to teach. But she really wanted a better understanding of life in the closed society.

All Kim's students were 19- and 20-year-old boys. They were not allowed to leave the campus or even get in touch with their families. 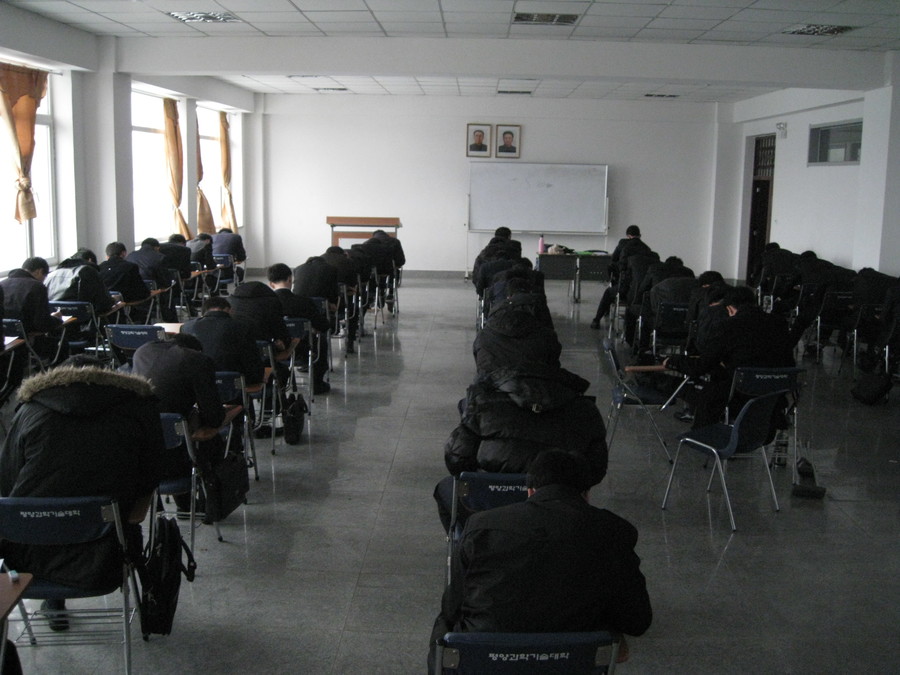 Students taking their final exams at the Pyongyang University of Technology, 2011.

The teachers were watched closely, too.

"Every class was reported and recorded. None of us were allowed out of the campus. The minders lived with the teachers and every lesson plan had to be approved by the North Korean staff," she explains.

What Kim and her student could talk about was limited to the contents of pre-approved textbooks. One of those textbooks mentioned Harry Potter. "They [the students] kept mentioning Harry Potter," she says. "And one of the teachers had a DVD with her so I tried to show it to them." Kim put in a request to the school authorities to let her show the Harry Potter DVD in her classroom and "it was miraculously approved."

She thought that her students would be most interested in the special effects in the Harry Potter movie, but she was surprised by what caught their attention.

Essays were almost impossible to teach in North Korea, because "they don't allow critical thinking ... so essay[-writing] became something really difficult in their mind," Kim says.

The students were amazed to find that the Harry Potter character Hermione Granger finds it difficult to write an essay as well.

"They really connected," Kim recalls, "...it was a connection they felt with the outside world which they had never been allowed." 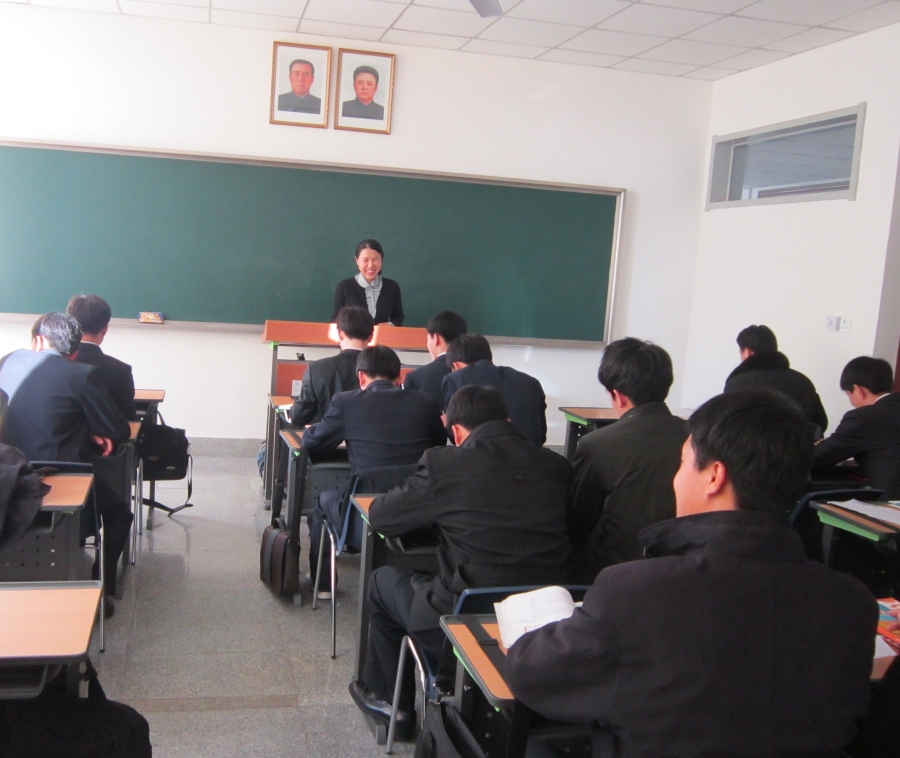 Kim believes that although her students were constantly fed propaganda, they sometimes did show free-thinking. "Because they were young, there were moments of vulnerability," she says. "Many moments they were just like us ... like the 19-year-old version of us."

And that's what makes North Korea so complicated, Kim writes in "Without You, There's No Us," a memoir of her experiences, based on a diary and notes saved on thumb drives.

In the book, she made sure to conceal the identities of her students and colleagues to protect them. Some have criticized her for posing as a teacher, but she argues it was the only way she could get a real portrait of what life in North Korea is like.

"How else,'' she argues, "is one going to walk into North Korea and get a permission to write about North Korea?"