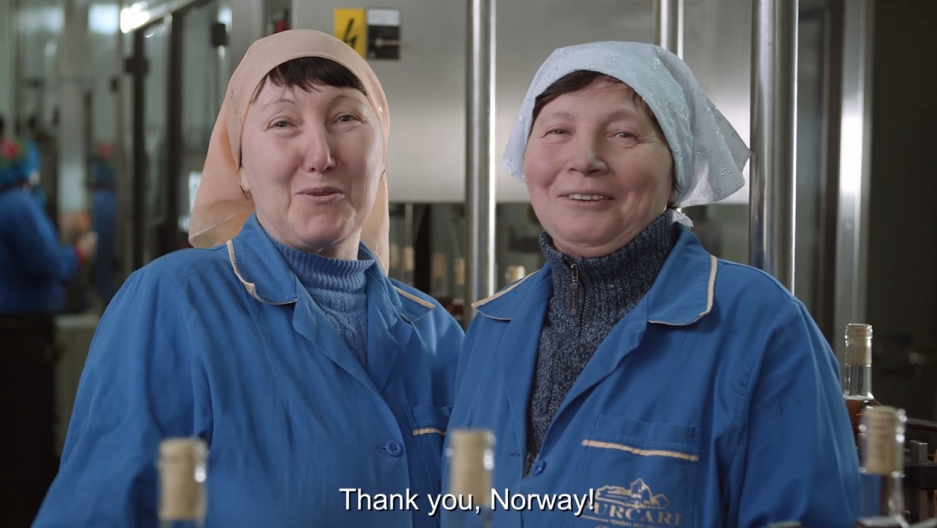 These ladies aren't letting the Russian trade embargo get them down.
Credit: Screengrab
Share

What Moldovans lack in Norwegian language skills, they make up for with winemaking ability — and, apparently, heart.

The people of Moldovan wine-producing company Vinaria Purcari have made a video in which they thank their Norwegian customers in the best Norwegian tongues they can muster. (Watch it below.)

They've got good reason to be appreciative.

Wine makes up 25 percent of Moldova's total agricultural exports, which form the backbone of its economy. So when its biggest importer, Russia, imposed a trade embargo on the former Soviet republic's wine in 2013, it was a huge deal.

And it wasn't the first time.

Russia banned Moldova's wine back in 2006, claiming it failed inspections, and used a similar excused in 2013. But it's hard to think embargoes are anything but coercive efforts on the part of Russia to draw the country away from the West and back into its own sphere of influence. Wine has been the key leverage point. At the time of the 2006 ban, Russia imported 60 percent of Moldova's wine exports. In 2013, it was still importing 29 percent.

And then along came Norway.

In 2014, Purcari's video explains, Norway's state-run alcohol retailer, Vinmonopolet, began importing Moldovan wine. The effect has been huge. Norway now imports more than half as much wine as Russia did before the embargo. That's a remarkable feat, considering the population of Russia is around 144 million and Norway's is just 5 million.