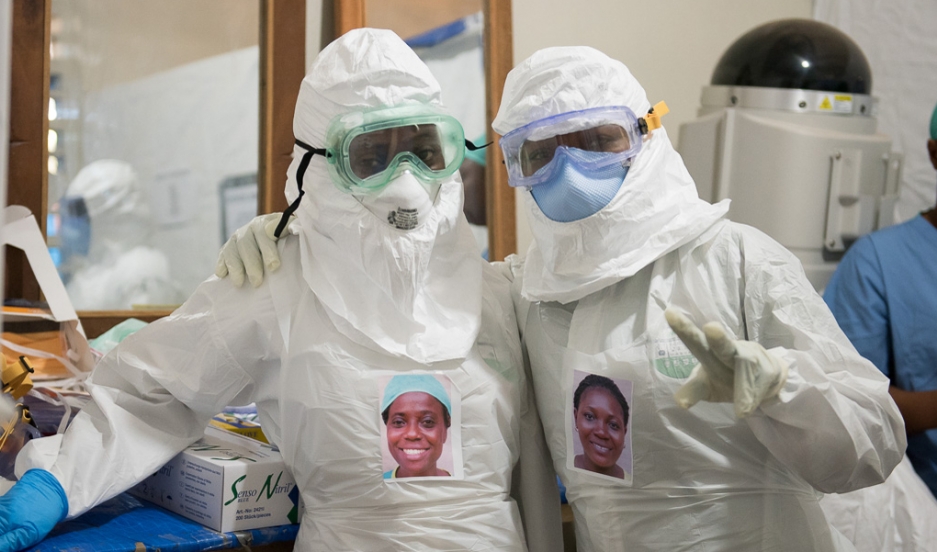 The West African country of Liberia has been devastated over the past year by an Ebola outbreak that has killed thousands of people.

And for those in hospitals suffering, all they see are masks and robot-looking suits of doctors and nurses caring for them. The medics must wear those protective suits to stop them from coming in contact with a patient. But some humanity is stripped away with the intimidating get-up.

Los Angeles-based artist Mary Beth Heffernan saw the Ebola suits on news reports. She thought about how isolating it was for the patients. And she came up with the idea of taking photos of health workers that could be attached to their protective clothing.

In late February, Heffernan travelled to Monrovia, Liberia to do just that.

She brought cameras, six printers, ink cartridges and sticky labels to print the photos on. 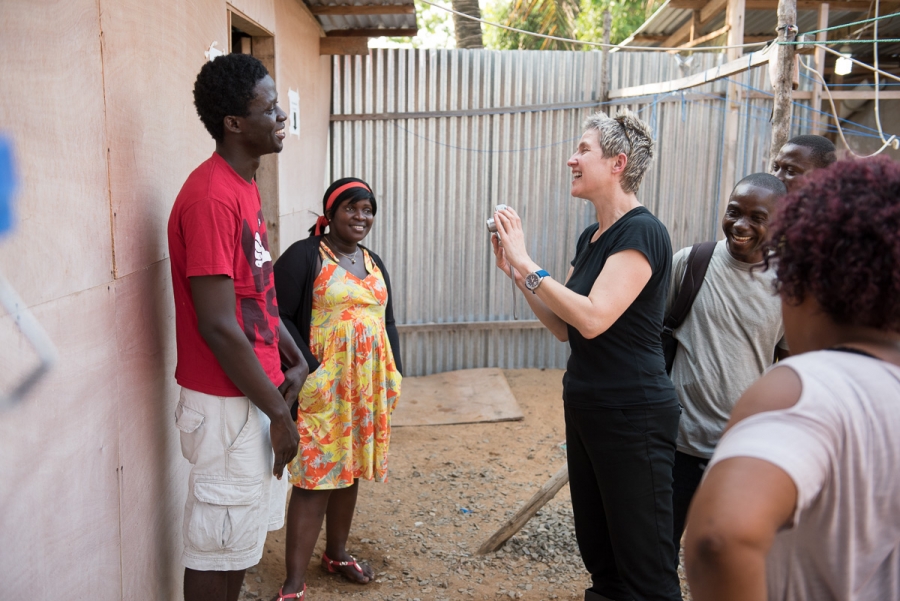 “I invited the healthcare workers to offer the expression that the wished they could have given their patient if they weren’t covered up with these suits,” says Heffernan. "Most chose to smile warmly for the camera and that is what the patients see in this head shot photograph.” 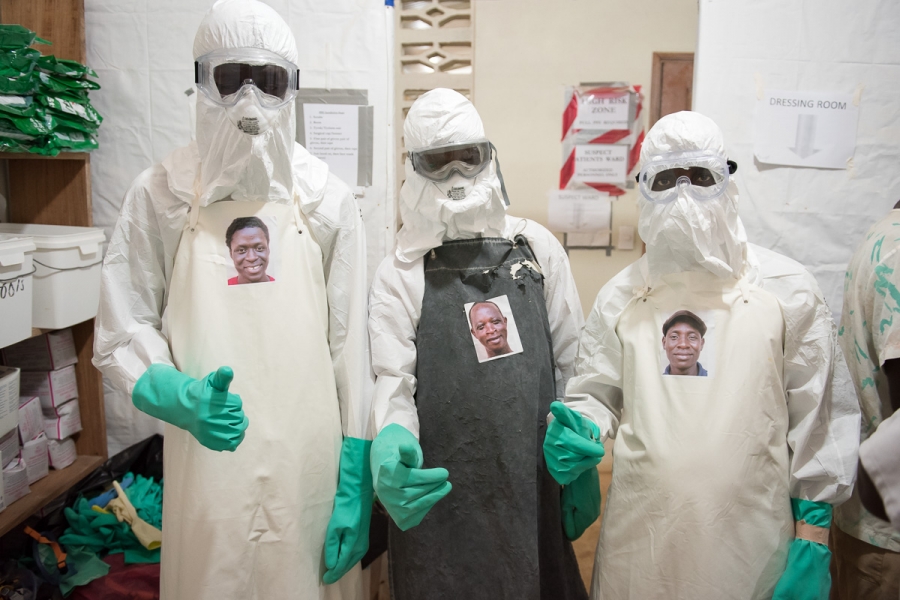 The portraits were attached to the safety suits and then thrown out at the end of each work day.

“One of the challenges was that photographs are kind of hard to come by in Liberia and they are expensive to print.” So Heffernan gave staff members a copy of their portrait to keep. 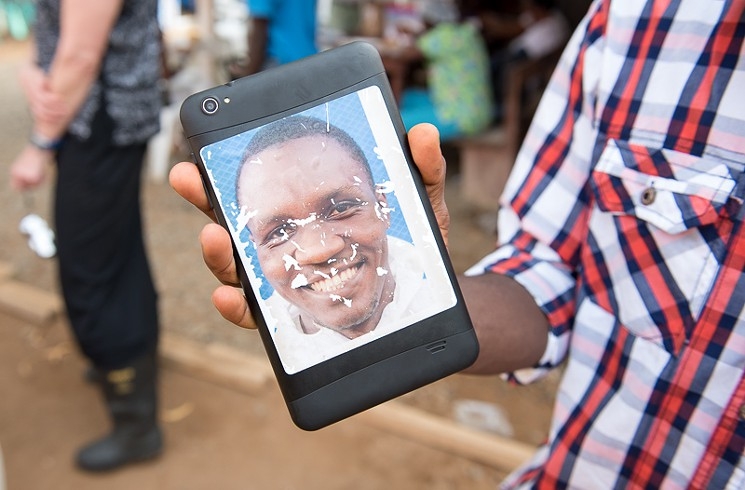 A photo label on the back of an iPad
Credit: Marc Campos

“An ID is tiny, it’s laminated, and it’s also about authority. It’s about differentiating classes of people with power, and what I wanted was to make the patient more powerful.” 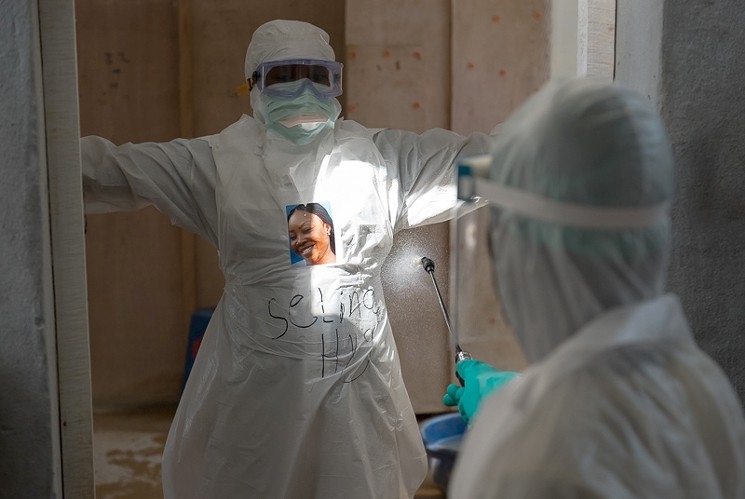 And for the workers, it helped them to better relate to each other and their patients.

If all works out, perhaps the medics won't have to wear the photographs on their clothing much longer. The Ebola outbreak has been tapering in recent months and there are hopes that the country could soon be declared free of the disease. 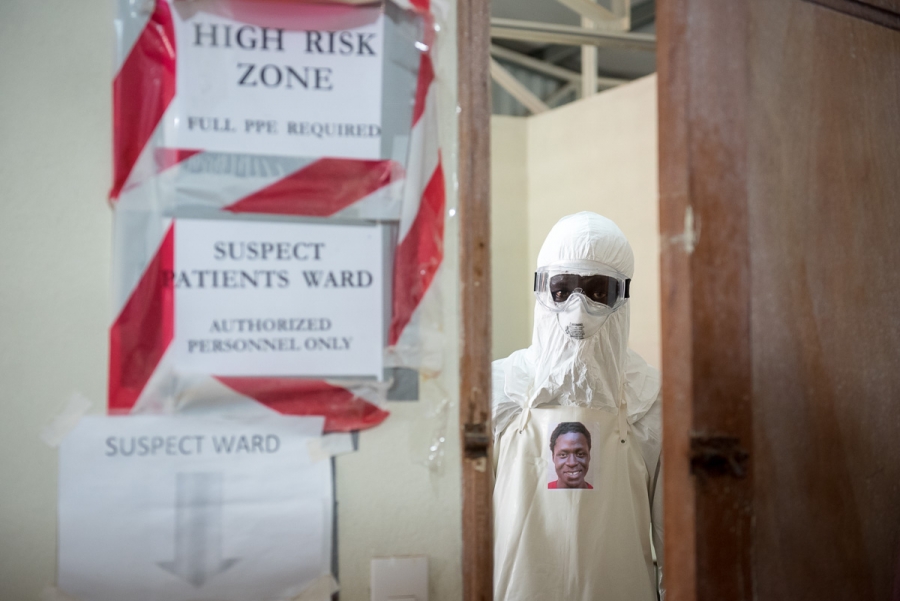