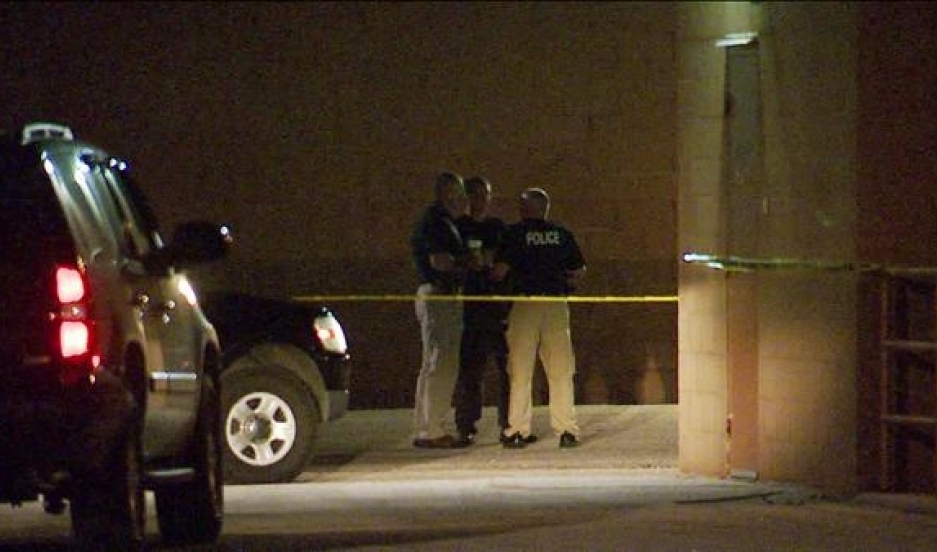 Police investigate the scene in suburban South Bend, Indiana on July 13, 2013. Dr. Kelly McGuire called police after examining Purvi Patel to report suspicions of child abuse, then, still in his hospital scrubs, he joined police in search of the fetus.

The doctor who initially called police to report his child abuse suspicions of Purvi Patel is listed as a member of a pro-life medical association.

Patel was charged with child neglect, and later with killing her fetus, and on March 30, 2015, she was sentenced to 20 consecutive years in prison. This makes her the first woman in the US to be convicted and sentenced on "feticide" charges for ending her own pregnancy, according to the National Advocates for Pregnant Women.

Patel says she had a miscarriage, but was found guilty for taking illegal abortion drugs under an Indiana statute that bans "knowingly or intentionally terminat[ing] a human pregnancy with any intention other than producing a live birth, removing a dead fetus or performing a legal abortion.”

The person who set the legal process in motion was Dr. Kelly McGuire, who was on call the night in 2013 when Purvi Patel showed up in the emergency room of St. Joseph’s Regional Medical Center near South Bend, Indiana. McGuire is listed as a pro-life physician for the American Association of Pro-Life Obstetricians and Gynecologists.

The association has about 2,500 members and associates. Its web site declares that a physician’s “right of conscience” in medical decision-making is a crucial part of their advocacy aims, and that the association seeks to counter “[s]trong voices within our culture (and within our professional College) [which] espouse elective abortion on demand as a standard of care for unwanted pregnancies.”

According to its mission statement, the group’s members affirm five principles, one of which is “[t]hat elective disruption/abortion of human life at any time from fertilization onward constitutes the willful destruction of an innocent human being, and that this procedure will have no place in our practice of the healing arts.”

When Patel showed up in the St. Joseph Regional Medical Center’s maternity ward, bleeding and showing a protruding umbilical cord, McGuire knew something was wrong, he later told reporter Amy Gastelum. “That looked like it was from a baby that was fairly far along,” McGuire said.

Hear: A doctor who was there

Some OB/Gyn doctors do have explicitly anti-abortion beliefs. Dr. Kelly McGuire was called after Purvi Patel showed up at his hospital. You can hear an excerpt of his interview with reporter Amy Gastelum in February 2015, following Patel’s conviction by a South Bend jury. This excerpt has been edited for length and clarity—and fair warning: it contains disturbing descriptions that may not be appropriate for all listeners.

Like all physicians, McGuire is a “mandated reporter” of child abuse, meaning that if he suspects any form of abuse, he’s required to notify authorities. In Patel’s case, he suspected a live birth and abandoned baby. He determined Patel’s address and called police, who went to her home to look for a newborn baby.

At this point, Patel confessed to leaving the stillborn fetus in a dumpster behind a shopping center. McGuire updated the police, and then, still in his hospital scrubs, he did something no mandated reporter is required to do: He joined the police in search of the fetus. McGuire followed police cars to the scene, examined the fetus and then pronounced it dead on arrival.

“It was actually a very surreal moment,” he told Amy Gastelum. “I decided there was nothing more for me to do at the hospital, so I would actually go over to the Target store myself as well. Maybe I could help in some way.”