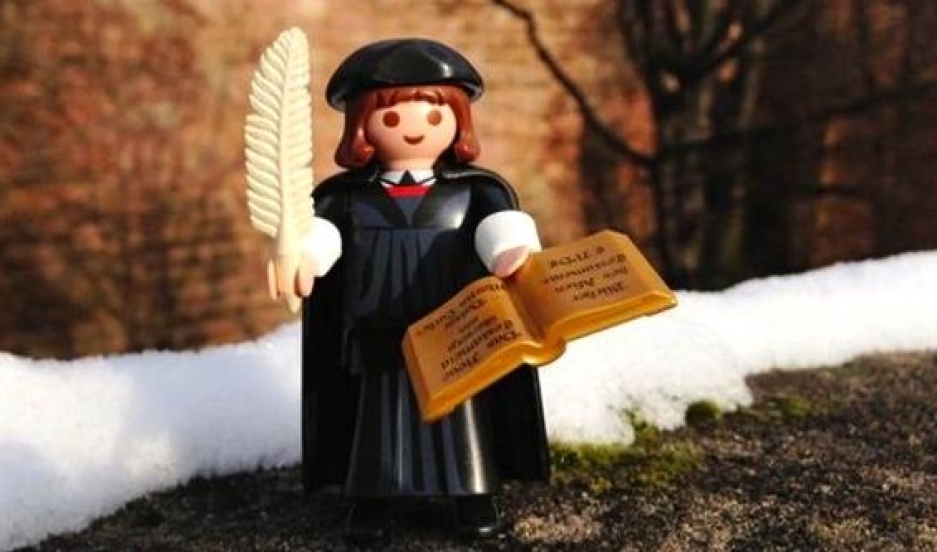 German toy company Playmobil released a Martin Luther figurine this year, ahead of the 500th anniversary of the Protestant Reformation in 2017. The first run of 34,000 sold out in less than 72 hours.

We'll be hearing plenty about Martin Luther over the next two years: Germans are gearing up for the 500th anniversary of Luther's Protestant Reformation in 2017.

Before Luther, there was no single German language — just a series of dialects. Two in particular were dominant: Upper German and Low German. As a child, Luther lived on the linguistic borderlands that divide the two, and his family moved back and forth across the boundary several times.

"He was totally bilingual," says Alexander Weber, a linguist at Birkbeck College, University of London. As he translated the Bible into German for everyday worshippers, that fluency helped him craft a version of the language that everyone could understand.

"It's a stroke of luck in terms of the development of the German language that the key figure [of the Reformation] would actually be able to address an audience in Low German and Upper German," Weber says. 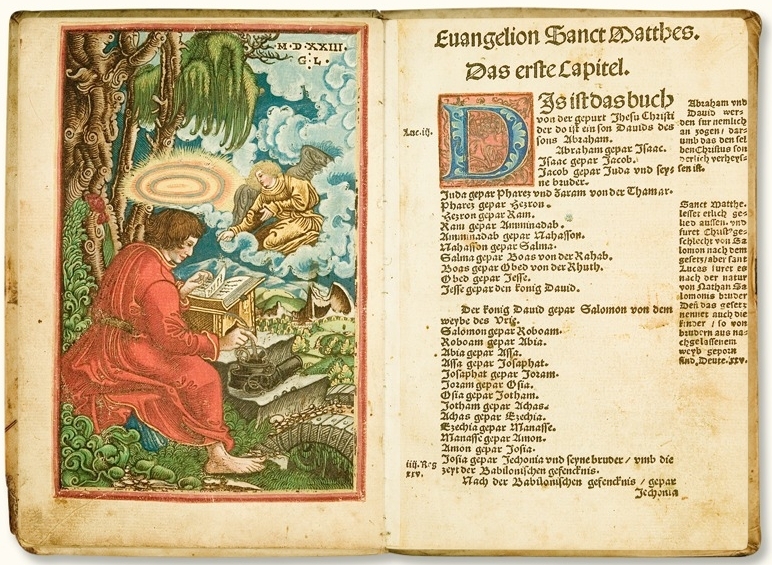 The first page of the Gospel of Matthew in the 1524 edition of the New Testament with a colored woodcut by Georg Lemberger.

But Luther's real genius was in his colloquial turns of phrase. Before him, the Bible was a theological text; his translations transformed not just into understandable language, but everyday language. It contained "conversations you might overhear: Jesus speaking as a German carpenter to German fishermen," according to Neil MacGregor, the director of the British Museum, which recently staged an exhibition of German cultural history. MacGregor wrote and hosted an accompanying podcast for the BBC.

“He listened to the man in the street, the woman in the kitchen to the child playing,” says Margot Kässmann, a Lutheran theologian from the city of Hanover. “[Even] today … our language is really Luther’s."