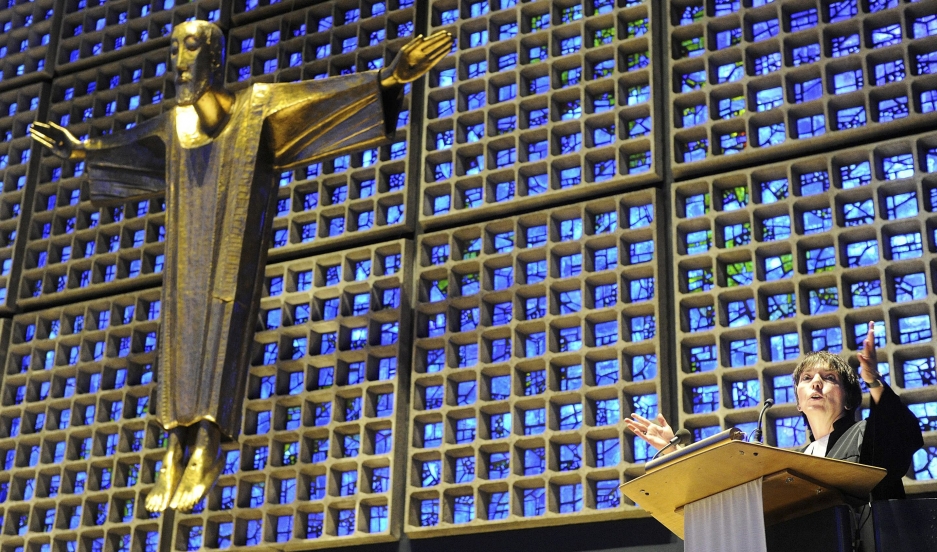 Margot Kaessmann, Lutheran theologian and organizer for the "2017 Reformation Jubilee," calls Martin Luther, "one of the most important Germans in history."

He's the father of Protestantism. He's the creator of the German language as we know it. And he's even a best-selling toy.

When Playmobil came out with a Martin Luther figurine earlier this year, the German manufacturer couldn't keep the new toy on the shelves. The little plastic version of the man who launched the Protestant Reformation in 1517 was reportedly the fastest-selling Playmobil toy ever.

It's another sign of how Germany is gearing up to mark the 500th anniversary of Luther's Reformation, even with two years still left to go. In fact, planning ahead of the “2017 Reformation Jubilee" has been under way for nearly a decade. And while it's a big anniversary for Christians worldwide, it’s especially important for Germans.

"Martin Luther, I think, is one of the greatest Germans in history,” says Margot Kässmann, a Lutheran theologian with the Evangelical Church in Germany and one of the planners of the 2017 jubilee.

But looking back at Luther’s legacy also means acknowledging one of the darkest chapters of his biography: Luther wrote and preached some vicious things about Jews, comments that went even beyond the anti-Semitic pale of the time. And those comments were picked up centuries later by the Nazis, making them especially fraught for Germans.

Luther preached at Town Church in Wittenberg, about two hours away from Berlin by train. Just down the road from the church — at least according to the legend — Luther railed against Catholic corruption by nailing his 95 theses to the door of the All Saints' Catholic church.

In reality, that probably never actually happened. But what's not in dispute is that his ideas, along with the Bible that Luther translated into colloquial German, were printed and distributed across Europe, changing history forever.

Understandably, people from Wittenberg are looking forward to the Luther anniversary. Worshippers won't give their names — Wittenberg is in the former East Germany, and memories of government intrusion run deep — but they say it feels pretty good to be the center of attention.

“Look at the buildings being renovated all over town,” one man says. “It’s unbelievable what they’ve done.”

The celebrations are already bringing tourists from all over the world to Wittenberg to see where Reformation all began. “It’s like a Protestant version of the Vatican,” says the Reverend Johannes Block with a smile. He's the pastor at Town Church, and he sometimes feels like Wittenberg is now at the center of the universe. 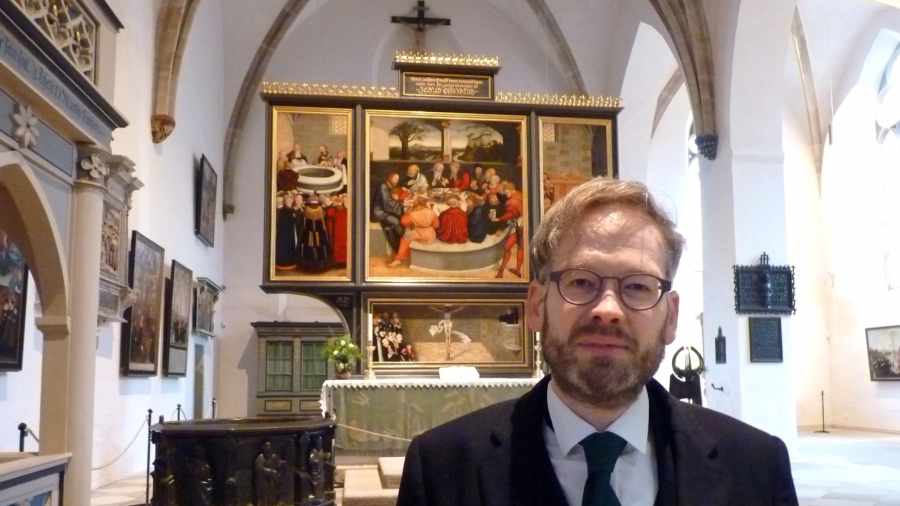 “Besides the tourists, the locals are talking about Luther’s life. School kids are learning about Luther,” he says — though that doesn’t mean Germans are flocking back to church.

“If only there were more,” Block says. Sociologists say former East Germans are among the least religious people in the world, but he's still hoping this moment of excitement about Luther might present an opportunity.

But Luther's dark side is also on display here, lurking high on one of the exterior walls of the church. There you can see a statue that depicts a rabbi pulling up the tail of a female pig and looking into its backside; other Jews kneel down to suckle on the animal’s teats. The sculpture pre-dates Luther himself by 200 years, but he did allude to it in his writings — and ceraintly not to criticize.

To put it bluntly, says former University of Cologne professor Dietz Bering, Luther was a hardcore anti-Semite. The preacher wrote a book titled “On the Jews and Their Lies,” in which he described the Jews as the source of all evil in German society — and offered up a detailed plan to fix the problem.

“Burn the synagogues, burn Jewish homes, confiscate Jewish money. Round up Jewish people, put them into servitude, or just expel them,” Bering describes. With the anniversary approaching, those views are getting a pretty public airing in places like Bering's new book, titled “Was Luther an Anti-Semite?” 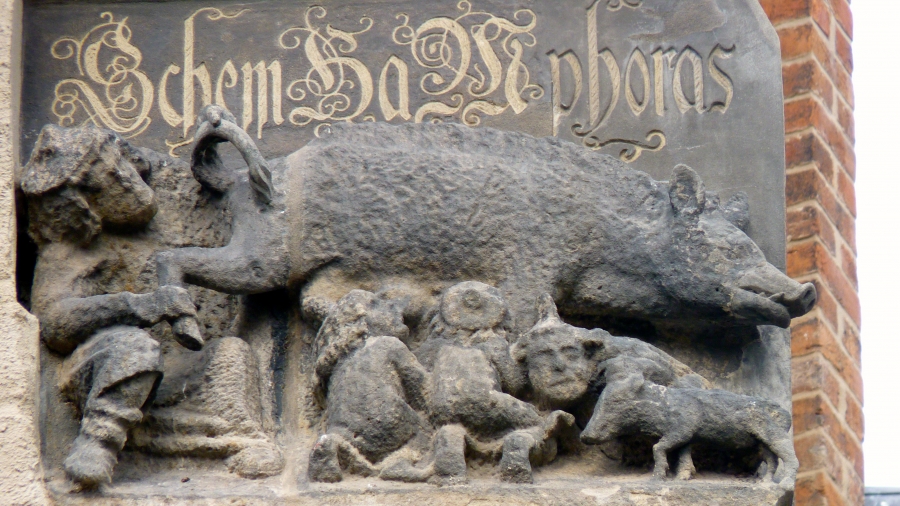 There's been a debate about whether or not to remove this anti-Semitic statue from Town Church. A memorial to the Holocaust was added below this statue in 1988.

Even at the time, Luther's views were extreme. His Protestant contemporaries rejected this stuff, and the political powers of the time refused to adopt his proposals. But centuries later, the Nazis picked up on Luther’s anti-Jewish ideas. They pointed to Luther’s writings to show their own anti-Semitic ideology had historic German roots.

After World War II, the Lutheran clergy in Germany re-examined this part of its founder’s teachings. That process of Jewish-Protestant dialogue is still ongoing, and theologian Margot Kässmann says the upcoming anniversary is another opportunity to examine Luther’s failings as well as his triumphs.

“One of the greatest achievements of Reformation was that you need educated faith," she argues. "You can ask questions. You can be critical about the church. You yourself should read the Bible and sharpen your conscience, as Luther would have said."

She also points out that some of Luther's other theological battles have long since healed. He rebelled against the Roman Catholic Church, Kässmann says, but "today we can say we are not enemies anymore. Especially in a very secular society, we see that there’s much more that binds us together, that we have in common, than what separates us."

And that message of tolerance is the one she's hoping to display during the anniversary celebration in two years — by making sure all of Luther's history is displayed and reckoned with.