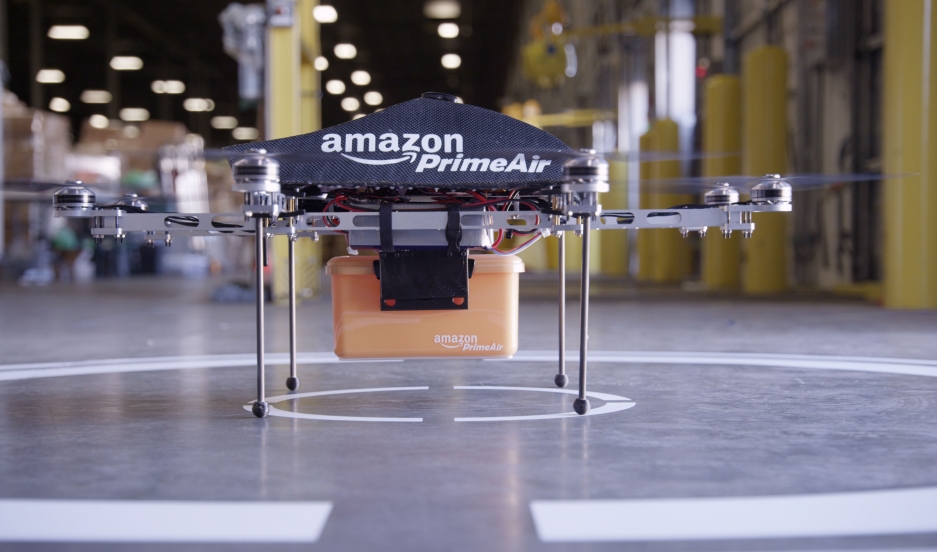 Amazon's drone delivery program, known as Amazon Prime Air, will be doing its testing in Canada because of tight FAA airspace rules.

Amazon is hoping fleets of drones will soon offer super-fast delivery to its milions of customers. But you might need to move to Toronto if you want in.

That's because FAA regulations are making it difficult for Amazon to test its drone delivery system, called Amazon Prime Air, in the United States. So the company has moved its testing to an undisclosed test site in Canada.

“In the world of drones, things are happening at an exceptional, lightning speed,” says Ed Pilkington, the chief US reporter for the Guardian newspaper. “The people involved in this technology liken it to the first 10 years of the history of aviation during the beginning of the 20th century. Therefore, they’re not prepared to sit back and wait for the FAA to wake up to this new technology.”

Pilkington and the Guardian got an exclusive sneak peek of the test site, where Amazon is developing drones that could fly at 50 mph and deliver packages that weigh up to 55 pounds. The company claims they'll eventually be able to get orders directly to customers within 30 minutes.

But before that's possible, they need to settle their fight with the FAA over airspace. Though the sky has become a busy place, there's still one slice of that's largely open: Above 200 feet, where most buildings end, and below 500 feet, where general aviation begins. That 300-foot sliver is where Amazon hopes to launch its drone delivery service.

Regulators at the FAA are concerned that swarms of pilotless vehicles — not just from Amazon — could endanger other aircraft, but Pilkington says Amazon isn't buying it.

“They will tell you that most of these problems [raised by the FAA] don’t exist,” Pilkington says. “In that slice of 300 feet of air there’s virtually nothing.”

And it appears at least one other federal agency is backing the potential for commercial drones: According to Pilkington, NASA is working to develop an air traffic control system specifically for drones.

“Once NASA gets involved, you can imagine that things will go even faster,” he says. “It’s becoming clear that if you can open up that 300-foot slice of airspace, you can start to imagine incredible things happening.”