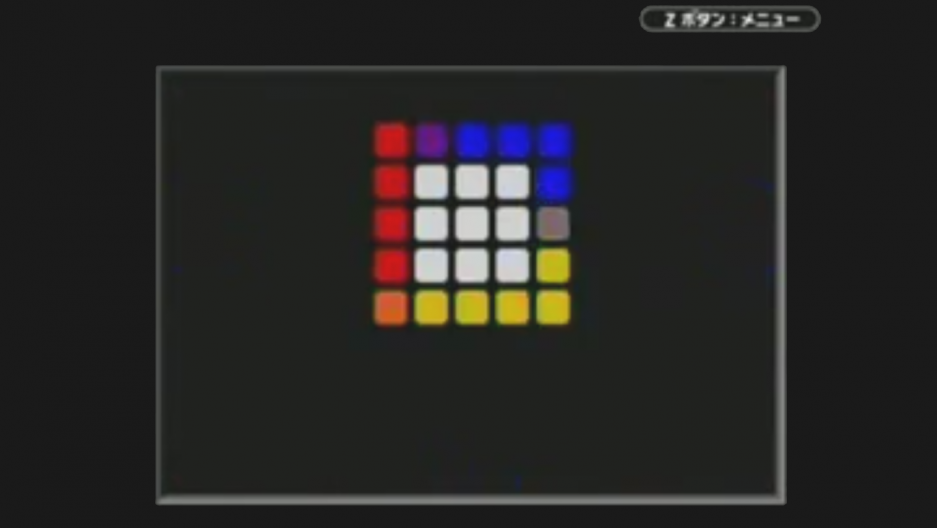 One of the greatest pleasures of the internet is stumbling upon something planted there years ago, lost to newer and buzzier obsessions. Call it digital serendipity: on the hunt for music for our radio show, I stumbled upon a music video for the Japanese experimental musician Cornelius(Keigo Oyamada). Except this isn't a music video in the traditional sense. It's the final sequence in bit Generations: Coloris, a 2006video gamefor Nintendo's Game Boy Advance -- it's sort of a mix of Tetris and Candy Crush, and itlooks like it'd be right at home on an iPhone screen. But only a video game released exclusively in Japan would reward its players with a spare, sleek, utterly delightful 2-minute ode to color composed by a great musician.

Years later, the game is obsolete, as isthe console on which to play it. But this sequence, stranded online, seems just as relevant in its new form: a perfect lyric videofor electronica. Yasuhiro Shimizu's animation is clever, winking, yet neverprecious. And like the video's more literalcounterparts, watching it allows you to better hear the intricacies at play in the song.