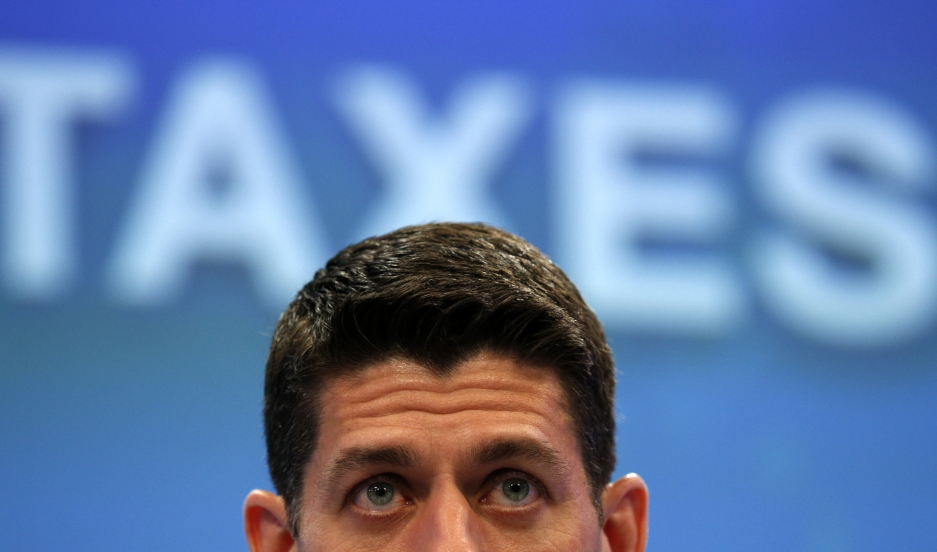 Congressman Paul Ryan takes part in a session called "The Business of Taxes" at the Wall Street Journal's CEO Council meeting in Washington on December 2, 2014.

Despite TurboTax's best efforts, the process of paying the government hasn't changed much since the days of Robin Hood: Someone comes to take away some of your hard-earned money, and you're not exactly sure where it all goes.

But a relatively low-tech approach could be the way to make us all feel a little better about paying taxes.

Norton, working with Cait Poynor Lamberton of the University of Pittsburgh and Jan-Emmanuel De Neve of University College London, conducted experiments that found allowing taxpayers to have a say in where their money goes helps improve tax compliance rates.

"We thought maybe if we let people feel like they had a voice in where their taxes went — that they could choose a little bit where they were going to go — maybe they wouldn't hate it so much," Norton explains. "Some people really like to support the military and other people don't. If you were allowed to decide at least where some of your tax money went, it would really change your feeling about whether that was good."

The results were similar whether taxpayers had control of only 10 percent of their tax dollars or 100 percent. "We're just excited that anybody is letting us say anything about where our taxes go," Norton says. "The researchers found that test subjects were less likely to exploit a questionable loophole in their taxes when given more agency in where the money was going."

But it isn't all good news: In a separate experiment, Norton discovered that people who know their money is going to taxes are much less productive.

"We have people working on a boring thing. They work away, and then we stop them and say, 'Hey, surprise, in the next part of this, we're cutting their wages in half,'" They're not happy. It turns out they work a little bit les," he says. "But other people we say, 'Hey, we're cutting your wages in half, and it's a tax that we're collecting.' Those people stop working entirely."

That may not the most motivational news for all you late filers out there. But hey, you might have a little more power soon.