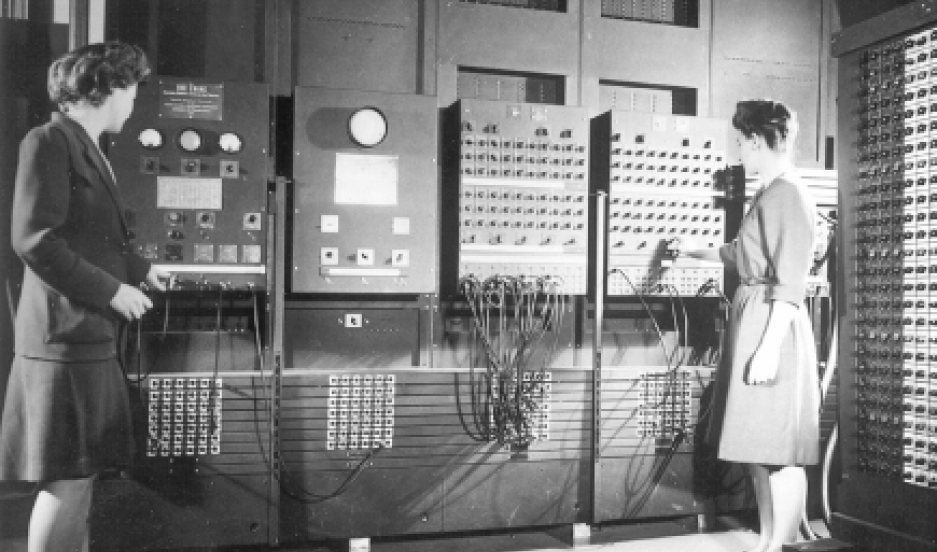 Courtsey of the University of Pennsylvania Archives

When Kathy Kleiman started researching the history of computer programming as an undergraduate, she came across old black-and-white photos of the people who worked on the ENIAC, the world’s first all-electronic programmable computer. But they seemed to be missing a key detail.

Both men and women were pictured posing in front of the mammoth machine — ENIAC was 8 feet tall and 80 feet long — but the men were listed in the captions while the women were not. When Kleiman asked why, the response she got was both incredibly wrong and incredibly telling.

“When I went and started inquiring who were the women, I was told they were models," Kleiman says. "But that wasn’t the case at all." 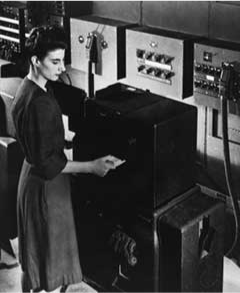 Courtsey of the ENIAC Programers Project.

The six women in the photos were, in fact, pioneers whose story had been forgotten. They were among the mathematicians responsible for programming ENIAC for the United States Army without the help of a programming language, operating system or other tools — none of these things had yet been invented.

But when ENIAC, which was developed in secret during World War II, was first presented to the press for a demonstration in February 1946, the male hardware engineers and officers involved in the project were named and congratulated. The women were left out, and knowledge of their achievements faded.

“The women were not introduced, so the reporters never knew what they had done,” Kleiman says.

Kleiman, a lawyer, has spent two decades working to rescue the story of the “ENIAC Six” — Jean Jennings Bartik, Betty Snyder Holberton, Kathleen McNulty Mauchly Antonelli, Marlyn Wescoff Meltzer, Frances Bilas Spence and Ruth Lichterman Teitelbaum — and is the founder of the ENIAC Programmers Project. Last year, she and a team produced a documentary on the women, “The Computers,” which was the official selection of the 2014 Seattle Film Festival.

When she first came across those images, Kleiman was herself looking for role models. She was taking high-level computer science classes and found herself surrounded by male classmates and professors. Part of what motivated her to tell the story of the ENIAC programmers was the desire to help young women learn about what she described as the "marvelous women in science and technology who did things that shaped and created the world that we live in, and we’ve never heard of them.”

Kleiman is also convinced there's still a lot of work to do when it comes to recognizing the contributions of women in science.

"Whenever we tell the stories of the ENIAC programmers, a number of women and men come forward with stories of grandmothers, their great aunts, their mothers — there were so many women involved in early technology that we don’t know about," she says. "And if we did, the role models would just be coming out of the woodwork."

This story is based on an interview from PRI's Science Friday with Ira Flatow. SciFri has more stories of the forgotten women of science at its own site.