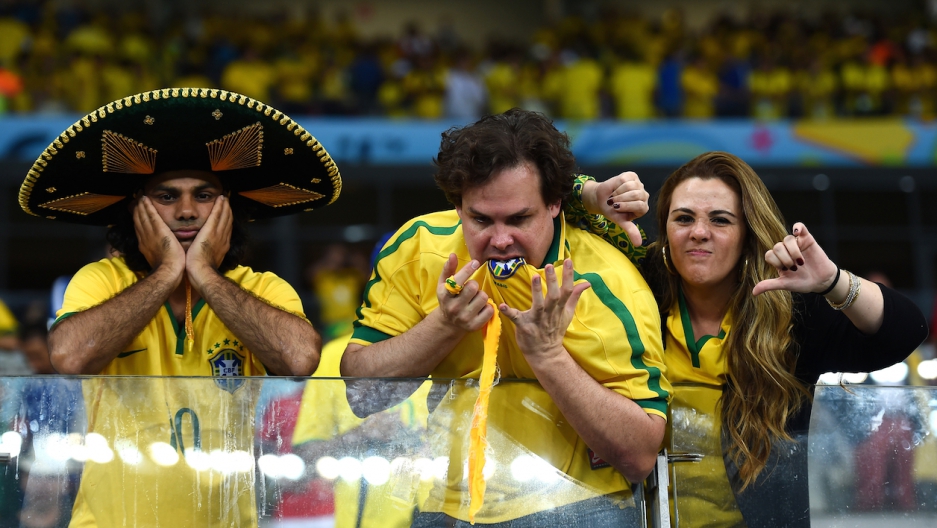 Its biggest city is running out of water, its giant oil firm is battling a nasty corruption scandal, and protesters are calling for the nation's president to be impeached. But Brazil's bad news just got worse: Economists predict GDP will contract by 1 percent this year.

That's the latest forecast from a weekly central bank survey of 100 economists, reported Monday by news agencies and the Wall Street Journal. It comes after last year's sad economic growth of 0.1 percent.

Minus 1 percent is even lower than previous estimates. The Journal says: "This marked the 13th-consecutive reduction of the growth outlook by economists."

If accurate, news wire EFE reported, it would be the worst performance by Latin America's largest economy since 1990, when Brazilian GDP contracted more than 4.3 percent.

Analysts have noted that the recent soccer World Cup had a damaging impact on Brazil's economy. And Rio de Janeiro's 2016 Olympic Games are expected to be no savior, either.

Inflation is expected to reach 8.13 percent this year, the survey said, which would further worry consumers about the future.

Here's a look at annual gross domestic product growth since 2005, including the latest projected decline for 2015.

Brazil's gdp
Create your own infographics