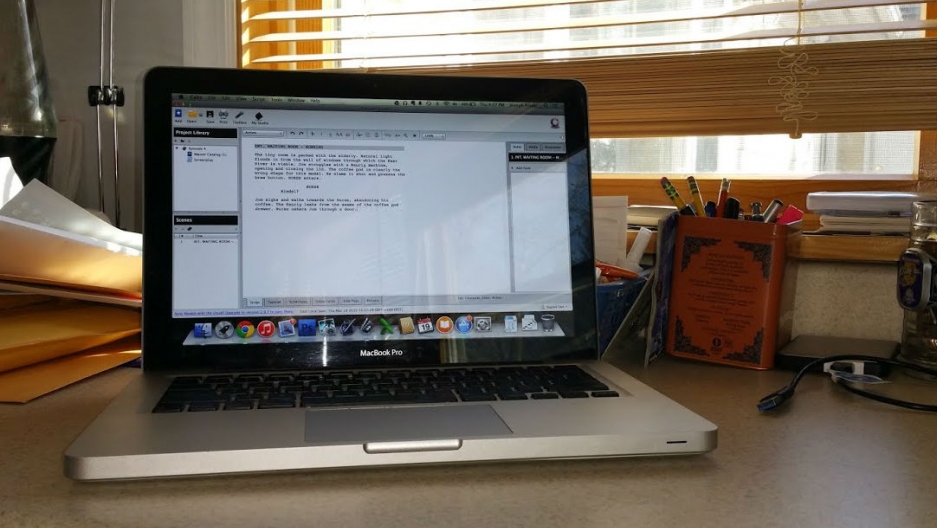 Joseph Riedel's dreams of becoming a screenwriter were interrupted by a cancer diagnosis --- so he's turning his illness into material for a web series as part of his 2015 Creative Resolution.

February 2015 was a very rough month for me. Sad to say it, but I don't feel like I really accomplished anything. Well, that's not entirely true. I accomplished a great amount of healing. I checked into NYU Langone Medical Center the morning of January 29. I was uneasy, to say the least, but that unease quickly spiraled into terror as I saw the latest MRI images of the tumor that was about to be operated on. It was larger than I had imagined, and I don't think I had a realistic idea of just how dangerous its proximity was to the fragile parts of my brain. It was, in fact, pressing against the brain stem. I was told that there was even a chance it might have already attached itself to the brain stem --a little late in the game to have this realization as they were already wheeling me up to surgery. They placed an IVto deliver general anesthesia and my last thoughts were that there's a chance I might not wake up the person that I am -- and that was entirely out of my hands. 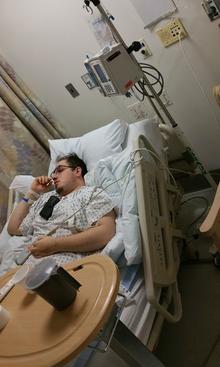 I woke up seven hours later in complete pain, horror, and, surprisingly, relief. First mission accomplished. I made it through brain surgery, and was on the other side. Five days later I had a second surgery due to a complication. In total, I was in the NYU Medical Center Neuro Surgery ICUfor nine days. I won't go into details 'cause I need some material to save for my web series.Suffice it to say that it was brutal, but I made it through with no neurological damage.

Though this experience is easily the hardest thing that I have ever gone through, I can't say enough good things about the NYU Langone staff, especially Dr. Sen and Dr. Leibowitz, the two men responsible for saving my life. Also, anyone who has ever had an extended stay in a hospital can tell you that your day to day survival relies upon the criminally under-appreciated nursing staff.

And then I came home. The doctors believe that they removed the entire tumor, so as far as I know I am completely cancer free. Now all that is left is the recovery. One thing that I discovered early in the process is that the amount of energy and focus needed to both read and write was beyond my reach. As I stated in the past, the whole point of my web series is to be an outlet for my frustration during this time and morph those feelings into something comical. Well, I couldn't do that in my current state. What I was able to do in that month was build my strength back up to the point where I am walking almost entirely independent of a cane, I can sleep through most nights with relative ease, and my blood sugar is back under control (for those who haven't read the pilot, I am a type 1 diabetic).

Now we are nearing the end of March and I am beginning to feel like a human again. I have returned to work as a writing teacher on a very part-time schedule, teaching one to two classes a week. Working with the kids and helping them develop their creative process has really fueled me and prepared me to finish writing my series. That said, it's been difficult to return to writing this particular series because I am having a hard time finding the humor in my current situation. But as I firmly believe, laughter is the best medicine and I will keep pushing forward with "A Good Sense of Tumor."

Originally I planned to not only write "A Good Sense of Tumor," but also produce and direct. Given the reality of my post surgery situation, I am learning the very valuable art of delegation. I spent the last month-and-a-half networking and building a small production team. This includes some old friends who are now in the production world, performance worlds, and even the corporate world but have a passion for the arts. I have a handful of talented camera operators, strong producer minds, and even a seasoned director. I have nailed down the outline for the first season, so now the goal for the next month or two is to keepwriting until I have completed every episode in the planned outline. Then I will hand off as much as I can to the team that I have built and supervise as an executive producer and show runner.