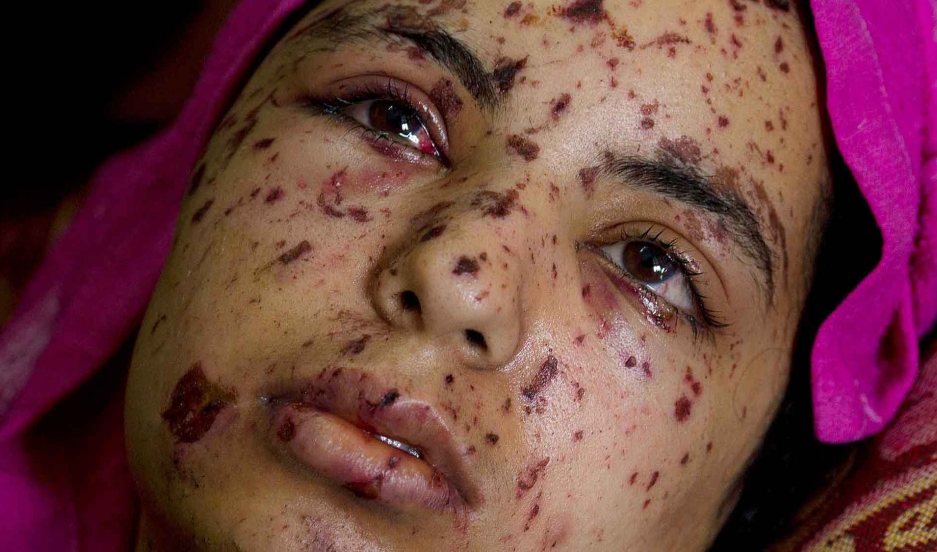 Rawya Abu Jom’a was wounded during the 2014 war in Gaza.

Israel's Gaza offensive during the summer of 2014 left the small territory shattered: more than 2,000 people dead, and UN officials estimate that 96,000 homes were damaged or destroyed.

Freelance photographer Heidi Levine covered the war, and her stunning photos of the conflict recently won her the first-ever Anja Neidringhaus Award for courage in photojournalism. The award was named after AP photojournalist Anja Niedringhaus, who was killed while on assignment in Afghanistan in 2014.

(See some of Niedringhaus' photography here.)

The judging committee praised Levine for "facing the same dangers as her subjects in a war zone, with rocket fire and air strikes a consistent reminder." Her photographs take you right to the front of the violence and devastation in a way only a photographer can. 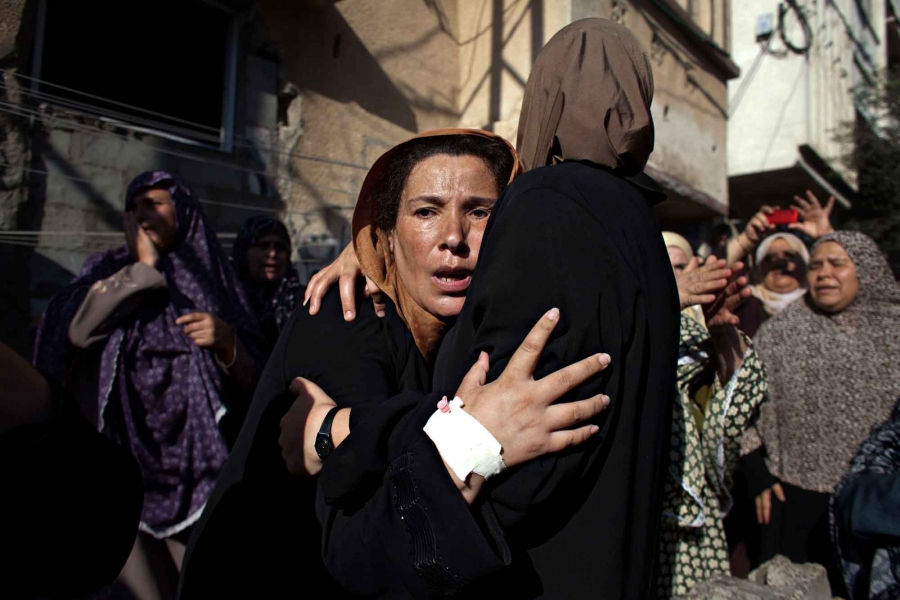 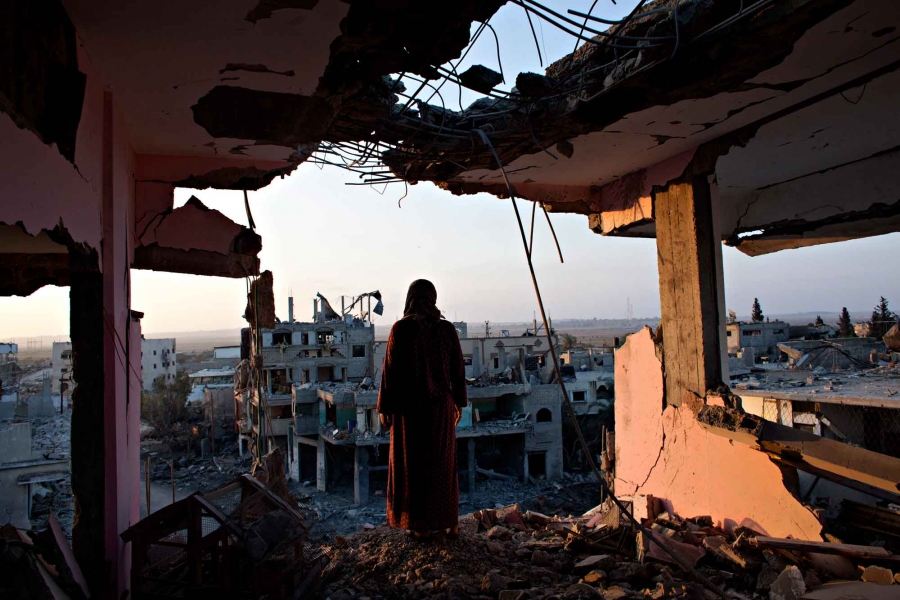 Hidya Atash stands on the top floor of her home as she overlooks the destruction in Shujayea at dawn Aug. 8, 2014. Her family's home was hit two weeks ago by a warning rocket and the family of 40 people fled. When they returned during the recent cease-fire, they discovered their home was heavily damaged during the fighting. 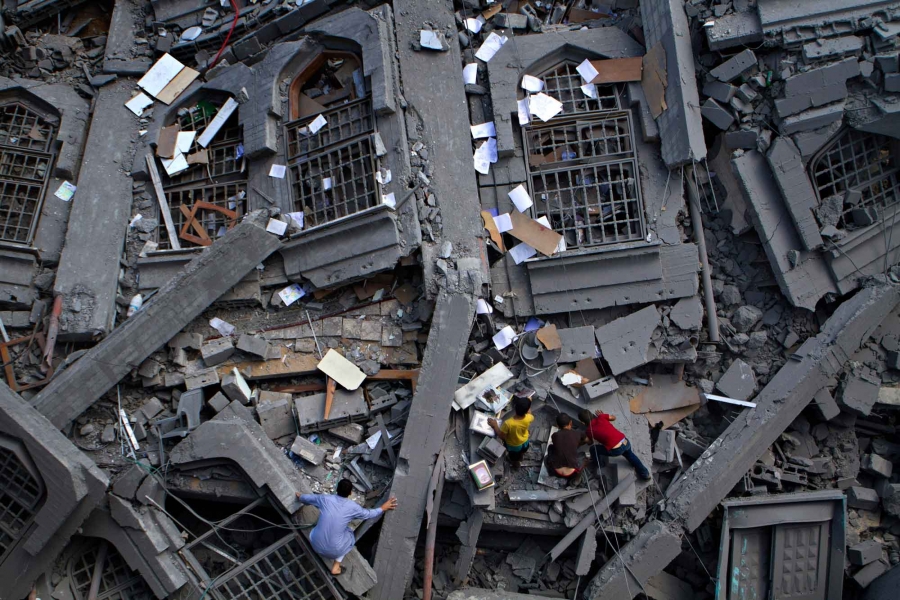 Palestinians collect religious books in the rubble of the Al-Qassam mosque in Nuseirat camp located in the middle of the Gaza Strip, July 9, 2014. Israeli warplanes carried out 30 air strikes over Gaza on Saturday.

Levine is an American photojournalist who lives in Israel. She has covered the revolutions in Egypt, Libya and Syria along with the plight of Iraqi refugees living in Jordan, Syria, and Sweden.

She has also raised three children in the Middle East, which the award committee pointed out in its statement. "Unlike many journalists who can cover a story and get on a plane to the safety of their own homeland, she is an integral part of the community and has shown profound concern for people," they wrote. 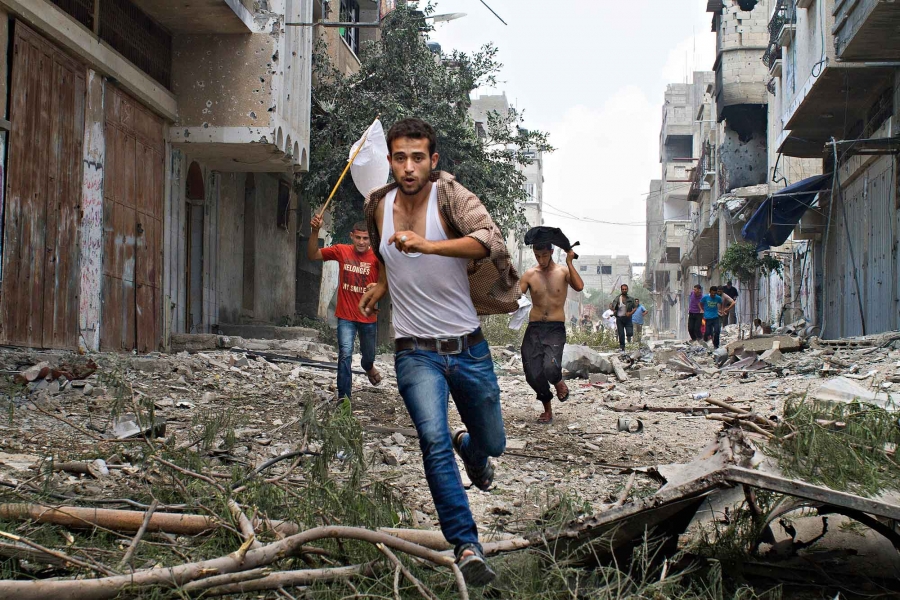 Palestinian men run with a white flag in the Shejaia neighborhood, which was heavily shelled by Israel during fighting, in Gaza City, July 20, 2014. At least 50 Palestinians were killed on Sunday by Israeli shelling in the Gaza neighborhood, and thousands fled for shelter to a hospital packed with wounded, while bodies were unable to be recovered for hours until a brief cease-fire was implemented. 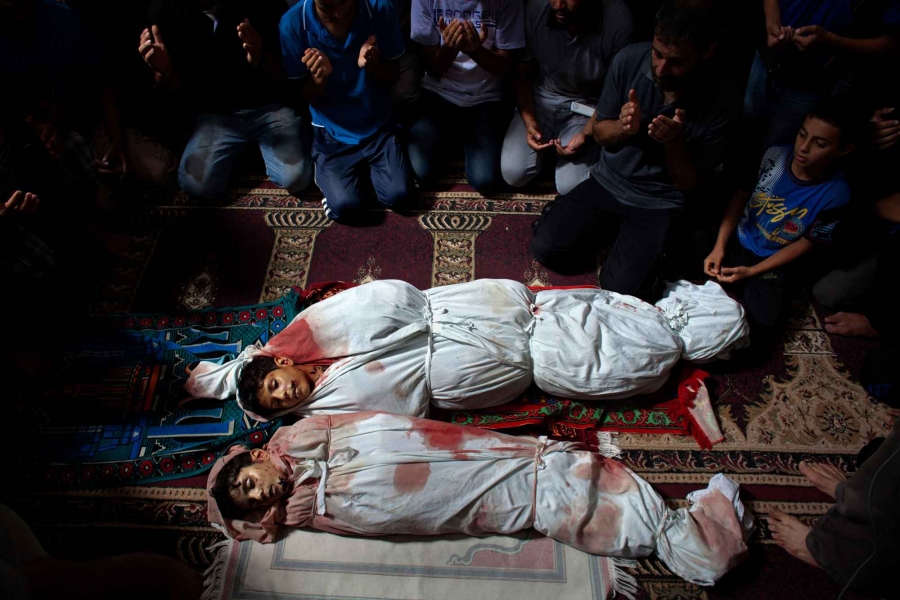 Family members surround and pray over the bodies of Palestinian brothers Amir Mustafa Arief, 15, and Mohamed Arief, 12, during their funeral at a mosque in the Shejaiya neighborhood of Gaza City, July 9, 2014. The two teens were killed together, near their home in Shejaiya, allegedly by an Israeli military drone strike. 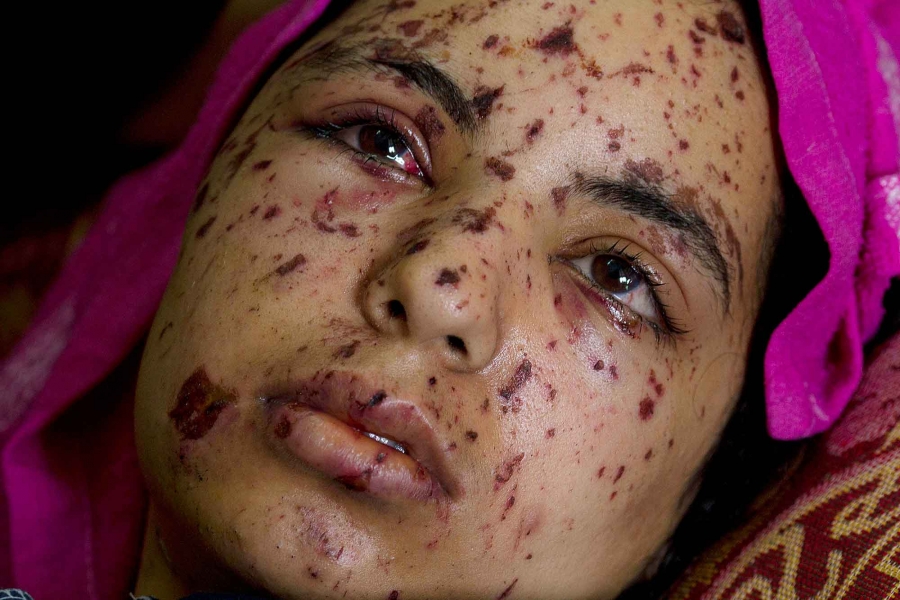 Wounded Palestinian Rawya abu Jom’a, 17 years old, lays in a hospital bed at the Al Shifa Hospital in Gaza City July 22, 2014. Rawya was seriously injured when two Israeli air strikes hit her family's apartment. Three of her cousins and her sister were killed in the attack. She is suffering from shrapnel in her face, her legs have perforated holes in them and her bones were crushed in her right hand. The Palestinian doctors in Gaza say the wounds children have suffered have been severe, with head injuries, severed limbs and crushed bodies, a common result of entire houses crashing down on top of them.

In accepting the award, Levine reflected on Neidringhaus' legacy for both photojournalists and women in media.

“Anja was both a photojournalist and a person I admired, respected, and often consulted with in the field under extreme circumstances," Levine told the International Women's Media Foundation, which gave out the award. "There was an incredible professional bond and sense of trust, a sisterhood so many of us felt, and she is greatly missed by us all.” 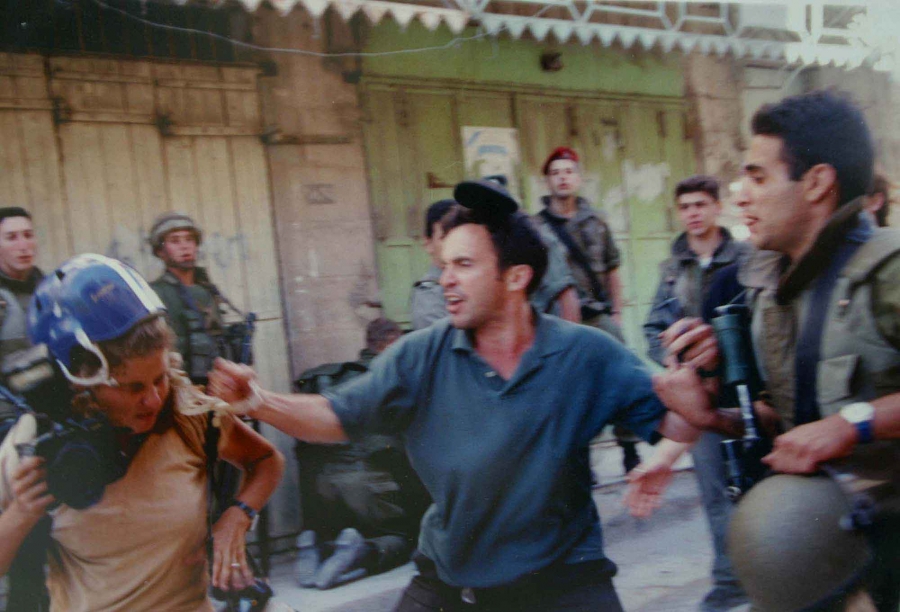 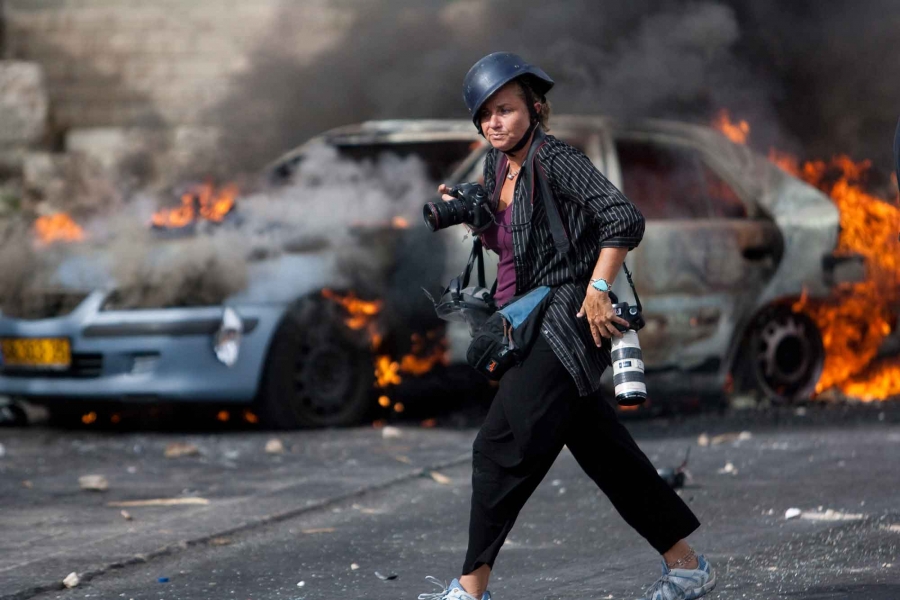