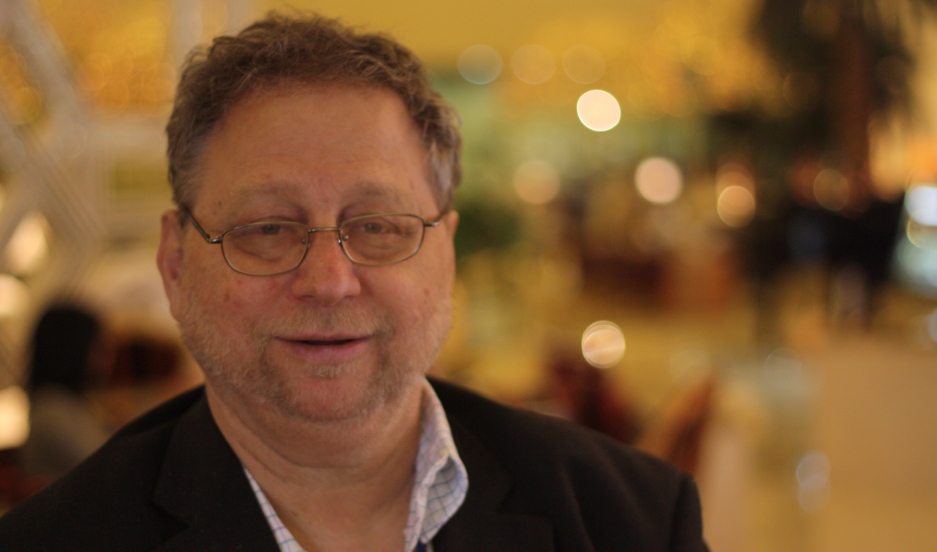 Why am I a radio journalist? Two words: Danny Schechter.

I was already following the news by 12 or 13, in the early ‘70s. I read the Boston Globe just about every day and tuned in to Cronkite and Chancellor in the evenings when I wasn’t playing baseball or listening to records. It was the time of Vietnam and Nixon and social upheaval of every kind, and even in my comfortable Boston suburb these things were part of the conversation in my crowd, and I had a sense that I wanted to be a bigger part of that conversation.

But when I found Danny Schechter, the News Dissector on WBCN, the once-revolutionary and by then still mostly free-form rock station here in Boston, my head exploded. It’s hard 40+ years later to convey the cultural impact of WBCN on a place like Boston at the time, and a kid of my generation. It was about so much more than music, and Danny was about so much more than the news.

Here was a voice that didn’t just report the news, he got inside it, ripped it apart and examined all the bits. He started with the what but then went quickly and deeply into the who and why, with answers that I didn’t see in the Globe or on TV. He used wit and irony and what I’m sure I’d now see as an over-the-top sense of left-wing indignation and righteousness to go beyond informing to what some at the time might’ve called fomenting. He mixed news and commentary with music and culture and humor in what I remember as a daily, delirious, revelatory storm. It was journalism, it was activism, sometimes it was screed but to me it was intoxicating and inspiring.

And it was radio. Stories I couldn’t turn off. Music that made my heart race. Voices that stimulated whole other imaginative stories inside my own head. People inside that box that I knew I would never meet but felt were my closest friends and companions. A seed planted by endless summers listening to Ned Martin and the Red Sox suddenly blossomed into an obsession. I had to be part of it.

I started poking around at other local stations. Got myself invited as a semi-regular panelist on a teen talk show. Pestered DJs at 'BCN and elsewhere to let me sit in on their shows. And I worked the other side, writing for my school newspapers. Then, in 11th grade, my dream came true. I went to work for Danny Schechter.

His younger brother Bill had come to teach history at our high school. I took one of his classes, he became a mentor and a friend, and then in junior year when I signed up for a program that allowed students to take a whole semester off and work outside of school (you read that right; it was a very different time.) Bill Schechter ran the program, and the only thing I wanted to do was go work with Danny. But I was reluctant to exploit my relationship with Bill for personal gain (translation: I was an idiot), so I didn’t ask. Finally Bill just did it for me, unprompted. He knew what I really wanted, and clearly didn’t share my concern about working connections.

So I went to work as an intern in the 'BCN newsroom, working mostly with Danny but also others who were also doing great work there. I learned the basics, from editing wire copy to cutting tape (yes, we edited tape with razor blades) to mixing features to gathering tape in the field. I learned about (although to this day haven’t mastered) the demands of thinking on my feet and writing on deadline. I learned basic interviewing and newswriting skills, learned about story balance and multiple-sourcing, got an immersive lesson in all the zillion subjective decisions that go into the creation of every news report.

I got to see how Danny performed his magic, and got to be part of creating it.

It was also a reality check. I got to know Danny the person instead of Danny the journalist-commentator-activist. I learned a bit about what drove him, and it wasn’t always the most idealistic stuff. I also very quickly learned he could be a bear to work with, had to learn to take heaps of abuse, but also how to let it roll over me, accept an apology, and get back to work. It wasn’t all fun and amazing. It was also frustrating, terrifying, exhausting. Even worse, sometimes it was downright boring. It was the real life of a small, quirky but earth-shaking corner of the news business.

I also learned that I couldn’t be Danny. That I didn’t want to be Danny. But my five months working with him left me as sure as ever that radio journalism was what I wanted most to do with my life, gave me the skills and experience that helped me start to find my way, and somehow instilled a sense that I might actually be good at it.

Danny stopped being a regular fixture in my life a couple of years later when he left ‘BCN for a Nieman Fellowship at Harvard, then went on to ABC, Globalvision, Artists United Against Apartheid, etc. and continued to make an impact, and often a bit of trouble, wherever he went. It was another 10 years before I got my first professional reporting assignment and earned my first dollar in radio. But I owe that assignment, and this job, and everything that came between, to Danny Schechter, the News Dissector (with a major assist from little brother Bill, still a friend and mentor.)

RIP, Danny. Thank you for being your cranky, tenacious, forever-outraged self. Thank you for taking on an idealistic if somewhat clueless kid as an intern. Thank you for inspiring me and countless others to become a journalist, an activist, or just an engaged — and sometimes enraged — citizen.