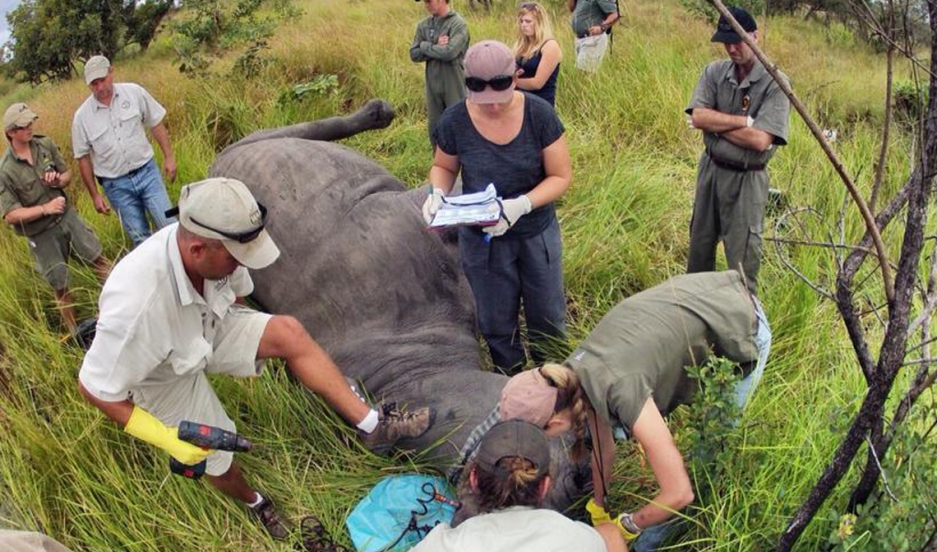 Rhino Rescue staff collect DNA samples from an animal during a procedure.

Rhinos with poison-infused horns are roaming the bush in South Africa, frightening away poachers who don’t want sell a toxic product to their clients in Asia. At least that’s what Lorina Hern hopes.

Hern, the co-founder of the Rhino Rescue Project, has spent the last four years “devaluing” the horns of rhinos by infusing them with ectoparasiticides — or anti-parasite drugs — and pink dye. The dye isn't visble on the outside, and the ectoparasiticides are harmless to the rhinos when injected into their horns. But humans who handle or consume the horns may not be so lucky.

“At a minimum it would start with diarrhea, nausea, vomiting, severe headaches, all the way up to nervous symptoms, which could be permanent,” Hern says. “Some ectoparasiticides also precipitate the development of cancers later on in life.” 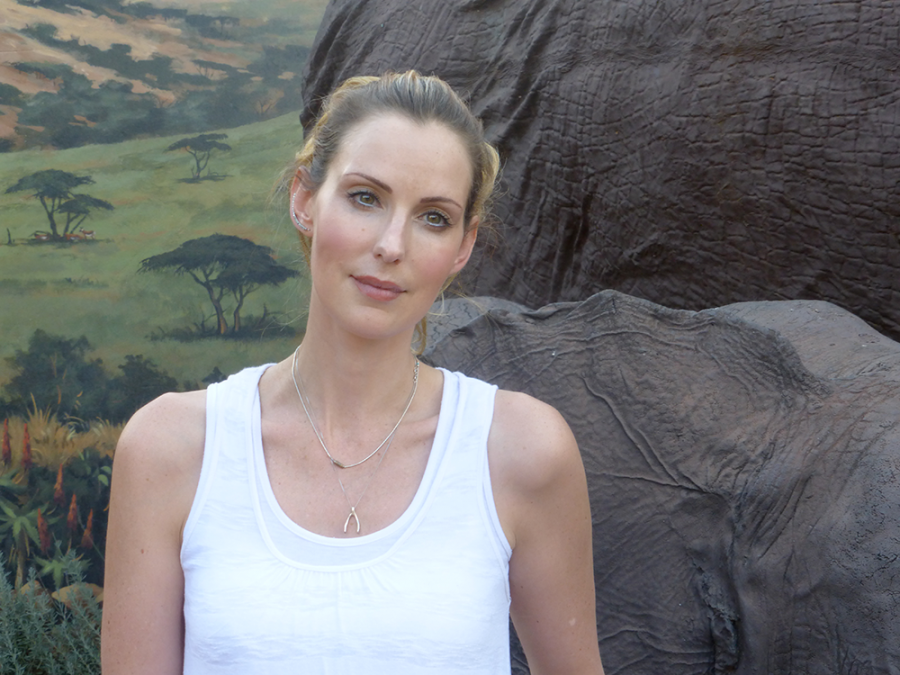 Lorinda Hern is the co-founder of the Rhino Rescue Project.

Rhino Rescue does its work on behalf of wildlife parks and game reserves looking to protect their rhinos from poachers. Wildlife tourism brings billions of dollars into the South African economy each year, and tourists expect to see rhinos on their safari tours.

That makes rhinos expensive: One animal can cost an owner more than $20,000. But the demand for rhino horns in Asia, where they are believed to have medicinal and aphrodisiac qualities, has made a single rhino horn worth 10 times that on the black market, making the animals tempting targets for poachers.

To protect their investments, more and more parks are buying insurance for their high-risk animals. The biggest wild life insurance company in South Africa, One Financial Services, charges $700 a year to insure a rhino against poaching.

“The poaching risk is so horrendous that it is close to being uninsurable,” says Peter Darroll, a development manager for One Financial Services. The rhino insurance business doesn't make the company much money, he says, but it helps them attract business for more profitable policies on animals like buffaloes.

Profitable or not, One Financial Services still requires that rhinos undergo the horn posioning procedure before they can be covered under the company’s policy. It starts with Hern and her team tranquilizing the animals by darting them from a helicopter. As the rhinos begin to lose consciousness, they are laid on their side. Technicians drill three holes into the horn an inject the poison and the dye under high pressure.

The procedure has its risks. In 2012, a white male rhino named Spencer died while under anesthesia, but a veterinarian who was an independent observer believed he had an underlying medical condition. Horns also grow relatively quickly, so the toxins and dye are only effective for four years before the process has to be repeated.

This video from photographer Joey Skibel gives you an idea of what the process looks like in action:

The South African National Park Service has not been supportive of Rhino Rescue’s work. The government organization has co-authored a report critical of the horn-poisoning method and its effectiveness.

"This strategy will never help in quelling rhino poaching in the park because we have so many rhino such that we can't even manage to capture them,” park spokesperson William Mabasa told government news agency SANews. But it's not a full condemnation. “I do think it will be a good thing for the individuals who own few rhinos," he added.

Hern maintains the government is biased against the horn poisoning technique because officials want to eventually legalize and regulate the trade; Rhino Rescue vigorously contests the government report’s findings on its website.

And the goal of the horn poisoning isn’t to poison every rhino’s horn, or even stop poaching all together: It’s meant to sow doubt in the minds of poachers and horn buyers. That's why a key step in the process has nothing to do with the rhinos themselves, but with community outreach. 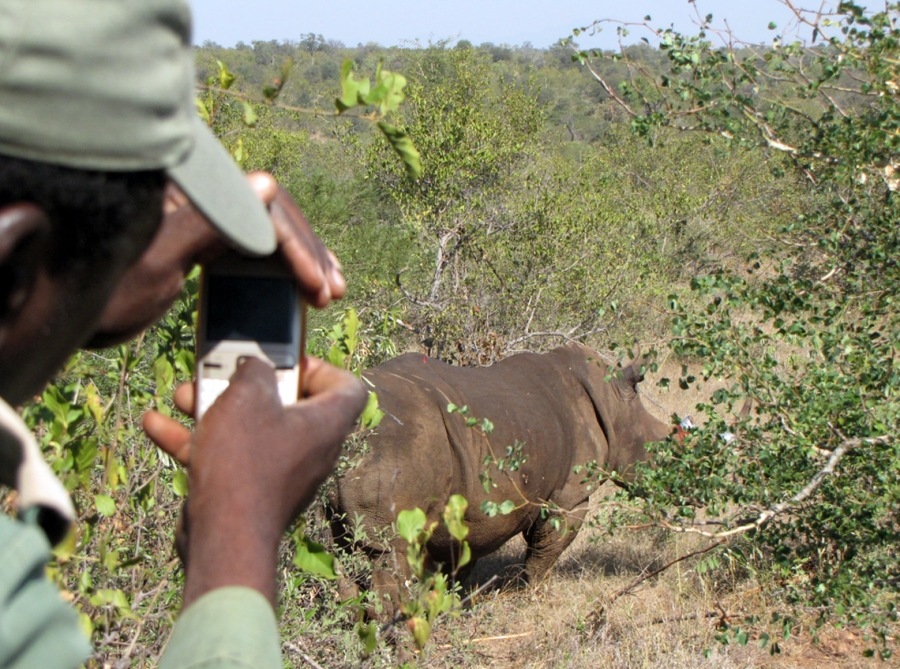 A local takes a photo of Rhino after it has been treated by Rhino Rescue.

Hern estimates that up to 90 percent of poachers plan their attacks based on inside information from park workers or locals. So when a rhino's horn is poisoned, everyone is invited to watch in what Hern calls a “bush telegraph,” or the South African version of the “grapevine.”

No matter the method, Hern sees defending the rhino as her life’s mission.

“I can much easier live with myself knowing that if rhinos still go extinct, it happened despite me and not because of me," she says. "I would hate to look future generations in the eye and have them ask me, ‘Well what were you doing while rhinos went extinct?’ And to have to answer, ‘Well, nothing. I thought someone else was taking care of it.’”