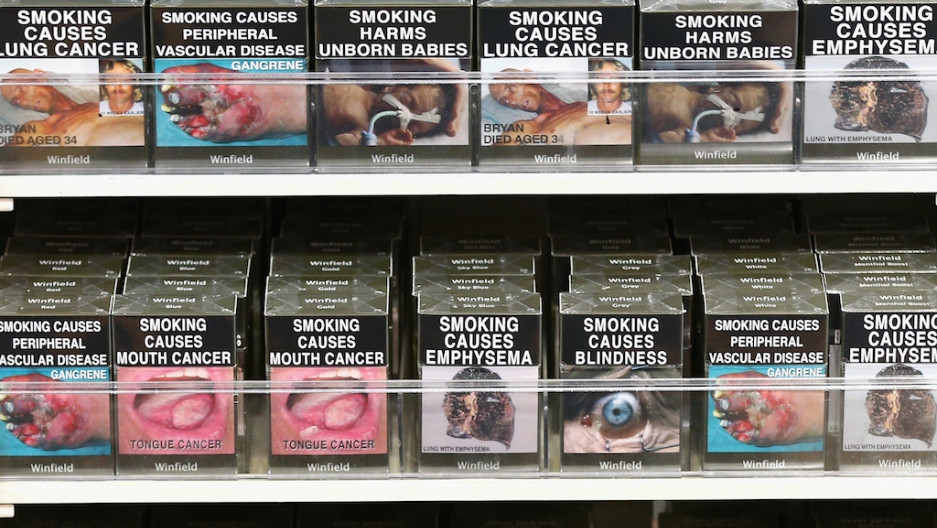 LIMA, Peru — If you thought smoking cigarettes was on the way out, think again.

That may be true in the United States and other developed countries after decades of campaigning against a product experts say kills up to half its consumers. But globally sales have grown as tobacco companies target new markets in developing nations.

The result, according to the World Health Organization, is that smoking is set to kill 1 billion people this century, most of them in poor countries. That's 10 times the 20th century death toll of 100 million.

Unveiled this week, it is intended to help pay for the legal defense of poor countries when big tobacco companies challenge their anti-smoking legislation, often using obscure clauses from trade treaties aimed at ensuring fair competition.

That tactic has become increasingly common around the world, from Asia to Latin America, as the tobacco giants seek to head off the kind of tough regulation that has helped drive down demand in the US.

Just think of tiny Uruguay, locked in a ferocious battle with Marlboro manufacturer Philip Morris since 2010 over a law that bans heavy branding and requires cigarette packs to carry graphic images of disease caused by smoking.

The company claims that the measure violates its intellectual property rights — in other words, its cigarette trademarks — which are protected by the trade treaty.

Middle-income Uruguay, which has managed to defend against Philip Morris so far, is relatively wealthy compared to many of the impoverished nations in Latin America, Africa and Asia that now stand to benefit from the legal fund. It will be administered by the Campaign for Tobacco-Free Kids, a Washington, DC-based nonprofit.

“These trade lawsuits have been intended to stop countries from taking bold action against smoking and, in some ways, they have succeeded,” the group’s president, Matthew Myers, told GlobalPost.

“The fund sends a clear message to the tobacco companies that they will not be able to bully low- and middle-income countries in the way they have tried to do with Uruguay.”

Bloomberg Philanthropies and the Bill and Melinda Gates Foundation have together contributed an initial $4 million to the fund and are now hoping to bring on board other donors.

“Bloomberg has made clear that if the fund needs more money, then it can count on him and Bill Gates to make sure that it gets it,” added Myers.

In a statement, Bloomberg said: “We are at a critical moment in the global effort to reduce tobacco use, because the significant gains we have seen are at risk of being undermined by the tobacco industry’s use of trade agreements and litigation.”

The pair of billionaire philanthropists will also help governments access top specialist lawyers, and provide other technical assistance. That will include expert support in drafting anti-smoking laws to ensure they don’t gift loopholes to big tobacco that allow it to continue pushing its lethal product.

Bloomberg has long campaigned against smoking, donating a total of $600 million to the cause since 2007. But this will be the first time that Gates, who has a longstanding interest in public health, has backed the global anti-smoking battle with his cash.