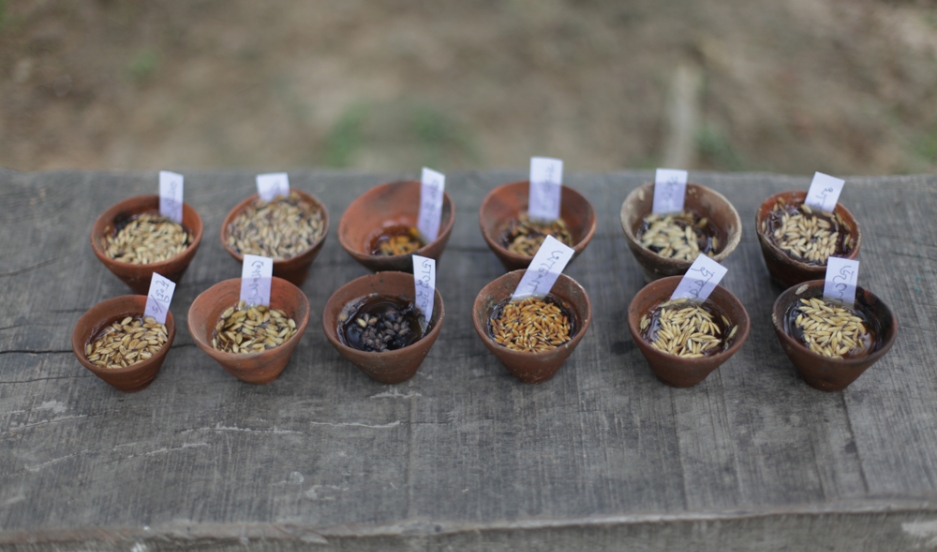 Various kind of rice are indigenous to the Sundarbans. Such native kinds of rice are able to withstand salty and austere conditions better than modern, high-yield rice.

Aila's heavy winds and high waves breached the mud embankments that protected the Sundarbans, the world's largest continuous block of mangrove forest in the world. A deluge of salt water from the Bay of Bengal turned drinking water brackish and affected 300,000 acres of cropland.

As floodwaters subsided, thin white lines of salt appeared in the soil. For the area's rice-dependent agrarian inhabitants, this was a cause for serious concern: Modern, high-yielding varieties of rice could not grow in such salty conditions.

So a month after the catastrophe, Debal Deb, a plant scientist and founder of Vrihi, a non-governmental rice seed bank, visited three villages in the Sundarbans that were struck by the cyclone. He brought with him four varieties of indigenous rice from his own seed bank that could tolerate high levels of salinity in the soil — ones he had collected from Sunderban farmers back in 1997.

Most traditional rice varieties, including the ones Deb carried that day, are adapted to local climates and regions. But with the advent of modern varieties of rice, local varieties went out of use. Many were subsequently lost. When Deb brought his salt-tolerant varieties to the Sundarbans, only one was still being grown by local farmers. The other three remained only in their memories. 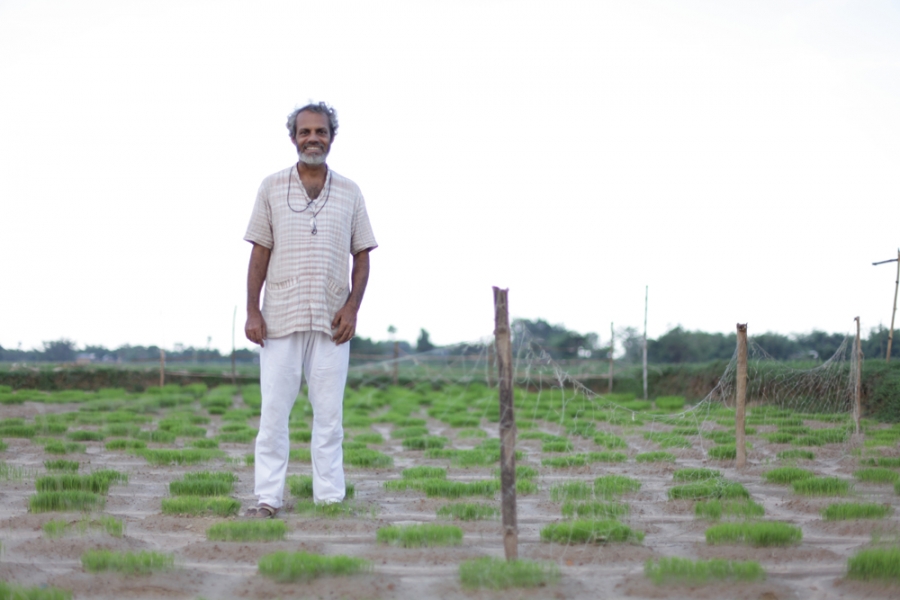 So Deb and a of handful of other rice conservationists in India are trying to keep those varities alive. Deb's seed bank holds more than 1,000 different kinds of indigenous rice, which he grows on his 2.3-acre farm and distributes to farmers for free. Some of these varieties, like the ones he reintroduced to the Sundarbans, are salt-tolerant. Others can withstand long bouts of drought or floods.
They can also be improved, not just preserved: Deb managed to double the salt-tolerance limit of two of the Sundarban varieties — Lal Getu and Sada Getu — by meticulous selective breeding of the crop at different salinity levels.

The farmers were initially suspicious of the salt-tolerant varieties, Deb says: “They had received many seeds from the government, but none of them had grown in their saline soil after Aila. When they saw that the seeds I gave them were germinating, they were very happy.”

“These varieties are financially lucrative,” explains Asish Ghosh, the president of ENDEV. “They do not require costly inputs of fertilizers or pesticides, and produce better quality straw for cattle feed and roofing of houses.”

In 2013, Deb reintroduced two additional varieties of rice, Matla and Hamilton, which he received from other plant scientists in West Bengal. As of 2014, he says, more than 70 farmers in the Sundarbans are growing the six salt-tolerant varieties.

Radheshyam Das, a 52-year-old rice farmer in the village of Jhupkhali, is happy with his rice yield, which he measures in units of land area called bighas — about a third of an acre. “Since Aila, my rice production with high-yielding varieties fell to about two bags of rice per bigha,” he says. “Last year, with the salt-tolerant variety, I had a harvest of seven bags per bigha.”

In another village on Mousuni Island in the Sundarbans, Sindhupada Middya experimented with a salt-tolerant variety and a modern variety. The plot of land he grew them in lay close to an embankment and would frequently be inundated by salt water during high tides. While the salt-tolerant variety yielded 240 kilograms of rice from less than one-tenth of a hectare of land, the high-yielding variety produced nothing.

His success encouraged almost 40 other farmers on the island to adopt these salt-tolerant varieties, according to Soma Saha, member of the WWF-India team that has been introducing these rice varieties as part of its climate change adaptation initiatives.

Rising sea levels, changing rainfall patterns and the increasing frequency of cyclones like Aila are expected to continue eroding and submerging islands in the Sundarbans. The resulting salt intrusion will likely render crop fields unsuitable for modern rice varieties.

But by combining science with traditional knowledge, says Ghosh, ENDEV's president, farmers will still be able to feed themselves and their communities.

“We did not develop these varieties,” Ghosh says. “The farmers did, many many years ago. Some of us simply rediscovered their 100-year-old traditional knowledge, located the seeds and motivated the farmers to start using them again.”

This story was originally published by Ensia, a magazine showcasing environmental solutions in action. Shreya Dasgupta produced this article as a participant in the Ensia Mentor Program. Her mentor for the project was award-winning environmental and science journalist Michelle Nijhuis.