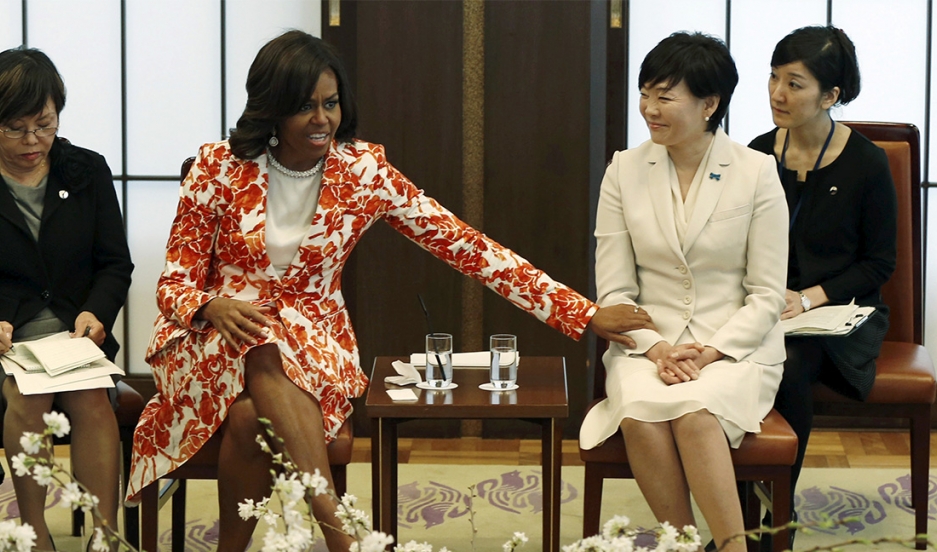 Though the message was part of her promotion of a White House initiative for girls and women in developing nations, it was particularly apropos for Japan, which has remarkably low female workforce participation.

"When were you confronted with an old fashion belief or attitude about women? And what did you do?"

In an event Thursday, Obama highlighted the 62 million girls who are not in school as a “crisis” for societies worldwide. And pointed out that it’s not just infrastructure —but often old-fashioned attitudes and beliefs — that are holding women back.

"If we’re being honest with ourselves,'' Obama said, "we have to admit that these kinds of challenges aren’t just limited to the developing world.”

Japan does have many successful career women who find ways around the strictures of traditional work culture, but often women drop out after they get married or have children. Reasons vary — fossilized ideas of what work culture should be, inflexible employers, and a lack of programs and support, from adequate maternity leave to reasonable day care. 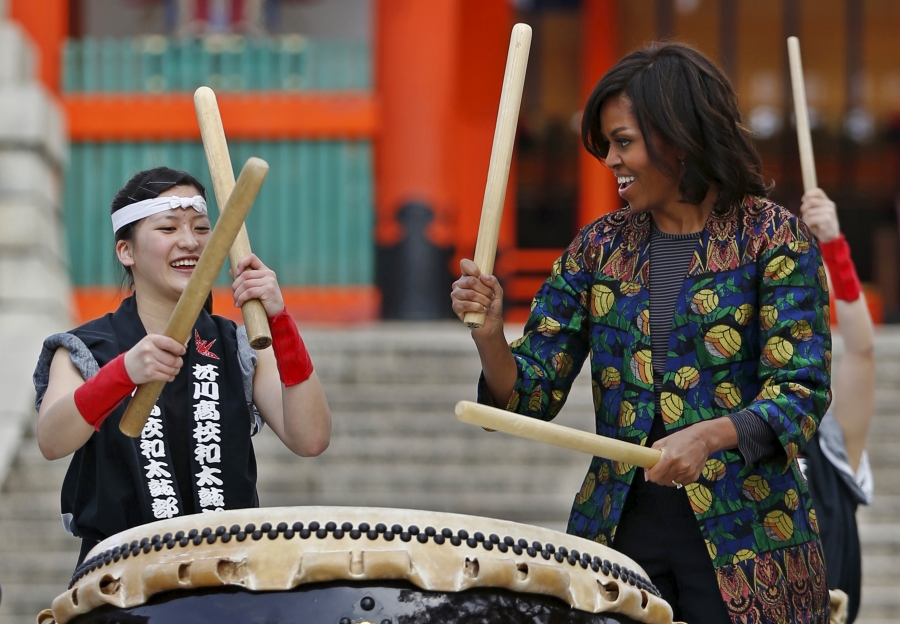 Obama said moms in the US struggle with old-fashioned ideas that women cannot be both successful professionals and mothers. She’s been able to do it because of support from her family and flexible employers. But ultimately, even though she came from a poor family and background, she was able to succeed because of education.

Obama referred to Prime Minister Shinzo Abe’s Womenomics plan to increase female participation in the workforce, using a popular catchphrase, "create a society where women 'shine.'” But women's advocates say Womenomics has been more show than substance so far.

What can people do to improve gender equality in their community? 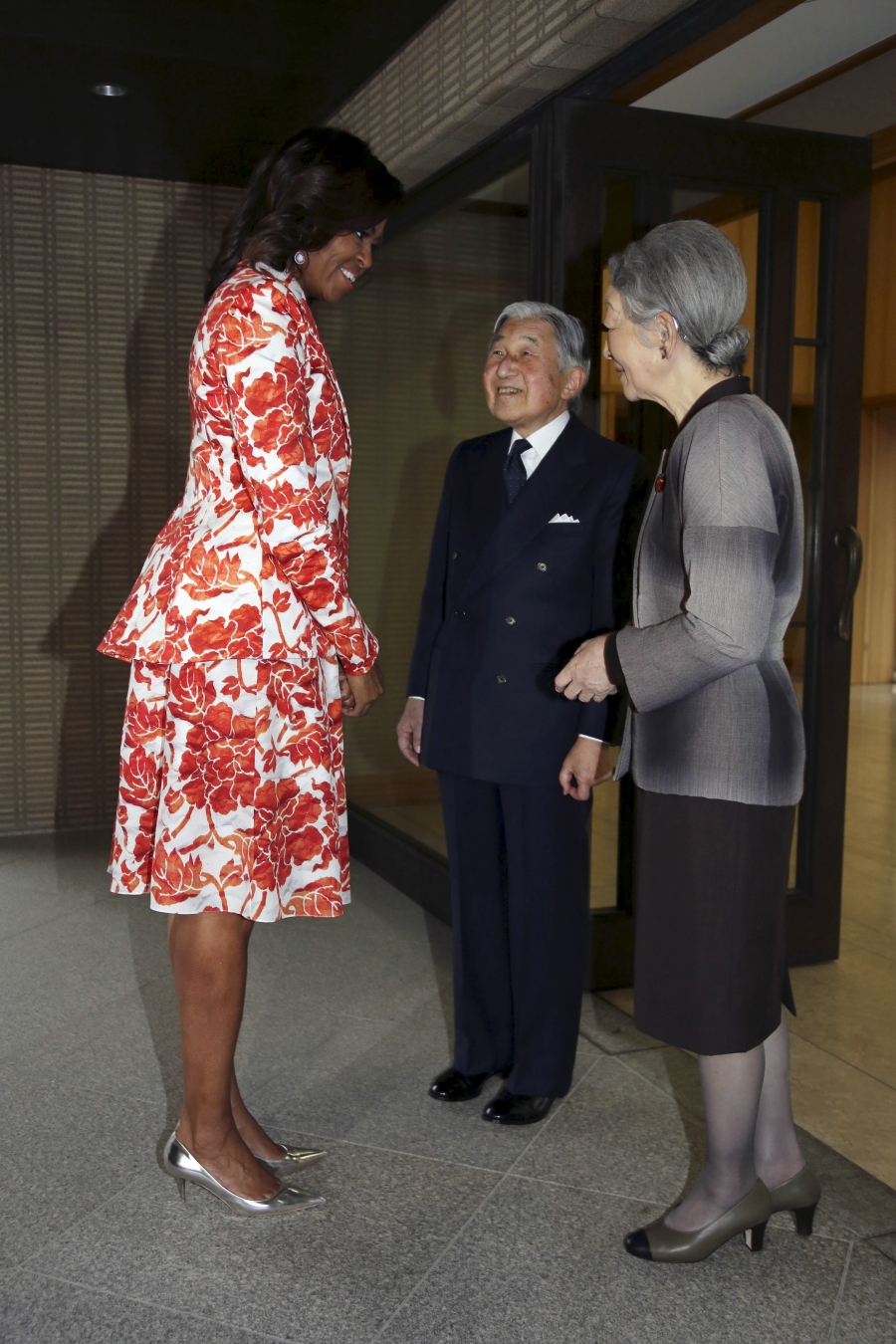 U.S. first lady Michelle Obama talks with Emperor Akihito and Empress Michiko upon her arrival at the Imperial Palace in Tokyo on March 19, 2015.

Dr. Yuki Senda of Musashi University says there has been quite a bit of sarcastic criticism of Womenomics, especially in reference to that phrase.

“If you read the English word ‘Shine’ with the Japanese pronunciation,” she says, “it would be: Shi-ne, which means ‘Die.’ Abe is telling women, ‘shine more, shine more! In other words, work hard at work and also as moms, increasing expectations and the burden on them, but without any increased support. So he’s saying shine, shine! But really it’s ‘shi-ne, shi-ne.’ Die from all that overwork.”

Many viewed the trip, the first stop on an Asian tour that includes Cambodia, as a sort of a "makeup.” President Barack Obama came to the island nation last year without the first lady and locals were very disappointed.