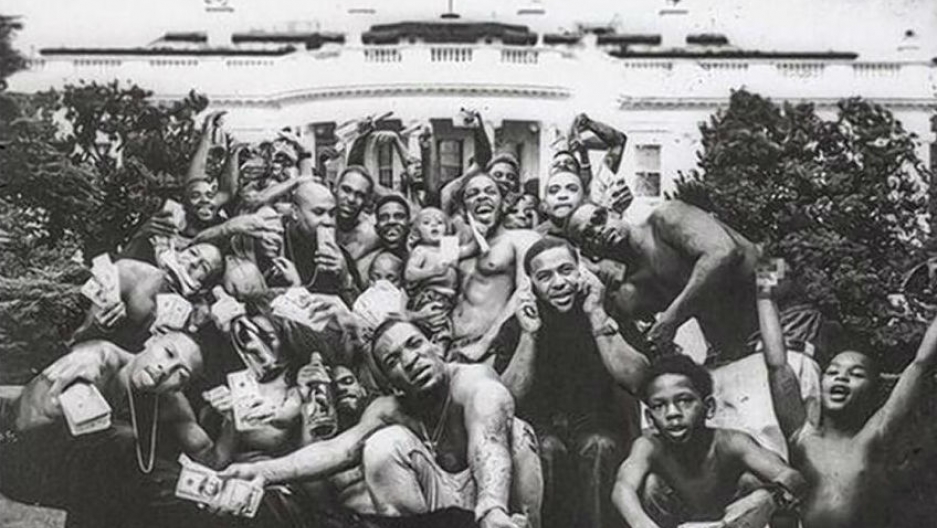 This week in "Thanks, Internet" ---King Kendrick drops his new album, the sexism behind Pixar faces, Buckminster Fuller gets animated, a Reddit user pitches the greatest Batman film of all time, and the movie dance scene supercut you know you wanted.

1. To Pimp a Butterfly

I've been toldthat dropping a surprise album is the new status symbol in popular music.This week a Kendrick Lamar album landed on iTunes, was pulled from iTunes, and put back on iTunes. But it was on Spotify the whole time.It's a jazzy, funky, genre-bending mess of racial politics, poetry, anger, and hope.Kendrick may not be the most commercially appealing rapper out there, but withTo Pimp a Butterflyhe proves he might be the most ambitious.

Blank on Blank has set some amazing audioto animation---interviews with David Bowie, Janis Joplin, and David Foster Wallace. This week, the gang stepped away from the arts and toward science with a short on Buckminster Fuller. They got a few new animators to refresh the format.At one point Bucky's face becomes one of his iconic geodesic domes. And the female characters have different faces.

Why settle for Batmanwhen you can have Batmens?
(Reddit)
Reddit is a lot of things, including a place to pitch movies, apparently. This week, a user named Satanslittlewizard pitched a far-fetched ideafor an epic Batman movie. But knowing Warner Brothers' reliance on Batty,it's not actually all that farfrom the realm of possibility.

Whenever I see a dance scene in a movie, I know they're playing with my emotions, but I usually give inanyway.This week we got a supercut to pay tribute to some of the more unforgettable suchscenes from a YouTube user named MsTabularasa.It's three minutes and 20 seconds from from the original Footloose, the re-make of Footloose, The Breakfast Club, Mary Poppins, Tom Cruise in Tropic Thunder, Tom Hanks in Big, and about 100 more. It's Friday. Dance.