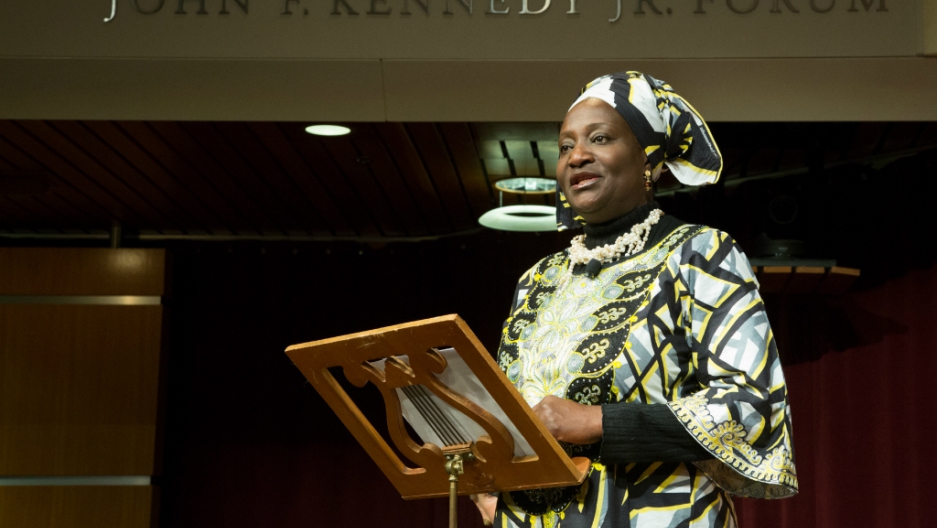 JOS, Nigeria — I live in Jos, a city in the middle belt of Nigeria surrounded by a beautiful mountainous landscape. It was once considered a center of peace and tourism, but incessant religious violence has bedeviled it since 1994.

Until the moment my life changed in 2010, I avoided getting involved in the hostility; I just tried to keep safe.

My life as a Christian preacher was rarely easy, but I enjoyed a good deal of comfort. Our family had a nice house, and we moved through our days in a familiar routine. We were doing good work, all of us, in a rhythm that seemed unbroken.

That all changed when more than 500 Christians were massacred in a village near my house, in an explosion of violence involving our Muslim neighbors.

Armed with machetes, Islamic militants showed no mercy as they slaughtered women and children, including an infant only four days old.

I gathered with friends and we wept for days. We were used to periodic violence between Christians and Muslims, sometimes perpetrated by angry mobs, other times by Boko Haram. But this time, violence had invaded women’s bedrooms, where they were roused from sleep and killed.

The atrocities shook us to the core. Witnessing our grief, my husband challenged us, “Is that all you women are going to do? Cry?” His challenge inspired me to lead a march to protest the violence —100,000 women in the streets, a real show of strength. We let our leaders know that we would no longer remain silent.

Then we learned that this massacre was a response to an attack by Christians against Muslims in another village. And after that brutal assault, Muslim women had also organized and poured into the streets to demonstrate. The men in power ignored both marches. And the killings continued.

I decided that the only hope was to forge an alliance between Christian and Muslim women. Even though I was a minister charged with loving my enemy, this was no easy task.

My family house, where my mother lived for 35 years, had been burned to the ground by Muslim men. This was the house where I grew up. Memories were made there. And decades’ worth of photographs and other mementoes of our family were destroyed. I was devastated and filled with anger.

After lengthy prayers and hard work within my soul, I eventually was able to look Muslims in the eye, and truly forgive and love them. To do that, I had to remember that they were human beings as well, many with their own pain because of attacks and insults inflicted on them over the years. I knew that peace had to begin with me, from within.

I reached out to my counterpart, Khadija Hawaja, who had led the Muslim women’s march. Our first meetings were secret, and could not be held in either my community or hers because we would have risked attack. But we persevered and co-founded our nation’s first organization of Muslim and Christian women, called Women Without Walls Initiative.

Together we engaged in a wide range of activities from caring for orphans to encouraging the voices of mothers as a force for moderation in families. We advocate for good governance and for more women in the ranks of political leaders at every level.

More recently, we campaigned for rescuing the schoolgirls kidnapped by Boko Haram in Chibok, leading an interfaith march to the governor’s office in Jos to demand action.

Above all, we work in poor, volatile neighborhoods that are breeding grounds for foot soldiers and other young people prone to violence. We say to them: “Think of us as your mothers.” No one else takes the time to engage with them, so they are receptive and open to changing their ways. That is how the cycle of violence is disrupted — one soul at a time.

Strength is necessary for any Nigerian woman waging peace. In my country, violence is perpetrated between ethnic or religious groups in a seemingly endless cycle.

Fortunately, I am strong. I grew up in a family with two sons and eight daughters. In my culture, as in so many others, giving birth to a girl was considered unfortunate. But having eight? That was like a disease.

Luckily, my father was different; he thought and acted against the cultural grain. So, on the meager salary of a policeman, he made sure that his daughters were educated right alongside their brothers.

Although he died when I was only 11, my mother wisely continued to raise her daughters and sons as equals. Thanks to them, I have never shied from my calling — whether as the first woman to pastor a church in my state or as a peacemaker bringing together divided communities.

Violence between Muslims and Christians still rocks our nation. Warriors at home and around the world are using religion as a tool in what is actually a political problem. But let there be no doubt. Both faiths embrace the principle of peace, as do all of the world’s religions.

The challenge is great, but the women of Nigeria are even greater. Together, across the continuing divide, we will build a bridge of understanding and peace. It may take a lifetime, but a lifetime is just what we have.

Pastor Esther Ibanga is founder of the Women Without Walls Initiative and a member of the Institute for Inclusive Security’s Women Waging Peace Network. She is recipient of the 2015 Niwano Peace Prize in recognition of her work promoting peaceful coexistence.