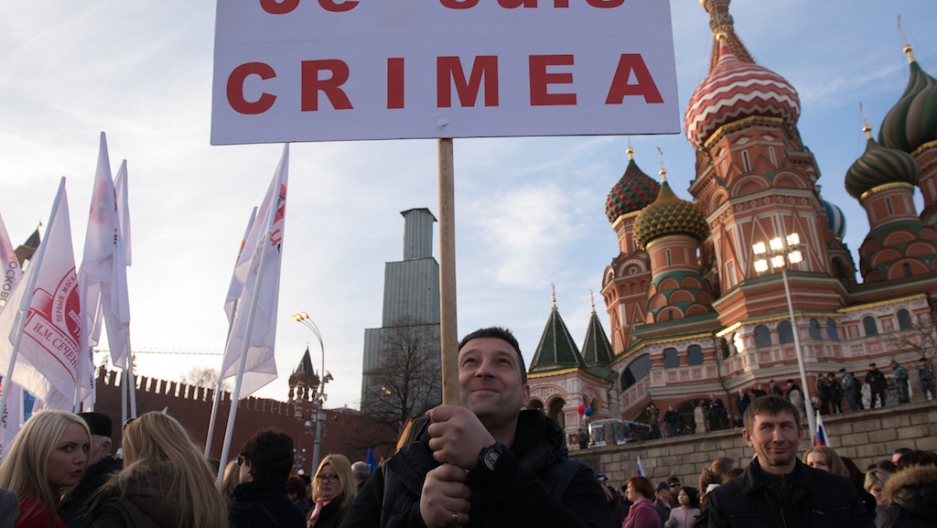 A man holds a placard reading: "I am Crimea."
Credit: Alexander Utkin
Share

Many Russians and Russian-speaking residents of Crimea are partying this week. They're marking the first anniversary since President Vladimir Putin signed the decree that annexed the Black Sea peninsula from neighboring Ukraine. That move set off a seismic shift that shattered Russia's relations with Ukraine and Western powers.

Except for a handful of countries — including Syria, North Korea and Afghanistan — most of the world refuses to recognize Russia's peninsula grab and still sees Crimea as a Ukrainian territory. Try telling that to the jubilant revelers in this photo gallery photographed Wednesday by Getty and Agence France-Presse.

Still, there are some serious problems that have come with purportedly being part of Russia, as GlobalPost's Dan Peleschuk reports here.