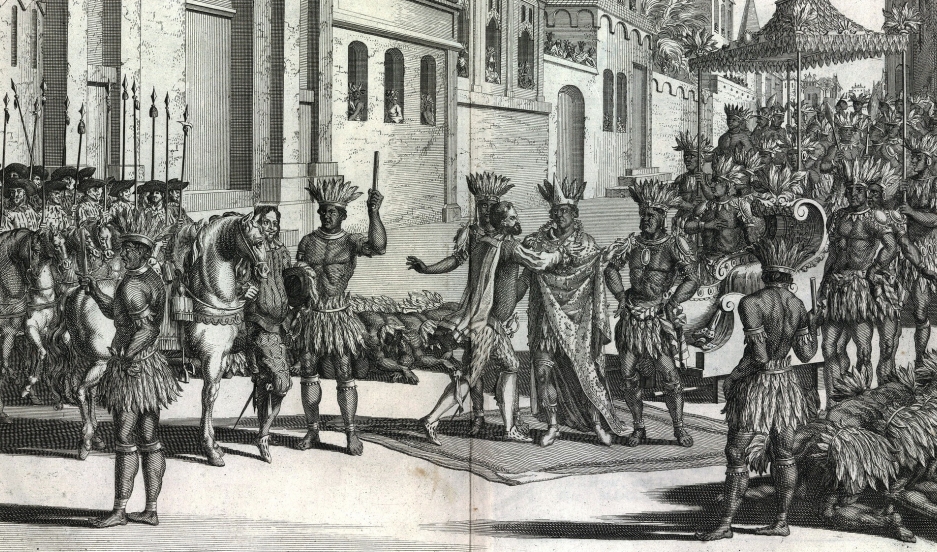 An illustration from an 18th century history of the conquest of Mexico by the Spaniards.

We've long known that human activity can change our environment, but when exactly humans started to irreversibly alter the Earth has been an open question. Now new research from scientists at University College London has offered up 1610 as the official start of the Anthropocene era — the "age of humanity."

“From movements of species across continents, to damming major rivers, to increasing greenhouse gases in the atmosphere, we know we’re having a massive impact on the Earth," says Mark Maslin, a professor of geography and one of the study's co-authors. “What we wanted to define is when did we start doing that.”

Maslin and his research partner, Simon Lewis, looked for sharp shifts in historical carbon deposits in the Earth. They found marked changes around the year 1610, which Maslin attributes to European colonization of the Americas and the subsequent increase in new species of plants and animals.

“We started to move species around the planet," Maslin says. "It’s the first time that the Old World and the New World joined together." And, as history shows, that explosion of trade was accompanied by disease and death.

“When we annexed the Americas, we brought over a lot of diseases, particularly smallpox," Maslin says. “By the end of the 16th century, nearly 50 million people in South America had died due to this disease, starvation — and a little bit of genocide.”

Those mass deaths created major changes in the environment. "The key thing there is that [they were] all farmers," Maslin explains. "The land that they cleared started to grow back with natural vegetation, both with forest and savannah."

And as all of those new plants sucked up CO2 from the atmosphere, levels of the greenhouse gas began to drop, creating "a signal in the atmospheric carbon dioxide record" for scientists like Maslin to see centuries later.

The researchers also saw another spike in 1964, a year that signaled the “bomb spike.” In 1963, the US and the Soviet Union signed a treaty banning nuclear tests above ground or underwater. The next year, according to Maslin's research, the levels of radioactive Carbon-14 in things like tree rings, which had been rising since the dawn of the nuclear age in 1945, finally peaked and then dramatically dropped away.

Though the authors had a scientific obligation to report both dates, Maslin believes the earlier date is the stronger indicator of the start of a "human age."

“We feel that 1610 really leaves the mark," he says. "We found that the only thing as humans that we cannot undo is the mixing of species between the two continents.”