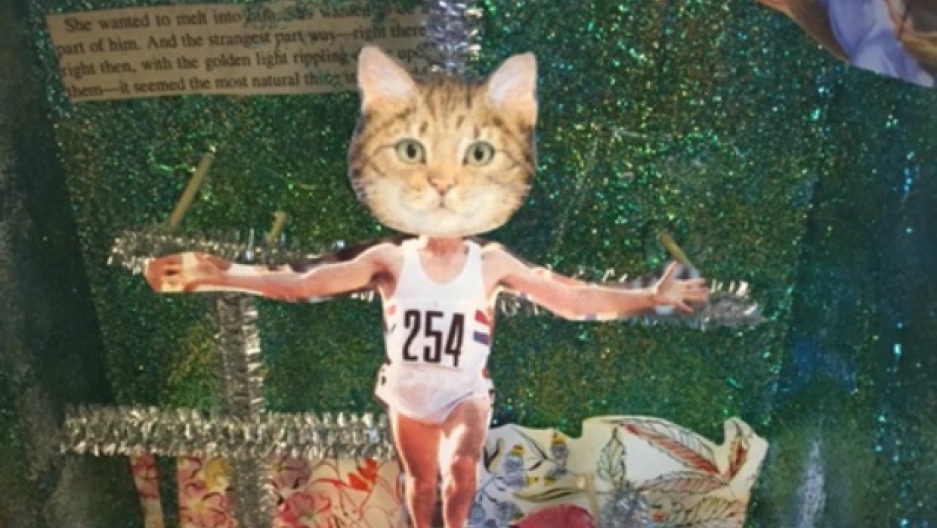 This year, Charis Stiles decided to make a new diorama every month as her 2015 Creative Resolution.So far, it's been a little harder than she anticipated.

February has been a rough month for making art! On a personal level, I've battled major colds --- so much coughing! --- and I'm in the middle of changing jobs as I prepare to return to hospice social work. My art process has been a fun refuge at times, and a frustrating series of aggravations at others.

Initially, I wanted to continue the theme of tarot cards from Januaryand I designed a small diorama to celebrate the lunar new year using old tarot cards I found at a thrift store years ago to make the goat. I thought I'd try my hand at making my own box, which is one of my goals this year. I bought some simple balsa wood and measured it out, cut it, decorated it with glitter pipe cleaners (of course), and then discovered the sides did not exactly meet up when I went to assemble it. Like, really did not meet. Like, really, really did not meet. This was more comical than frustrating, and instead of trying to rebuild the box, I decided to just glitter an existing box. In my experience, glitter can erase even the most nagging thoughts. 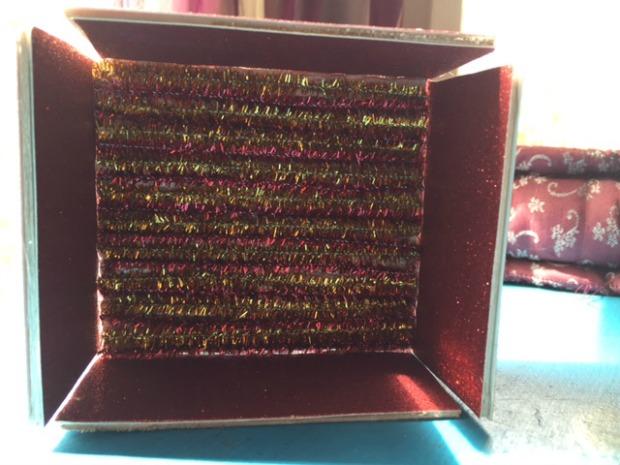 My attempt to construct my own box
(Charis Stiles)

Once the glitter was in place and dried, I got ready to assemble the overall diorama again. I pulled out my favorite hot glue gun and got my tarot card goat ready, only to discover I had lost two of the goat's legs!

That's it --- I got really disheartened and frustrated. I took a week away from art, and then I turned my energy onto what I was thinking March's diorama would be: a mandala diorama using cats and themes of masculine/feminine energies. Sounds easy enough. I was committed to making this a simple design, but I just found myself creatively stuck. I went through so many images and magazines, sketched sample constructions, and attempted several layouts. I just couldn't figure out what I wanted it to look like. I have sadly ended February without a single finished diorama.

It's now mid-March and I'm in a similar stuck place as I was before entering the creative resolution challenge, although ideas for new dioramas are flowing easily. One thing I want to learn during this process is how to let the creative energies ebb and flow; is there a way to accept the changes in vision, clarity in execution, and motivation to push myself? Is there something deeper to my creative blocks?

My goals this month are to finally finish my lunar new year diorama --- I need to suck it up and re-make those missing goat legs --- and to at least begin construction on a second diorama. And maybe to not psychoanalyze this process too much...

Update: the day after writing this, I made March's diorama! After venting about being stuck, it all came together! March's diorama is a play on Easter, which I realize can seem very offensive to some people. This diorama is extremely personal and it was very unexpected. 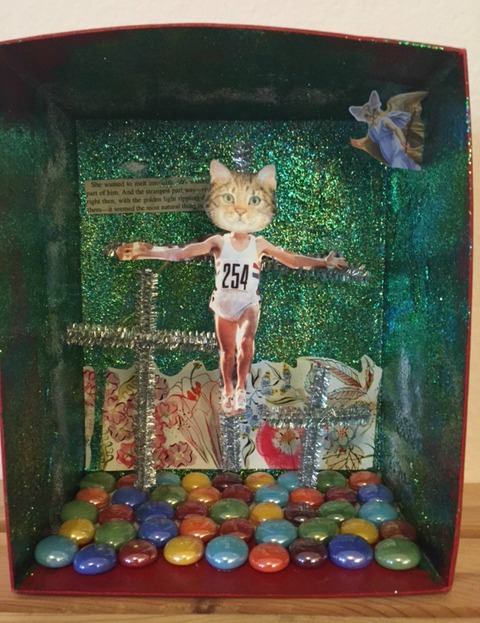 A full view of my March diorama
(Charis Stiles)

I was just this weekend talking about my difficult experiences growing up in the Baptist church around Easter, which included the most gruesome stories about the crucifixion and a tremendous amount of shaming. So. Much. Shaming. Easter was the only time I sobbed my way through a church service. This had a huge impact on me, and let's get real here --- I still carry so much of this with me even though I left the church years ago.