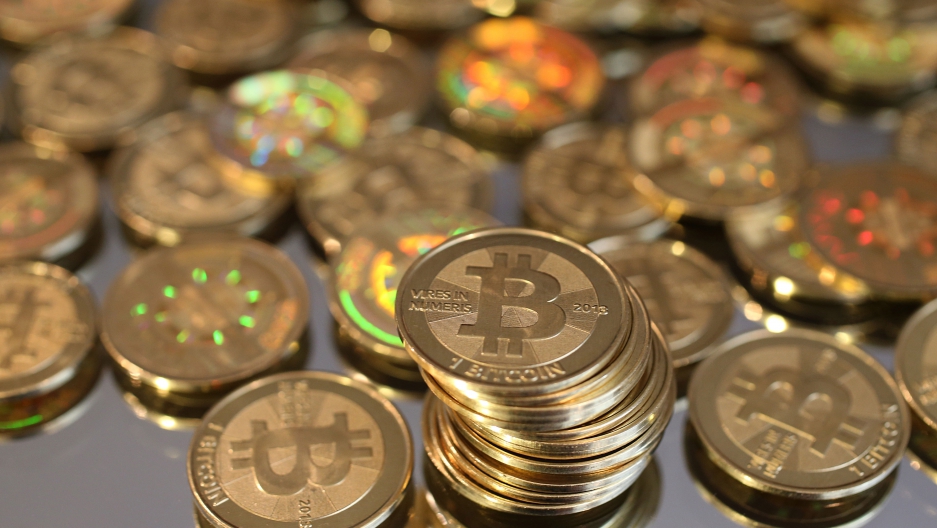 The UK announced on March 18 that it would begin regulating digital currencies.
Credit: George Frey
Share

LONDON — Britain took a significant step towards becoming a global bitcoin hub on Wednesday as the government announced it would regulate digital currencies for the first time by applying anti-money laundering rules to exchanges.

Already the center of the $5-trillion-a-day market for traditional currencies, the UK is fast emerging as a center for digital currencies too, cementing its place as European's financial technology, or "FinTech," capital.

In a report published alongside finance minister George Osborne's annual budget statement, Britain's Treasury said the new regulation would support innovation and prevent criminal use of digital currencies. The proposals will be consulted on early in the next parliament.

More from GlobalPost: Meet the UK activist whose life's work is arguing that pedophilia is OK

Tom Robinson, co-founder of Elliptic, the world's first bitcoin insurance vault in London, and a board member of the UK Digital Currency Association, said the new regulation effectively served as a "stamp of approval" from the government.

"It provides enough oversight to provide legitimacy without stifling innovation," he said. "I think it is a good balance between on the one hand the U.S. and specifically New York, which I think have gone too far, and what a lot of countries are doing which is just completely ignoring it."

The potential for digital currencies to be used for illicit financial transactions has led many to steer well clear of the them. They were dubbed the "Wild West" of finance by U.S. regulators last year, since they are not backed by a central bank or government like conventional money.

The so-called "cryptocurrencies" are also prone to wild swings in value and can be a target for hackers. Last year Mt. Gox, a Tokyo-based bitcoin exchange, was forced to file for bankruptcy after hackers stole an estimated $650 million worth of customer bitcoins.

More from GlobalPost: David Cameron was pretty much a robot during his Buzzfeed interview

But bitcoin's supporters are numerous, and say that the technology behind it could be revolutionary. Last week Reuters revealed that International Business Machines Corp is considering adopting the technology to create a digital cash and payment system for major currencies.

Even the Bank of England has got behind bitcoin, despite last year warning that digital currencies may be at increasing risk of fraud and could damage Britain's economy if they find widespread use.

In a discussion paper in February, the BoE said digital currencies showed "considerable promise" and that it was possible to transfer value securely without a trusted third party. The bank also raised the question of whether central banks should themselves issue digital currencies.

Along with the Treasury document on Wednesday, the government also released a report from its Office for Science on the future of FinTech more broadly. "Digital currencies such as bitcoin have the potential to replace traditional currency and, by extension, the need for central banking and regulatory systems," the paper said.

The Treasury further announced on Wednesday a new research initiative on digital currency technology, and said it would inject an additional 10 million pounds ($14.66 million) into the area. It will work with the British Standards Association to develop a set of standards that will protect consumers, it said.