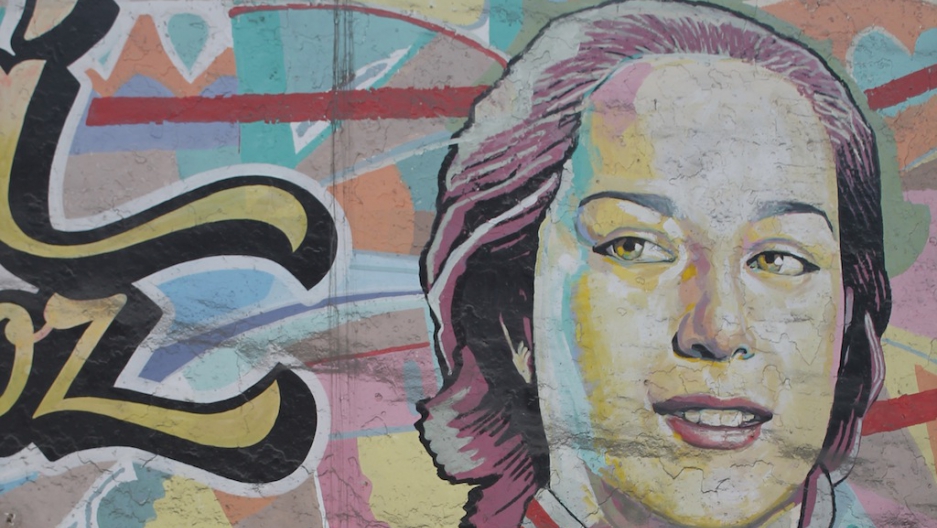 This mural hasn't been painted over yet, but it's threatened with the yellow treatment. It shows Chabuca Granda, the late iconic singer of Peruvian 'criollo' music.
Credit: La Republica
Share

LIMA, Peru — The Islamic State’s destruction of Iraqi antiquities has appalled the rest of the world almost as much as its horrific human rights abuses.

Everywhere, that is, except for Lima, Peru. Or to be more precise, except for inside the office of the city's mayor, Luis Castañeda.

That’s according to Peru’s top political cartoonist, Carlin, who reckons there are parallels between the jihadis’ wanton rampage and Castañeda’s decision to paint over some two dozen downtown murals.

The street art was commissioned by the mayor's predecessor and arch rival, moderate leftist Susana Villaran, during her 2011-2015 term as mayor.

Often in a colorful local style known as “chicha,” after a local corn drink, the murals draw on aspects of Peruvian history, from before the Spanish conquest up to the violence of the internal conflict in the 1980s and 1990s, which killed nearly 70,000.

Here's one of the renderings that got covered up:

Destroying the murals is just one of a number of controversial decisions by Castañeda that appear aimed at eliminating any trace of Villaran’s brief rule.

He has also swiftly moved to dismantle the reforms to Lima’s chaotic and dangerous public transport system. Villaran had begun to phase out the dilapidated, polluting and largely unregulated buses and minivans that race each other for passengers and cause frequent fatalities.

And he reversed Villaran’s decision to open the municipal assembly of this city of 9 million to journalists and the public; all its meetings are now behind closed doors.

Yet nothing seems to have hit a nerve quite like the destruction of the murals.

That may be because Lima can be a grim, gritty city, and the murals provide a rare splash of color and beauty.

As if that wasn’t enough, the paint used to cover up the street art is yellow, the color of Castañeda’s National Solidarity party.

The mayor insists that is just a coincidence. But he hasn’t offered much more explanation, as you might expect of a politician widely known as the “the Mute” for his dislike of public utterances.

In one brief interview, he simply claimed that the murals “don’t go with Lima’s historical center.”

Castañeda’s deputy, Patricia Juarez, who often speaks for him, has been more forthcoming, sort of. In this interview, she appears unaware of the difference between a mural and graffiti, claiming the artwork had caused “serious damage” to the city center.

To the surprise, if not bewilderment, of many, Juarez even suggests that the municipality needed to act before being criticized by UNESCO, the United Nation’s cultural agency, which views Lima’s city center as an architectural gem.

The destruction of the murals, which adorn the walls of relatively new buildings, has sparked a massive outcry. This tweet shows another, also painted over just in the last week:

A conservative populist, Castañeda previously ran the city from 2003 to 2011, and has been unable to shake off allegations of corruption from his first period as mayor. They include a scandal that saw the city lose $12 million, paid to a mysterious front company, Comunicore, linked to a drug trafficker.

The mayor denied any knowledge of the scam and prosecutors ultimately decided not to pursue him over it, but the case continues to dog Castañeda’s reputation.