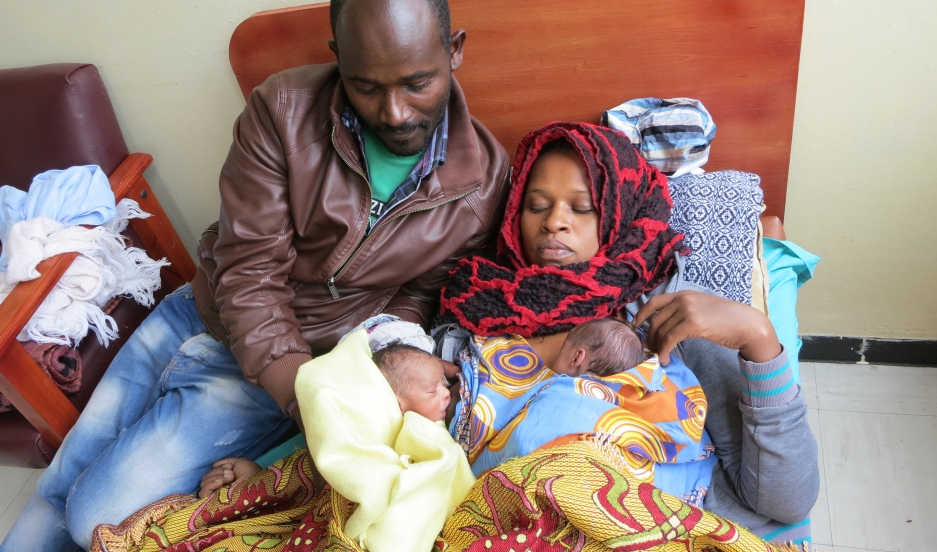 At a hospital in Ethiopia's capital, Wandamu and his wife Lakish have been in practicing kangaroo care for nearly three weeks. Their heavier, healthier twin, can now sleep on his own and is breast feeding healthily. The smaller twin is still in the "kangaroo" position on his mom's chest.

A modest solution is turning out to be the difference between life and death for thousands of infants born prematurely in the developing world.

In hospitals like Zeweditu in Ethiopia’s capital, Addis Ababa, incubators are rare. And when they are available, the electricity supply isn’t reliable enough to keep them running. So staff here are keeping new parents of premature infants in the hospital and, whenever possible, encouraging “kangaroo care,” a technique developed in South America decades ago to safely help premature and underweight babies grow with the help of skin-to-skin contact.

As soon as a baby is born — as long as there aren’t other major medical issues — the infant is put naked on a parent’s bare chest, generally the mother’s. The baby stays there as long as necessary: days, weeks, months even — tucked in tight by wrapping a blanket around both the baby and the adult.

A pair of twins and their parents have been in the hospital for nearly a month. One baby was born weighing less than three pounds, the other less than two, so mom and dad were each wrapped up with a baby for nearly three weeks. Now, the heavier twin is healthy enough to sleep on his own. The second baby is still getting there.

Wandamu, the babies’ soft-spoken father, smiles sheepishly. “Initially ... they weren't able to feed properly, but now we are seeing them breast feeding and we are very happy,” he says, as his wife, Lakish, nods in agreement. The tiny infants are strapped to her chest still.

That feeling of happiness is crucial in Ethiopia, where people sometimes assume that an especially premature baby won’t survive.

“Unfortunately some communities will say, ‘God made his judgment,’ and the baby will be put somewhere to die. That baby might actually survive if it's close to its mother,” says Alice Allen, who’s been teaching a group of nurses at Zeweditu Hospital the techniques of what’s now called Kangaroo Mother Care, or KMC. 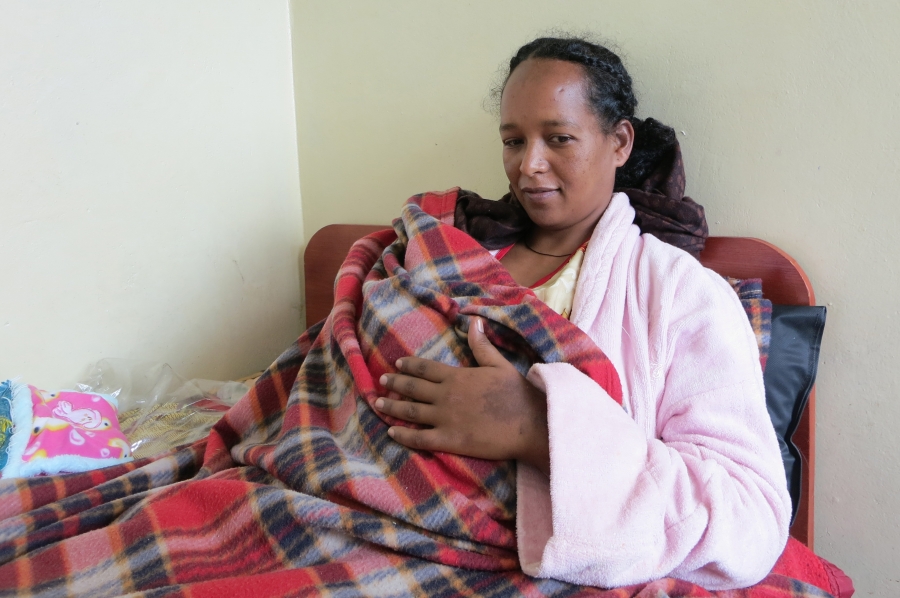 New mom Birtukan is just starting kangaroo care with her daughter, who is eight days old. She's has spent the past week recovering from a very difficult delivery, her doctor says, while her baby needed urgent medical care and stayed in an incubator.

For some exhausted parents, though, the demands of KMC are difficult. Birkutan, a 30-year-old, first-time mother, has been here three weeks now. Her eyes look tired. Having a baby attached to her chest 24/7, and trying to sleep propped upright, isn’t conducive to rest.

Birtukan had her baby two-and-a-half months early. Because of health issues, the baby had to stay in an incubator for a week. Afterwards, nurses wrapped the baby onto Birtukan’s chest for KMC. But right now, she’s worried.

“The weight of the baby feels less, so I don't believe that KMC is helping,” Birtukan frets. Because she fears her daughter won’t survive, she hasn’t given the baby a name yet. The nurses are trying to ease her fears.

Researchers weigh in on Kangaroo Care

In Ethiopia, plenty of measures have been taken to help keep mothers and babies alive: In recent years, they’ve built more roads and health facilities in remote places for easy access and they’ve invested in maternity wards and infant ICUs. All this investment seems to be working: The number of kids who don’t make it past the age of 5 has dropped four-fold since 1990. But a lot of these measures need regular electricity and a lot of money to keep afloat — both of which aren’t in plentiful supply in Ethiopia. Nor are doctors.

“[KMC] takes away the time the doctors have to spend,” Allen explains. “You don't need the technology to do it, so it's absolutely perfect for developing countries, which seems a complete no-brainer.”

As long as parents can feel the pay-off of what can be a fraught and difficult time, that is. Wandamu and Lakish now do. “The more we are caring and holding the babies, the more our love grows as well,” Wandamu says.

Dalia Mortada’s reporting was made possible with a fellowship from the International Reporting Project.