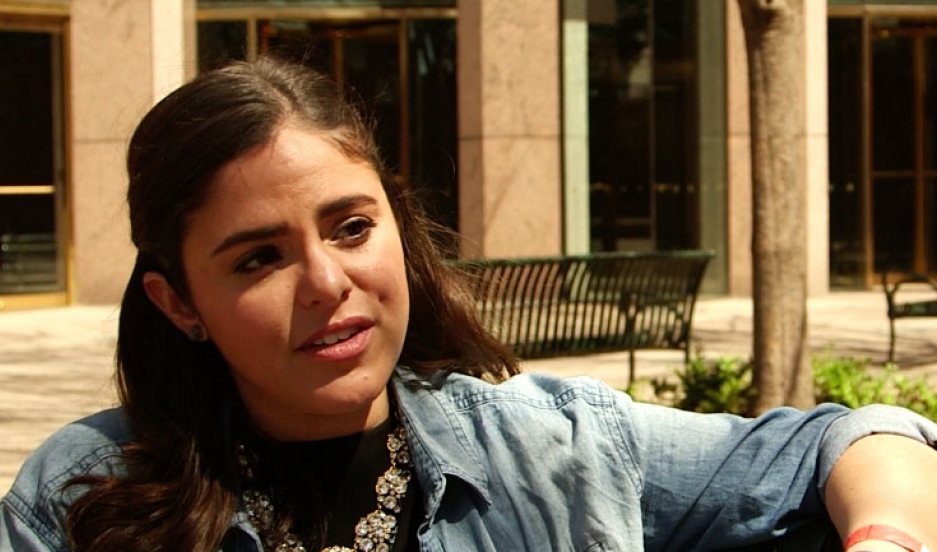 Vivian Graubard talks on a bench in Austin, Texas. She's the US Digital Services advisor to the White House's Chief Technology Officer.

Activists and campaigners aren't the only people trying to use digital tools for social change: Even the White House is getting in on the act.

"I've never been asked if I'm an activist before," she says. "I think that even from a young age, I've just always been incredibly outspoken. And so perhaps I'm an activist. But this is my job at the White House. I have worked on combating human trafficking and preventing sexual assault on college campuses, and I am incredibly fortunate that it just so happens that the job that I get paid to do and have the honor of doing is also exactly what I care about most in the world."

It's difficult work, but Graubard is motivated by her family history. She's the daughter of immigrants — her grandparents were Cuban refugees and a father has a Colombian background. "It is not lost on me that, if not for immigration and everything immigration allows for, I would not be here," she says.

But what if she didn't have the platform of the US government to do her work? What would she be doing? She says she'd try to make sense of what she cares about the most, likely fighting gender based violence.

"It hurts me to the core to know there are people in the world who face abuse every single day," she says. "We need to be able to provide for them and to care for them in a way that we are not doing today. It tears at the moral fiber of our society if we don't take care of the vulnerable."

When she talks about taking on the problem of sexual violence and threats against women, it's tough not to think about the online harassment women face. Graubard admits there's no silver bullet to end such behaviors. But she thinks the tech industry has a role to play in solving this problem. She hasn't been trolled herself, yet.

"The really scary thing is that I'm thinking to myself, even as I speak about this, that when this interview airs will somebody listen to it an be offended by what I've said and are they going to begin threatening me," she says. "It's something I think about all the time. ... It's scary. But I don't want it to silence me either, and I don't want it to silence anyone."