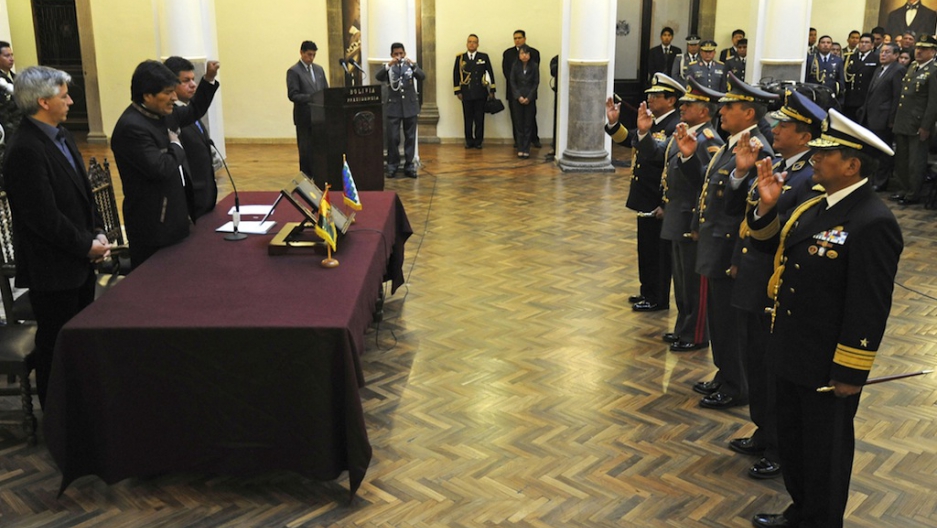 LIMA, Peru — You might think that military culture in Latin America is about as macho an environment as it gets.

But try telling that to Gina Reque Teran, who has just been named Bolivia’s first-ever female army general.

She’s not quite the first woman in the region to make that grade. Chile had a female military police general back in the 1990s. And Venezuela has already had both a female general and a female admiral, with the latter even going on to serve as defense minister recently.

Despite the fact that Venezuela and Bolivia seem to be leading the way for women in the military, their progress has little to do with the leftist politics, including on women’s rights, of either government.

Instead, says Donadio, Reque Teran’s rise is rooted back in the 1970s and 1980s when most Latin American armed forces allowed women to sign up for the first time.

Since then, a select handful of highly driven and competent women have risen through the ranks across the region. Bolivia now has several female colonels poised to follow Reque Teran’s footsteps in their next promotion, to general.

One particular bright spot is Brazil, where 34 percent of all new recruits in 2014 were women, according to Donadio.

Yet, women still make up just 4 percent of all people serving in the region’s armed forces.

“Of course, [the Latin American military] remains an extremely masculine environment, and there is still resistance to the idea of women being in the military,” said Donadio. “But it has also changed a lot recent years.

More from GlobalPost: Latin America’s militaries are making a comeback

“This doesn’t really have anything to do with Morales. This is a decision from within the military, where [Reque Teran] is very respected. The military has been very clear that there is no positive discrimination, so she has got to where she is on merit alone.”

A 53-year-old mother of two, Reque Teran comes from a serious military family.

She is married to another army officer, while her father led the army unit that in 1967 captured and killed Ernesto “Che” Guevara.

The Argentine radical, who had become Fidel Castro’s right-hand man during the Cuban revolution, had been on an ill-starred attempt to launch a continent-wide uprising from the landlocked Andean nation.

That family connection appears not to have been held against her by the Morales administration, which is allied to the Cuban government still led by Fidel’s brother, Raul Castro.

Correction: A previous version of this story misspelled the last name of Gina Reque Teran.