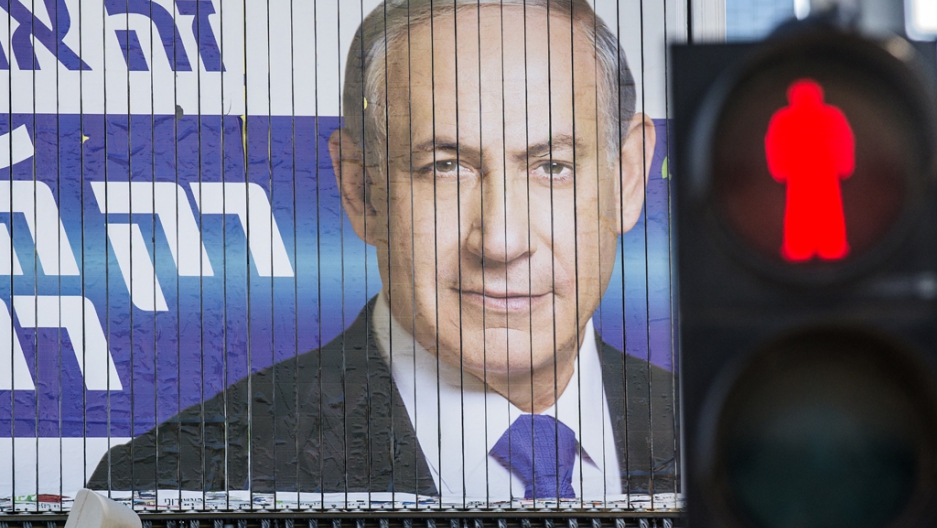 TEL AVIV, Israel — A day before Israel's elections, what seemed like a toss-up between Prime Minister Benjamin Netanyahu’s Likud party and the Livni-Herzog Zionist Union now seems to be tipping in the latter’s favor.

Polls predict that Likud will take 22 seats in the upcoming Knesset while the Zionist Union will take 24.

Netanyahu, known in Israel simply as "Bibi," has served for nine years, longer than any other prime minister in Israel’s history after the country’s founder David Ben-Gurion.

As election day on March 17 draws near the term “Bibi fatigue” is increasingly appearing in the media.

Critics accuse him of being power hungry, lacking vision and failing to address the economic concerns of young Israelis who have long been critical of his tunnel vision focusing on security that has led to thousands being spent on wars while they find themselves unable to find jobs or buy houses.

On March 7, around 40,000 demonstrators gathered to protest Netanyahu.

Netanyahu himself has publicly blamed a global leftist conspiracy.

"There is a huge international effort, with major money, that is partnering up with leftist organizations here and also with media figures in order to bring down the Likud government that I head," Netanyahu said on Channel 2 television on Saturday.

Even those who have supported him in the past seem to think he’s become complacent.

“I love him. He’s given a lot to Israel,” says Eran Bajayo, 27, who runs a juice shop in Tel Aviv, “but because he’s been in government for a long time he feels like he can do whatever he wants.”

“There is a saying in Hebrew, ‘you have to change the broom sometimes,’” says Michal Lewin, 50, “He’s too comfortable in his position.”

Others say the power has gone to his head.

“This is a democracy and he’s ruling it as a monarch,” says Nitsan Biller, 39, “he does whatever he likes and he doesn’t think of any other country or anyone else but his wife.”

Netanyahu’s wife Sara is the focus of much of the electorate’s ire. Earlier on in the campaign she garnered much media attention when she was accused of pocketing thousands in state funds from returning bottles to supermarkets.

A few weeks later, she again dominated the headlines when an Israeli comptroller report revealed that the Netanyahus together had spent $68,000 on makeup and hairstyling and other grooming in two years.

Others accuse the couple of being power-hungry and manipulative.

“He and his wife want to lead. He thinks he’s Frank Underwood on House of Cards,” says Michal Lewin, referring to the protagonists of the American television show in which the couple’s scheming eventually lands them in the White House.

On March 3, Netanyahu addressed the US Congress, focusing on the danger of a nuclear Iran and the Islamic State, as the United States and five other major powers are involved in talks on Iran’s nuclear program that could lead to the lifting of some international sanctions. While the speech was calculated to boost Netanyahu’s support at home, the move largely backfired and alienated many who saw it as antagonizing Israel’s biggest backer and closest ally.

“It was like coming into somewhere you’re not welcome,” says Michal Lewin. She recognized that congressional republicans who welcomed the speech when President Obama refused to meet with Netanyahu had their own agenda.

“They don’t really care about the situation in Israel. They care that Obama didn’t want him to make the speech so they did it and Bibi thought the Israelis would see him as the honorable father but it only really convinced people who were already voting for him.”

Still other detractors accuse him of trotting out the same policies he has talked about since he was in power the first time in 1996.

“I think our leaders should be able to see for us what will happen in 100 years. Netanyahu is thinking about his next flight to London with his double bed in the airplane,” says Lewin.

She adds that the perpetuation of the status quo, while failing to make meaningful progress on the peace process has a negative effect on everyone.

“We are becoming something we don’t want to become. The situation makes you bad. You are in a situation where you have no choice. You end up waking [Palestinian] kids up out of their beds at night because they threw stones.”

Nevertheless Bibi still has his supporters. At a debate in Jerusalem on the evening of March 14, his Likud party received loud applause from a crowd of mainly middle-aged and older voters.