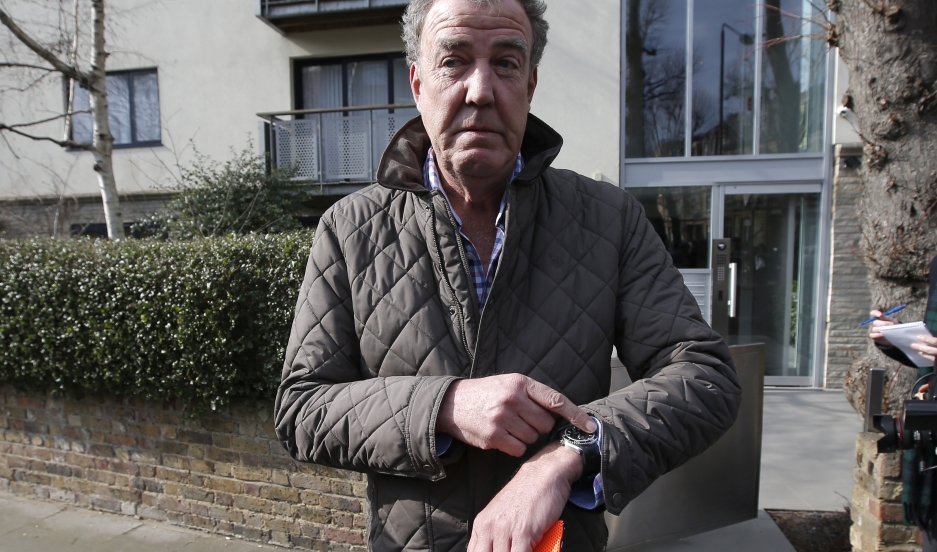 The BBC's Jeremy Clarkson has been suspended following an alleged fight with a member of his production staff.

It's been a tough week for fans of fast cars and loudmouthed TV presenters: The BBC has announced the indefinite suspension of Jeremy Clarkson, the fast-talking anchor of its car show "Top Gear," one of the world's most popular TV shows.

Clarkson was suspended after a violent "fracas" with a producer over on-set catering arrangements.

In the UK, a petition to reinstate Clarkson has already attracted more than half a million votes. But "Top Gear" is one of the world's most popular shows, and Clarkson has a fanbase in many other places, too. One Russian-speaking Twitter user threatened the BBC with retaliation from President Putin using radioactive bears if Top Gear did not return to the air — arguably, this tweet may have lost something in translation.

A version of the show dubbed into Farsi has also been hugely successful in Iran. Part of that success is due to the Iranian version’s meticulous attention to detail in directly translating Clarkson’s voice and turns of phrase.

The man who brings the Farsi Jeremy Clarkson to life is Mozaffar Shafeie, an Iranian actor living in London and Washington. Even he is surprised by the success of "Top Gear" in Iran.

He remembers visiting a group of Iranians living in Kurdistan. At first no one recognized him. “But then I said the word Tonight!” in Persian — 'Emshab!'” he says. “It was like Beatlemania! Everyone was excited and screaming. I had to sign autographs.”

For Shafeie, the key to recreating Clarkson’s style in Farsi lies in breath control. “He takes a long breath and tries to say a whole paragraph in one breath," he says. It's difficult to pull off in English, let along with a translated text. "The text would be much longer than [what I could read] on screen. Some producers suggestd I cut the text, but I said, 'No, I know the way.' And I learned.”

Shafeie is among those who hopes Clarkson will be given a reprieve. “He is a sort of actor. He’s acting a part — after meeting him I realized this," he says. "He’s an extremely gentle soul, very modest and very courteous and very nice. He’s nothing like what we see on screen.”