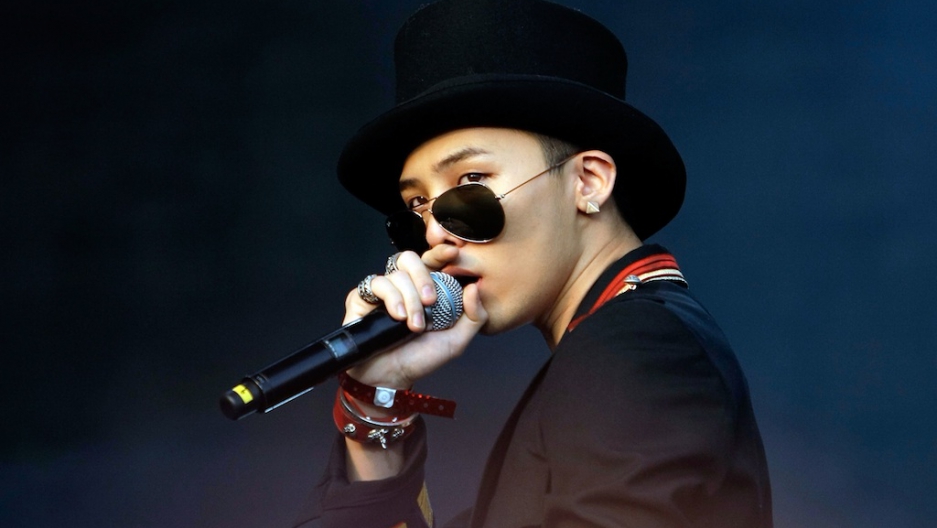 SEOUL, South Korea — There is a glamorous nouveau riche neighborhood in Seoul called Gangnam. You may have heard the song. Gangnam is renowned for its culture of beauty and style. And its plastic surgery.

Hundreds of clinics cater to fashionistas seeking convenience and speed, sometimes at half the price of what you’d find in a place like Beverly Hills. For people in Seoul, this is a place of affluence, of hyper-consumption and high-velocity trends.

It’s a world I’ve never really understood. The Gangnam Dream is nothing like the American Dream I grew up with in the sleepy suburbs of Chicago. But the obsession with plastic surgery in South Korea — my home now — runs so deep, I decided I should try to learn what it is all about.

So I’ve decided to join the ranks of Gangnam high society by dropping into one of Seoul’s biggest plastic surgery clinics. My goal is to transform my face. I want to look like the nation’s most beloved rapper, G-Dragon.

South Koreans get more nip and tucks per capita every year than most anywhere else on Earth. There are endless stories here of crazed fans taking their passion too far, disfiguring their faces with self-administered cooking oil injections, or enduring garish makeovers to turn their seemingly imperfect foreign faces into perfect Korean ones.

An estimated one in five Korean women has undergone treatments, according to a 2009 survey. According to a government watchdog, the nation commands one-quarter of the $21 billion global plastic surgery industry, attracting close to 300,000 medical tourists last year — the bulk of them beauty seekers from China, Japan, Southeast Asia and the former Soviet bloc.

A before and after shot given to me during my consultation. So much possibility.

At 26, G-Dragon — known for his dance swagger and tattoos and flamboyant hair colors — is the definition of a Korean male sex symbol. His hewn physique is splashed all over beauty advertisements, chic magazines and bass-thumping music videos. Female fans adore him. Many Korean men attempt to mimic him.

Me, on the other hand — well, I’m a modestly paid writer with little time for cardio or even a full night’s sleep. And since I don’t rap with a pink hairdo and thick eyeliner, I remain deprived of squealing female fans. Today, I begin my effort to correct that.

The decorated physician Dr. Jong-pil Chung greets me in the consultation room of the Cinderella Plastic Surgery and Dental Clinic. Dr. Chung has made it his life’s mission to help people find the right look. As the clinic’s chief physician, he serves as a cosmetic adviser to South Korea’s most prominent actors and pop singers, and teaches his craft at one of the nation’s most prestigious medical schools. I’m in good hands.

Examining my x-rays, Dr. Chung explains that G-Dragon’s face isn’t quite like mine. This I already knew. G-Dragon has a slender and balanced structure, which is beloved “all over the world,” according to the doctor. My contour, on the other hand, is layered with more fat and I have a wide jaw, beloved it seems only by my mother. Dr. Chung says the transformation will require some invasive bone-piercing along my mandible and cheekbones. But he promises that under his guidance, I can awake from the operating table with a facial contour “80 percent” like G-Dragon’s.

To start, the doctor will perform a common procedure on my forehead. Mine is not as smooth as G-Dragon’s, so Dr. Chung says he’ll make it “rounder” with a forehead lift, cutting through extra skin and pulling it back to be wrinkle-free. My eyes also droop too much and are a little asymmetrical, requiring an eyelid incision to perk them up. At this point old insecurities I thought were long buried are surging back to the surface.

Should I go for a pair of Asian eyes so I look more like G-Dragon? “It is much easier to make Asians’ small eyes into big Westerners’ eyes,” he says, citing the difficulty of “removing” the double eyelid. He said most patients don’t seek out Asian single-fold eyelids, but choose the Korean look because it is somewhere “in the middle” of Western and Asian beauty.

“Many Koreans are tall and their cheeks and chins are slim,” he said, elaborating. “Their eyes are long and big. Their noses are slim and high … Koreans’ faces are very attractive.”

Next, we venture into more extreme procedures. My facial contour, he says, will be spliced and reshaped during hours of jaw, chin, and cheekbone treatments.

Dr. Chung mandates a painful package of fixes: a cheekbone reduction, a “v-line” surgery around my chin (to make it pointier), liposuction underneath it, botox injections, and the sawing of my mandible. He reassures me that he won’t cut any nerves — a common concern when patients visit Gangnam for double jaw surgery, a South Korean fad that gives the face a slender, more feminine look.

I hesitate at the prospect of enduring so much agony. But then comes some good news. My nose bridge is sufficiently raised and pointed. It’s just like G-Dragon’s — a look that legions of patients seek here in Gangnam. I feel suddenly inspirited. But the final prognosis is bleak: I will need a total of six operations for my eyes, forehead, facial contour and skin. And it will cost $26,700. I’m doubtful GlobalPost will reimburse me for this one.

Dr. Chung says he could complete the full raft of procedures in just five to six hours. The recovery will take longer. It will be a week until I can remove the stitches, two weeks before I can cover my incisions with makeup, and at least six months before my new face is restored to normalcy and is free of swelling.

That's G-Dragon on the left. That's me on the right with some makeup and G-Dragon's hair.

Surgery, Dr. Chung says, is only the beginning of a lifelong transformation. He reminds me to maintain a fierce exercise regime to attain G-Dragon’s muscular physique. Liposuction around my belly will help, he says. But fat will linger in places that can’t be reached.

The thought that even after tens of thousands of dollars and months of recovery I will still have to work out on a daily basis is exhausting. If this is only the start, what sort of brutal, lifelong regimen must the K-pop elite endure?

I left the Cinderella Clinic with a newfound respect for what celebrities must go through — they must have a stoic work ethic and an Olympic endurance — to stay beautiful. From their early teenage years, aspiring K-pop stars often sacrifice their lives and education, scouted by intensive training schools that prepare them for potentially huge success. Most of these ambitious youngsters fail. A small number go on to fame across Asia, earning millions upon millions.

After the hour-long consultation, Dr. Chung says something surprising. He tells me, consolingly, that there is more to life than looking like G-Dragon. “You are already handsome right now,” he says.

I give it some thought as I exit to the streets of Gangnam, joining the crowds of synthetically altered men and women, sporting rounded eyes and flawless v-lines, their faces slathered in whitening cream.