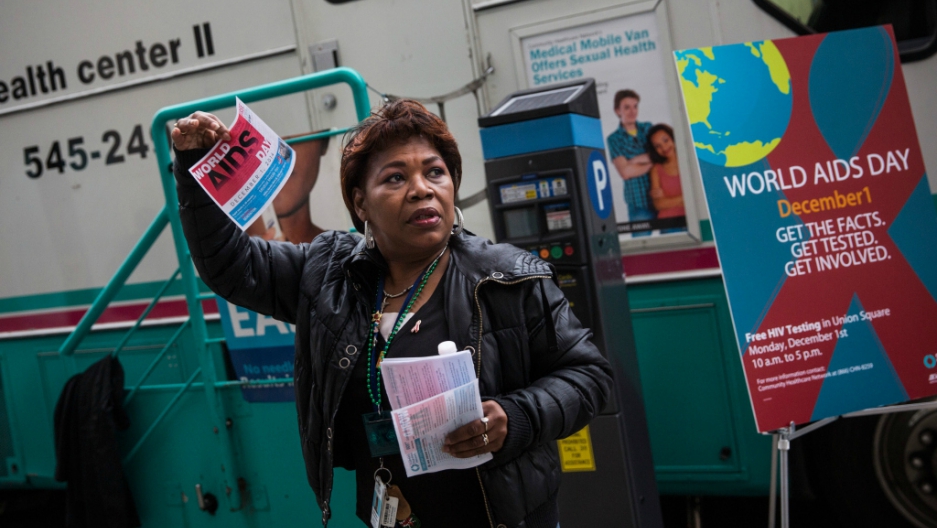 NEW YORK — A colleague in East Africa and I were talking about an upcoming national survey to measure the HIV epidemic in the hardest hit countries.

“We’re willing to go to more households to test more people,” if that’s what it takes, she said. “We really need to know how many people aren’t aware they have HIV.”

Her concern underscores the urgent need for broader HIV testing, from Africa to the United States. More than 30 years into the HIV epidemic, enormous progress has been made, with the goal of an AIDS-free generation a real possibility.

But among the remaining hurdles, one looms especially large: an estimated 19 million people don’t know they are HIV-infected. New HIV tests offer the promise of a quick and inexpensive fix. Some tests cost as little as $2, some take less than 2 minutes and self-test kits are easier to find. Fewer than half of those living with HIV are aware of their infection. Typically, they also are not aware of the cheap, rapid and simple HIV tests available to them.

Testing is so important because it is the only way to identify those who are HIV-positive and are eligible for treatment. People who know they are HIV-positive are far better off compared to those who don’t realize they have it. They are able to protect both themselves and others. They can get started on treatment. They are likely to live longer and reduce their chance of passing HIV to others.

Testing more people is the critical first step in getting ahead of the epidemic. If awareness can be increased to 90 percent by 2020 and this 90 percent can be kept on effective treatment, research predicts that new infections may drop to zero by 2030. These are ambitious targets that will require hard work.

So far, more testing has not been easy. It is a huge challenge in Africa, which has most of the HIV in the world. It also is difficult in the United States, even with its sophisticated health systems.

Despite creative testing campaigns, such as The Bronx Knows, the proportion of racial and ethnic minorities in the United States with HIV who are aware of their diagnosis has remained stubbornly fixed for almost two decades at just over 70 percent. This suggests that not enough people are getting tested or the people who most need repeat testing are not getting tested often enough. Or both.

Shame is one reason why more people don’t get tested. While it’s now commonplace in the US to talk openly about getting a colonoscopy or a mammogram, many physicians and patients worldwide are still uncomfortable to recommend or ask for an HIV test. Happily, there are a few signs that the culture on testing is shifting. Drug stores in the US sell self-test HIV kits along with self-test pregnancy kits. And there are now T-shirts that say “Stop AIDS — Get Tested.”

It has been almost 10 years since testing guidelines released by the US Centers for Disease Control and Prevention recommended routine testing at least once for all adults and adolescents. Stlll, HIV testing continues to be treated as exceptional, something to be recommended only to those “at risk.”

This remains a problem in a world where, as studies have shown, many high-risk individuals do not see themselves as “at risk” and healthcare professionals do a poor job of identifying those at risk. Many clinicians still think that HIV testing requires a time-consuming consent process, even though this is no longer the case.

A simple message about the need for repeat testing is missing from both domestic and international guidelines. The medical and public health communities may debate the frequency for repeat testing, but should be able to agree on clear message advocating routine annual testing. In certain parts of the world, the T-shirts should say “Stop AIDS — Get Tested Every Year.”

In 30 years of treating HIV patients, I have seen far too many die with advanced AIDS because they never got tested until it was too late. We have the tests and the treatments to put these tragedies behind us.

We need to change the conversation and make annual testing the norm. And when we get to the point where enough people are seeking annual testing and getting on treatment when they test positive, the HIV surveys will show us how well we have done in getting to zero.

Jessica Justman, MD, associate professor of medicine in epidemiology at Columbia University, is an infectious diseases specialist and senior technical director at ICAP at Columbia, a program previously known as International Center for AIDS Care and Treatment Programs. She leads population-based HIV impact assessments in 20 African countries, known as the PHIA Project.