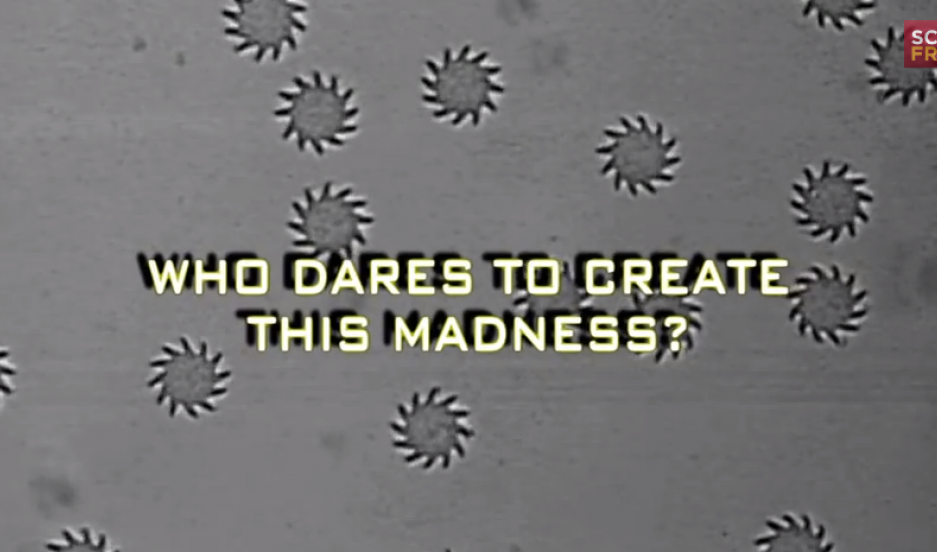 Microscopic synthetic structures are specially shaped objects that perform or move in intended ways when acted on by swarms of bacteria.

But the two women, doctoral students in robotics at the University of Pennsylvania, are taking on a project that sounds a lot like the product of an evil laboratory: They're using the swarming abilities of bacteria to build microscopic robots.

“If you view this through a different type of lens than what you’re used to and kind of stretch your idea of what bacteria are, they’re not necessarily all harmful,” Beattie says.

They're easy to grow, able to sense and respond to their environment and can be controlled with environmental stimuli, she explain. That means the bacteria can be used as “micromotors" — synthetic objects, functioning almost like tiny propellers or wheels.

Single-cell bacteria don’t have have much power on their own, but they gain ability in numbers. When the bacteria are in a swarming state, Beattie and Wong attach them to synthetic structures, specially-shaped objects that perform or move in intended ways when acted on by the swarms.

What happens next is the beginning of the microscopic robot. “When the bacteria are all attached, different shapes allow us to study the different forces and torques that are being applied to the structure,” Beattie says.

The shape of the synthetic structure actually guides the movement of the swarm: A gear-shaped microstructure, for instance, will turns in a given direction depending on the orientation of the gear teeth.

“[The bacteria] become hyperflagellated, so they develop multiple of these tails that propel the cell body and they’re moving as kind of a collective group," Beattie explains.

These are small steps toward getting precise control of the robots. The structures are simple shapes for now, but it opens possibilities for more advanced movements guided by more complicated structures

“They’re very easy to grow, they’re easy to maintain and they have very efficient motors — much more efficient than anything that we’ve been able to create at such a small scale thus far,” Wong says

If this still all sounds like the start of a cyborg movie, the researchers insist they have no plans for world domination. Beattie and Wong hope to apply the microstructure robots to pharmaceutical uses, maybe someday allowing biorobots to deliver medicine to targeted areas of the body.

And if benevolent goals don’t put you at ease,  consider this: "I sleep easy," Wong says. "Bleach kills 99.9 percent of them."