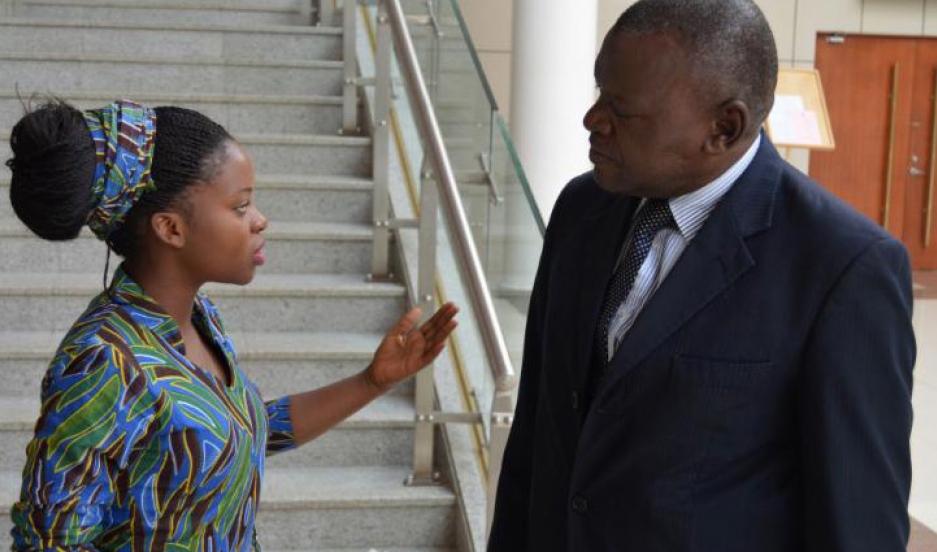 Memory Banda, 18, advocates for victims of child marriage with a member of the Malawian Parliament.

Memory Banda is one of the lucky ones.

The 18-year-old girl managed to escape the cycle that turns half the girls in her southern African nation into brides, and often mothers, by her age.

But her sister Mercy was not so lucky.

When only 11, Mercy got pregnant during a traditional sexual “cleansing ceremony” that is intended to prepare pubescent girls for womanhood and marriage. Mercy was forced to marry the man who impregnated her, but the marriage didn’t last. Nor did the next one. Now 16, Mercy already has three children and little education, her dreams of becoming a teacher put on hold.

A few years ago, Memory encountered Girls Empowerment Network, a Malawi-based NGO that had been trying for years to get lawmakers to address the issue of child marriage. Only a teenager herself, Memory could get other girls in her village to open up. The group’s writing workshops resulted in a remarkable set of testimonials called “I Will Marry When I Want To!” Memory and the group brought a crucial perspective to Malawi’s debate over child marriage: that of children themselves.

Memory Banda, on the far right, along with a group of young activists organized by Let Girls Lead.

Memory believes the testimonials forced lawmakers to end their denial of how widespread child marriage had become in this tradition-bound country. “They were caught,” she says. She went on to become something of a lobbyist for a new law to raise the legal age of marriage in Malawi to 18. After five years of debate, it passed this past February.

Now, Memory says, enforcement is key. “It will make a big difference and a big impact, but if and only if there are better ways of implementing the program so that more and more people are reached concerning the new law.”

If you want to help Girls Empowerment Network's fight for gender equality and justice in Malawi, or learn more about their work, you can check out their website.
Learn more

After all, her sister's marriage when she was 11 was also illegal, but that didn’t stop the damage from being done. Memory is urging her sister not to give up on her stolen aspirations to become a teacher. “I believe she still has a chance of going back to school,” she says.

And Memory sees a new openness forming in pockets of Malawi’s society as she tries to educate girls about sexuality and their rights. She knows her sister is determined not to let her children go through what she did. Mercy’s oldest daughter is now five, almost half the age Mercy was when she got married off.

“The little girl knows what the mom went through. And I am pretty sure she also has greater hopes for her own future,” Memory says.