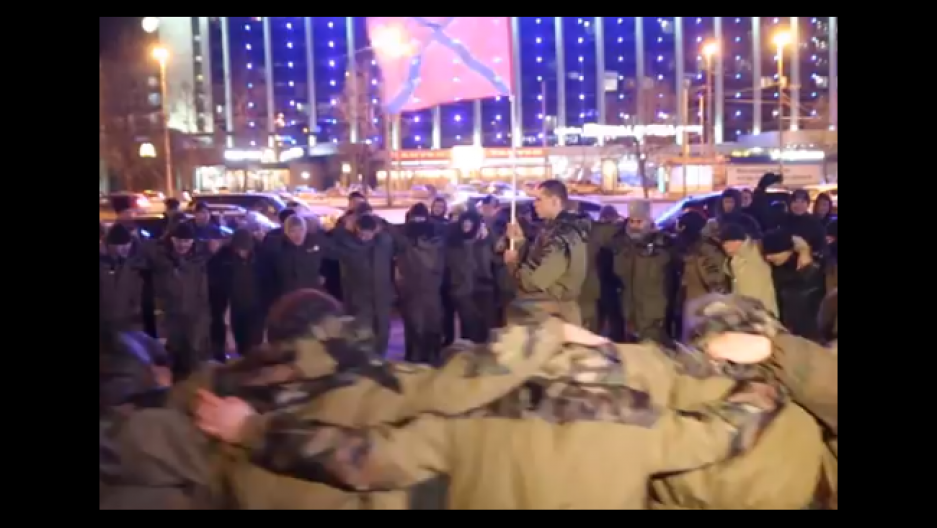 KYIV, Ukraine — It’s kind of like the team getting pumped for the big game — except the "team" is a group of Russian militants and the "big game" is the Moscow-backed insurgency in eastern Ukraine, where more than 6,000 people have died since last spring.

And they’re not your average thrill-seeking hooligans, either: The group is reportedly comprised of ex-military men — some battle-hardened — who are part of a local special forces veterans’ organization.

The send-off, which was attended by the fighters’ relatives, also included a group prayer and a formal blessing by a Russian Orthodox priest.

While Russian officials have admitted the rebel ranks include volunteers from Russia, they’ve vehemently denied the Kremlin has sent regular troops — as many Western and Ukrainian officials claim.