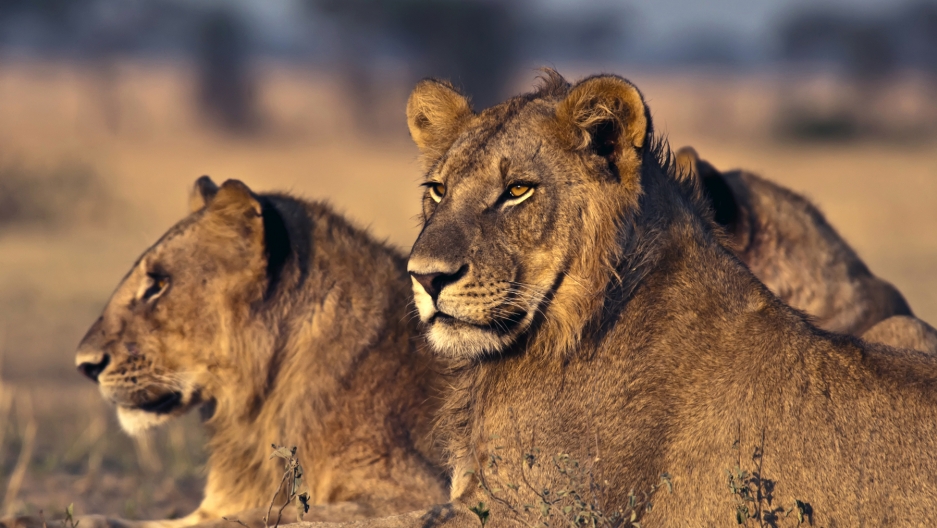 In a canvas tent that sits on a scrubby plateau just beyond the shadow of Mount Kilimanjaro, Philip Briggs deals three lions from a deck of cards.

“These females all had cubs in early 2010, right after the drought broke,” he says. “They started hitting bomas [livestock enclosures] constantly, and Narika was speared by a hunting party in retaliation.”

The cards, created by the Kenya-based nonprofit organization Lion Guardians, are designed to help local conservationists get to know individual lions. Each has a photo and description of a lion living in the vicinity of Kenya's Amboseli National Park in Kenya. Briggs and Stephanie Dolrenry, biologists with Lion Guardians, slide them across the wooden dining table as though they were big cats moving through the landscape, arranging the cards into family trees. 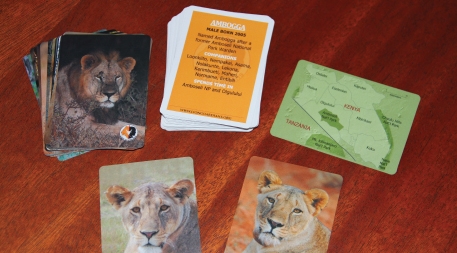 They tell the story of how Narika’s death helped inspire a new tool for managing lions who are chronic killers of livestock: mock traditional hunts.

The Maasai, the indigenous pastoralists of southern Kenya and northern Tanzania, have always hunted lions. It's both a response to attacks on livestock and a celebrated rite of passage into manhood. During a hunt, a party of warriors tracks a lion on foot, closes in with traditional chanting and screaming, and finally attacks and spears the lion in a noisy frenzy.

When this happened to Narika, the other lions with her learned to stay away. "Her sisters, their cubs and a male named Lomunyak all left the area and stopped killing livestock for two months,” Dolrenry explains. “We saw this huge behavior change.”

So the team wondered whether mock hunts — which closely mimic real hunts, except the animal isn’t speared in the end — could achieve the same result in behavior while helping protect the big cats. Lions now occupy just 25 percent of their historical African range and their populations are declining, largely due to retaliatory killing and loss of habitat and prey.

“[The Maasai] believe lions are bright animals, so they know when they have done something wrong,” says Lion Guardians community manager Eric Ole Kesoi. He's also a Maasai elder who has participated in several of the mock hunts. “If they are reprimanded after attacking livestock, they can learn.” 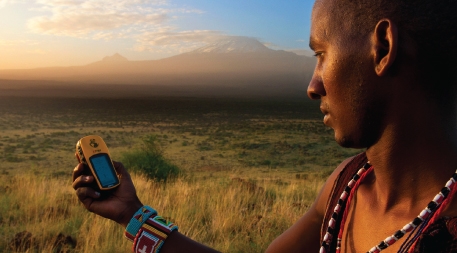 The Maasai warriors who are chosen to become guardians are trained and then armed with radio-tracking equipment, GPS units, decks of lion cards and mobile phones — all in addition to their traditional clubs and knives. The young men track lions, record problems with wildlife, warn herders when lions are present and find lost livestock.

The Lion Guardians have so far conducted six mock hunts against lions that were known to have repeatedly attacked livestock and could be tracked immediately afterwards. The preliminary results are promising: All mock-hunted lions stopped killing livestock for one to two months. Meanwhile, the local lion population has more than doubled in the past four years, and few lions have been killed.

But not everyone is sold on the idea. "I worry about the long-term sustainability of the program,” says Craig Packer, an ecologist at the University of Minnesota who has studied lions in neighboring Tanzania since 1978. “The challenges of long-term lion conservation are going to require a lot more than 'culturally appropriate' conflict-mitigation strategies.”

Susan Alberts seems more hopeful. A biologist at Duke University, Alberts has worked in the local ecosystem for more than 20 years with the Amboseli Baboon Research Project.

“The main threat to wildlife in Amboseli is human population growth," she says. "We all know what’s required to deal with that: education, some voluntary resettlement, probably compensation. There’s no magic bullet. Having said that, the application of knowledge about the predators — as well as making the community feel that they have a stake in the ecosystem remaining intact — seems completely essential to going forward.”

Using mock hunts certainly isn't a magical solution. But along with other approaches — in particular, those that draw on local traditions and values — they may help both wildlife and the people who live with wildlife better play they cards they've been dealt.

This post by Stephanie Dloniak was originally published on Ensia.com, a magazine that highlights international environmental solutions in action. It was republished by our partner Global Voices Online, a community of bloggers from around the world.