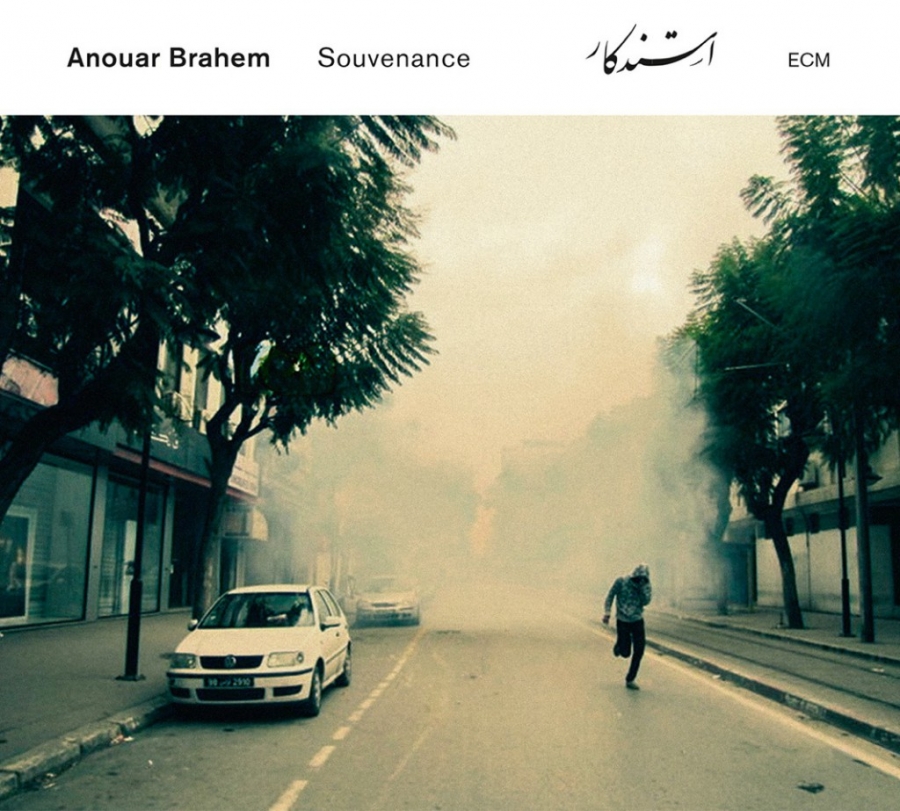 The photo above is the cover to Anouar Brahem's new CD Souvenance, or remembrance.

It was taken by photojournalist Nacer Talel in January 2011, during the waning days of the Tunisian Revolution, or the Jasmine Revolution as it was soon dubbed. The uprising ignited the Arab Spring throughout the Middle East and northern Africa.

Tunisian composer Anouar Brahem remembers those days very well.  "It was so strong an event. We were all very affected by this."

At the time of the protests, Brahem was trying to find something new to compose, but admits "everyone was involved in the political event" and took part in street demonstrations. The protests consumed him and his country.

After the revolution died down and the country was on the road to democracy, Brahem was finally able to settle down and write. But he didn't quite know how to connect the revolution with the music he was writing. He admits a lot of what he wrote "happened in a subconscious way."

Yet when it came to giving his songs titles, he opted for overt titles like "Tunis at Dawn" and "Improbable Day." Brahem says it was important to have some references to the Tunisian Revolution "because this period was so important."

But he didn't want to sermonize. He says he wanted to leave enough room for listeners to contemplate, to leave "the imagination of the listeners very free."