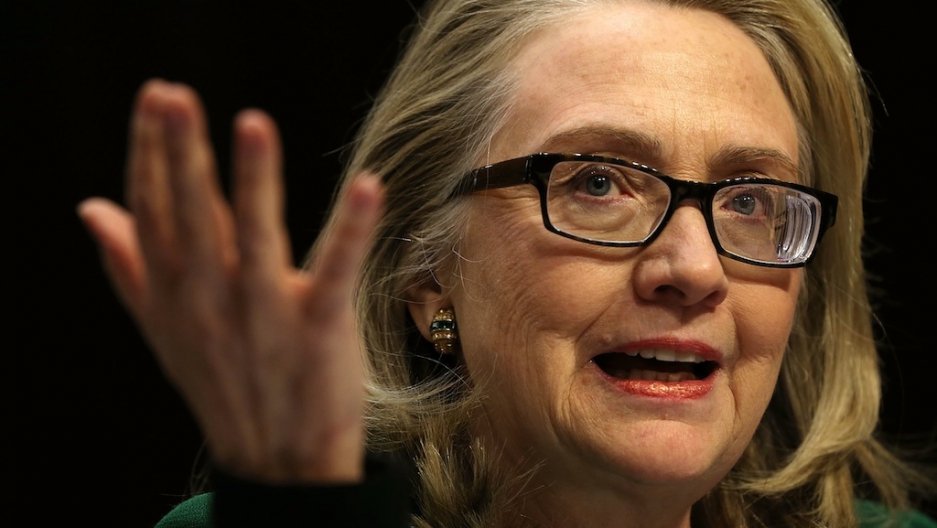 Former US Secretary of State Hillary Clinton testifies before the Senate Foreign Relations Committee about the Sept. 11 attacks against the U.S. mission in Benghazi, Libya, on Jan. 23, 2013 in Washington, DC.
Credit: Alex Wong
Share

Hillary Clinton is at the United Nations today giving a speech to the UN conference on women, and it looks like she's finally ready to speak publicly about the email scandal that's been plaguing her and every Democrat who wants to see her as the party's 2016 presidential nominee.

Last week, The New York Times reported that Clinton had exclusively used a private email account during her time as Secretary of State. That might not be a problem on its own, so long as she retained records of them. Clinton's spokesperson said she followed the "letter and spirit of the rules" on keeping copies of diplomatic communication.

Clinton's been mostly silent until now, except for one tweet last week that read: "I want the public to see my email. I asked State [Department] to release them. They said they will review them for release as soon as possible."