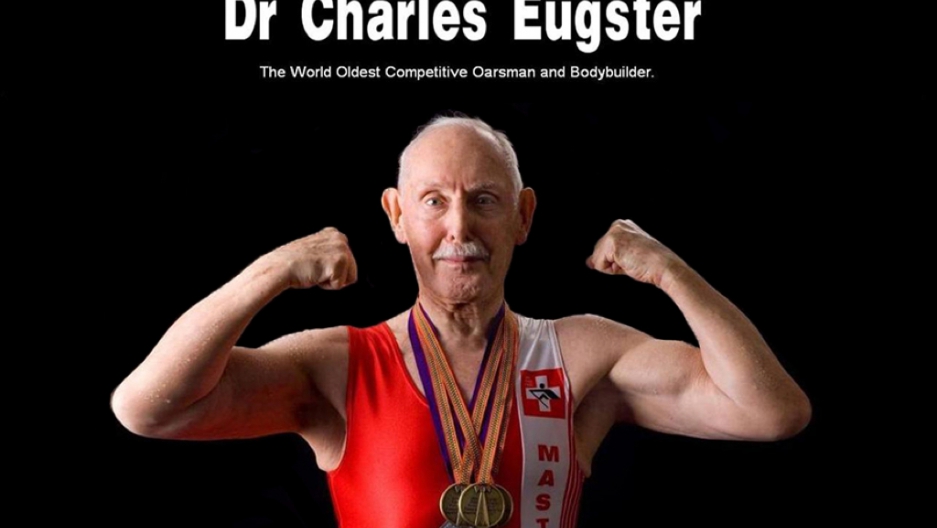 95-year-old Charles Eugster set a new world record for the 200m sprint in his age group. His time was 55.48 seconds, 2.4 faster than the previous record.
Credit: www.charleseugster.net
Share

His name is Dr. Charles Eugster but you should probably just call him BEAST MODE.

Eugster, a 95-year-old retired British dentist, just crushed the indoor 200-meter sprint world record in his age group at the British Masters Athletics meeting in London this past weekend. He finished in 55.48 seconds, improving on the previous record, set by American Orville Rogers in March 2013, by 2.4 seconds.

Born in London in 1919, Eugster now lives in Switzerland and didn't start working out consistently until he was 85.

Like a lot of people who look in the mirror and don't like what they see, Eugster started working out. Unlike most people, though, he transformed himself into one of the fittest nonagenarians on Earth.

When he's not breaking running records like a complete boss, he's a competive rower and bodybuilder, and advocates for improving physical fitness for people over the ages of 65.

Here's the video. It'll either inspire you or make you feel terrible about yourself.