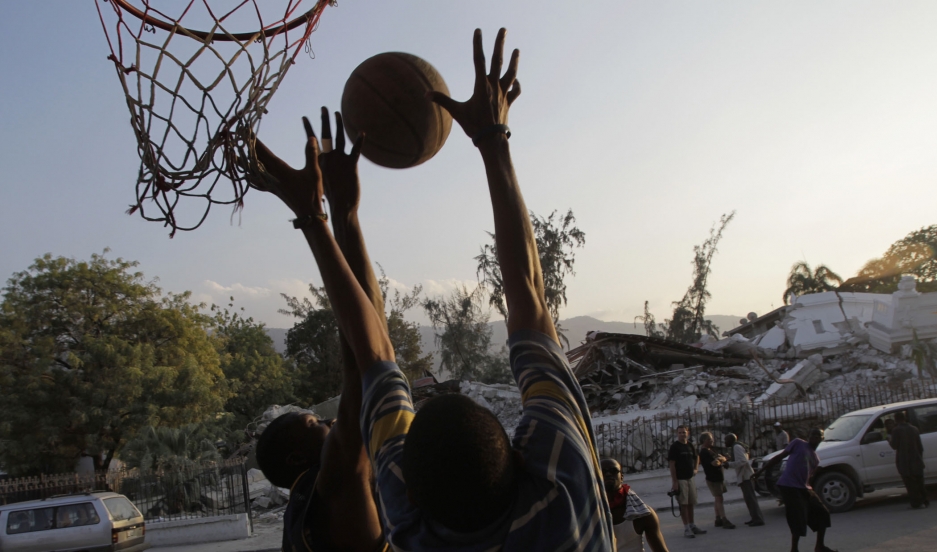 Survivors of Haiti's earthquake play basketball in front of a pile of debris of the justice palace in Port-au-Prince.

Jim Bostic smiles as he looks out onto a snow-covered Rucker Park.

This windswept patch of Harlem asphalt, at 155th Street and 8th Avenue, is where Bostic first made a name for himself back in the late 1970s.

That’s how things work at Rucker Park: Grace the court, captivate the crowd, get a nickname. It’s how the great Julius Erving became Doctor J. And it’s all part of the flash and style that define this legendary playground. 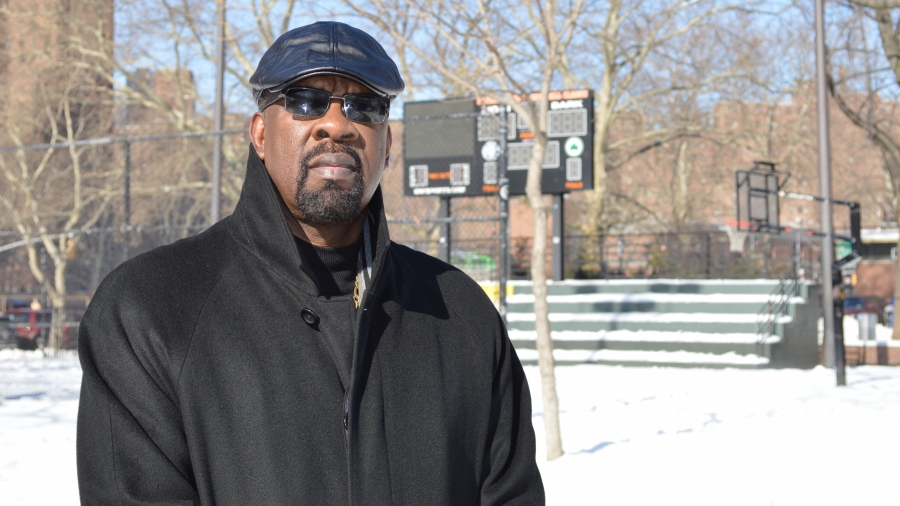 When Bostic and I meet, it’s bitterly cold and the park is understandably quiet. But as the 6-foot-7, six-time Rucker Park champion recounts, playing here in the '60s, '70s, and '80s was unlike anything we know in the sporting world today.

The allure of that electricity brought the likes of Wilt Chamberlain, Kareem Abdul-Jabbar and Doctor J to this tiny court to do battle with playground legends. But for the local players, this park was much more than just a basketball court.

“Given our environment and where we came up, most of us didn't have a lot of means,” Bostic says. “So basketball, for many of us, became a way out — of the confinement of our community, our neighborhood, our level of poverty. And in fact, it wasn’t only about the basketball players, but it was also about the people in the stands. Many of the people in the stands grew up in an environment where they didn't have any heroes. So for them, a lot of their heroes became the people that they saw on these basketball courts.”

Give the players a way out and give the community something to rally around. If it can work in Harlem, Bostic thought, why not try it in post-earthquake Haiti?

Bostic first visited the island nation just months after the devastating quake of 2010. Since then, he’s committed himself to training Haitian coaches, putting on clinics for Haitian players and working to raise $5 million for a first-of-its-kind national training facility. His ultimate goal is to help build a national basketball program in Haiti by the year 2020.

It's ambitious, but Bostic is confident it can be done. “They’re going to surprise some people," he says. “You know, we know this in sports: The underdog can rise up and beat some people.”

We all do love a good underdog story, but is this really realistic? Could a Haitian national basketball team really compete on the Olympic stage?

It turns out Bostic isn’t the only one who thinks so.

“Basketball is like a new language for us in Haiti we’re trying to speak now,” says Pierre Valmera.

Valmera grew up in Haiti, and, like his country, he came late to the sport of basketball.

It’s an easy mistake to make, considering soccer has long been king in Haiti, but Valmera did pick up the new sport — and fast. Within 2.5 years, he had a full scholarship to play at a small college in Tennessee. He excelled on and off the court, and went on to play a few years of pro ball in Switzerland, something very few Haitians have done anywhere in the world.

Pierre Valmera's Boston-based organization is seeking volunteers and support for their efforts in Haiti. To learn more, you can check out their site.
PowerForward

These days, the 6-foot-8 Valmera is one of the faces of Haitian basketball, and he's remarkably confident that building up a national basketball team in Haiti will work. “We need to get our pride back,” he says. “I feel like that national team will actually help us wave our flag a little bit higher.”

Valmera lives and works in Boston now, but he’s not just supporting the sport in Haiti from afar. He travels often to his native country, where he puts on youth basketball camps and recruits athletes for a scholarship program he runs called PowerForward. It brings talented young Haitians to play high school basketball in the US.

And like Bostic, Valmera has big dreams for the future of basketball in Haiti.