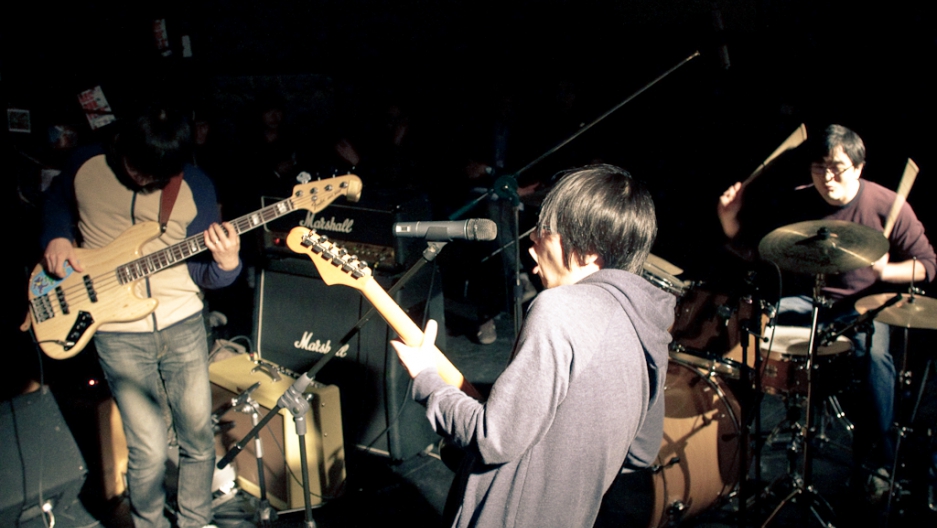 1) The food is tangy, piquant, pickled, and awesome.

2) The locals will go out of their way for you.

Even if you don’t speak Korean, locals will eagerly befriend you and build a brotherly bond. It's called "jeong." The night might never end.

3) It has everything that once made Tokyo cool.

4) It’s in the midst of a global awakening.

With dizzying speed, Seoul has emerged as an international hub. Just two decades ago, it was a grimy, industrial, and unpleasant backwater. Now it’s got Gangnam style.

5) The national swill is going premium, and you’ll want to drink a lot of it.

Soju — literally, “burned liquor” — is celebrated for its efficiency: it gets you drunk fast and cheap. Many old brands are so bad they double as industrial cleanser. But no more: A wave of newer soju brands are making Korea’s vodka-like drink hip, satisfying and cosmopolitan.

6) The hiking is beautiful.

For centuries, Korea’s mountains have captured the imaginations of kings, scribes and shamans. Beginner or pro, you’ll never run out of peaks to explore.

Medieval palaces, old-school shamans and traditional wooden homes called hanok give Seoul its warmth. Getting bored? Hitch a ride to Gangnam for a shopping spree and, if it’s your thing, plastic surgery.

8) The world has made its mark here.

9) Its remains a hidden gem.

Sure, it’s big and bustling. But Hong Kong, Beijing and Kyoto still get the bulk of the attention.

A coffee shop on every corner. An incredible mass transit system. And you’ll never miss a TV show during your commute, thanks to the world’s fastest data speeds and wifi connections. Data coverage is even excellent in subway tunnels.

11) Korean music is much more than just K-pop.

Gangnam Style is old news at this point. Instead, check out the blissful cacophony of rock, jazz and indie playing in the Hongdae nightlife district.

12) It’s the capital of one of Asia’s most passionate democracies.

Seoul could have more protests per capita than any other city. In one day, this correspondent counted four raucous protests within four adjoining blocks.

13) You can make a difference in the lives of the North Korean people.

Think North Korea is some far-off hermit kingdom full of brainwashed minions? Here in Seoul, you can come face-to-face with the refugees who’ve risked everything to escape — and make a big difference in the process.

South Korea, a peaceful and prosperous country, is still at war with the last bastion of Stalinism. Yet despite the ever-present threat of nuclear annihilation, incessant blustering about war, and hundreds of miles of razor wire, most South Koreans don't find themselves all that worried. The resilience is inspiring.

Bill Clinton called it the “scariest place on earth.” But in Seoul, it’s the ideal destination for a day out. Like military history? Check out Panmunjom, the so-called truce village operated by the United Nations, where both sides stand face-to-face, theoretically ready to fire at each other in the event of war. Like wildlife? With so little human activity, the DMZ now has plenty of that, too. It's actually a pretty good place for a picnic.

It’s the Year of the Sheep, so why not celebrate? Nestled in the artsy backstreets of Hongdae is a coffee shop where a small flock of sheep and some patrons mingle and graze freely.

17) Kimchi mandu is all that is missing from your life.

Take a Chinese-style dumpling. Stuff it with kimchi. Eat. Your new breakfast.

The film "Birdman" won four Oscars. It also angered a few patriotic Koreans. When Emma Stone's character casually remarks that a sidewalk flower stall in New York City "smells like f*ing kimchi,” South Koreans winced. Stone's character clearly isn't fashionable enough to appreciate the pungent cabbage that people here inhale every day. The reality is, the aroma of kimchi is to die for.

19) You can eat octopus tentacles that squirm in your mouth.

When an octopus is killed, its nerve-endings live on, meaning its slimy appendages continue to wriggle and stick to surfaces after death. In Seoul, this is a delicacy called sannakji, a chopped-up little octopus that desperately clings to your mouth as you chew and prepare to wash it down with soju. Be sure to chew thoroughly: the little squirmers can cling to the throat, suffocating a handful of people each year.

Thought karaoke was a Japanese thing? Neon-lit Korean neighborhoods are overloaded with noraebang, the local answer to this godly Asian invention. And don’t even plan on getting out. As the clock ticks down, the owner will quietly add 10 more minutes, followed by another 10 minutes, and so on … ensuring you’re plenty boozed up and happy to stay all night.

Tokyo is through the roof. Hong Kong is unbearable. Even Shanghai is getting out of control. But Seoul is surprisingly affordable, with reasonable rents and a fun lifestyle that will keep your wallet intact.

Street sweepers are constantly clearing the sidewalks. Garbage is separated by type, and you are legally required to recycle. Parks are popping up. Inspired by New York, the mayor wants to plant a colorful garden to beautify an ugly, rickety overpass.

Beds are for wimps. Korean homes are equipped with a unique heating system called ondol, which warms up your room via the floor. With the ground below you snug and toasty, you’ll find your floor the perfect substitute for a bed during those unforgiving winters.