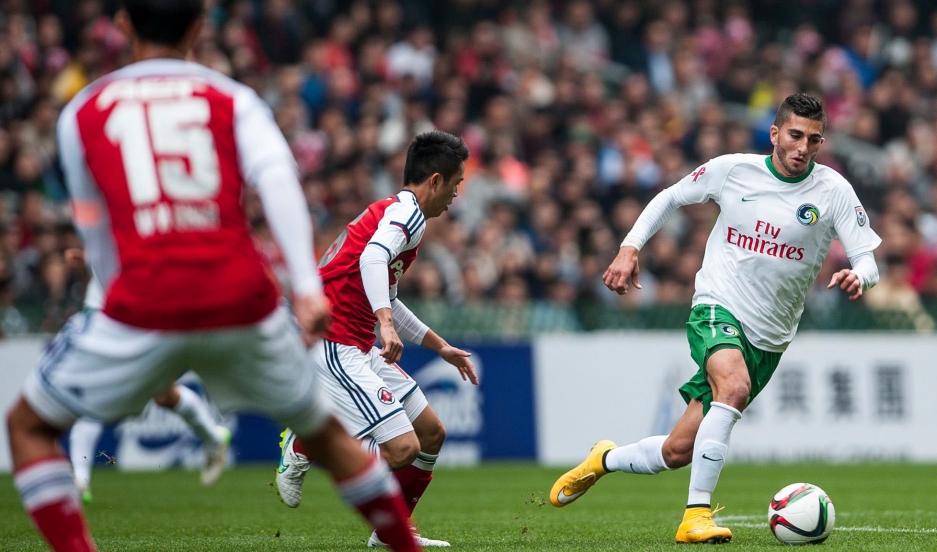 Sebastián Guenzatti is orginially from Uruguay and plays an attacker for the New York Cosmos. Cuba expressed interest in hosting the New York soccer team after learning that many of the teams players are from Central and South America.

Sure, everyone knows Cuba's affinity for baseball.

Before the US-Cuba embargo was implemented, many US baseball teams trained in Cuba, including the Brooklyn Dodgers and the New York Yankees. But not since a 1999 Baltimore Orioles exhibition game has a US sports team set foot on Cuban soil — until now. 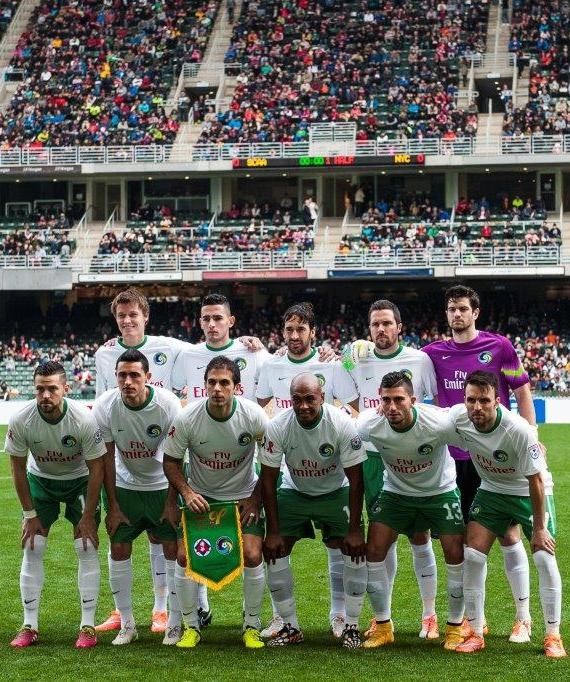 The New York Cosmos starting lineup from their February 19th match against South China during the Lunar New Year AET Cup. Many American sports teams are eager to play in Cuba since President Obama lifted the embargo between the two countries.

Courtesy of The New York Cosmos

In June, the New York Cosmos soccer team will play against Cuba's national team as part of perparations for the CONCACAF Gold Cup in July. The competition is held every two years and is played with men's soccer teams from North America, Central America and the Carribean.

This summer won't be the first time an American soccer team has played Cuba, though. They've played (and mostly won) against Cuba in international matches. According to the New York Times, "The teams are hardly rivals however; The Americans have won all seven games between the teams since 1998, including a World Cup qualifier in 2008, but before that they had not met in men’s soccer since 1949."

One of the reasons why Cuba is eager to host the Cosmos is because the New York team has a number of players from Central and South America — and rencently signed Raúl González Blanco — a soccer star from Spain.

Since President Barack Obama lifted much of the Cold War's US-Cuba embargo, many American sports teams — particularly baseball — are looking to play in Cuba. The Baltimore Orioles, for example, are eyeing the country and checking to see if they can reprise their game with Cuba's national team and the Boston Red Sox are also exploring their options to play in Cuba.

Correction: An earlier version of this post incorrectly indicated that the Cosmos played Cuba's national team in 1949. That was the US National Team.