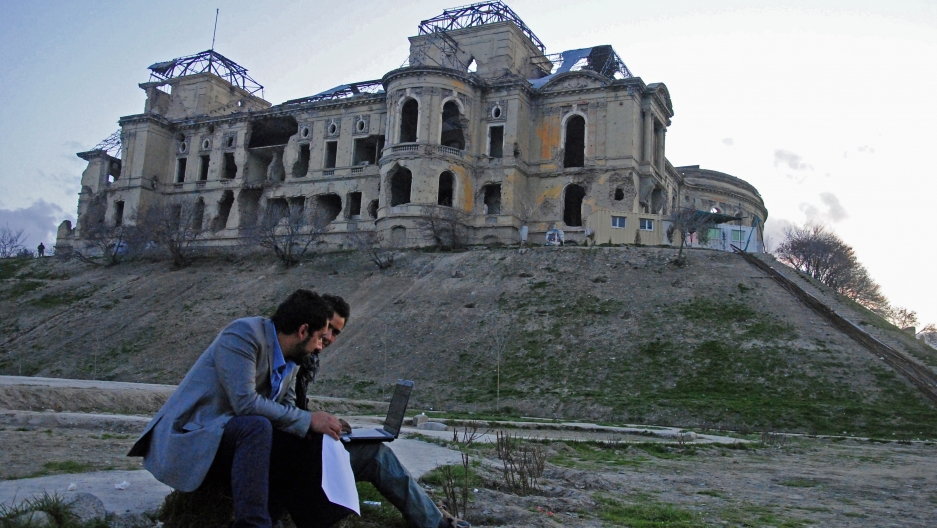 Youngsters surf the Internet near the ruined Darul Aman Palace, which was built in the 1930s. Only 5.5 percent of Afghan youths have access to the Internet, but technology played a role in connecting youth during last year's presidential elections.

Indian photojournalist Aaquib Khan arrived in the rapidly changing Afghan capital of Kabul in 2014. He shares some of his pictures and his insights with us in this post.

Afghanistan is widely seen as a country torn between bullets and religious bullies, pre-modern place where neither young nor old have much hope for a better future. The image in my mind was no different — until I landed in Kabul last year.

Much of Kabul conformed to my stereotype of the country, but there there were many moments that cameras rarely capture. Old and new are locked in a struggle, and Afghans seem to be the winners — even if progress is slow. 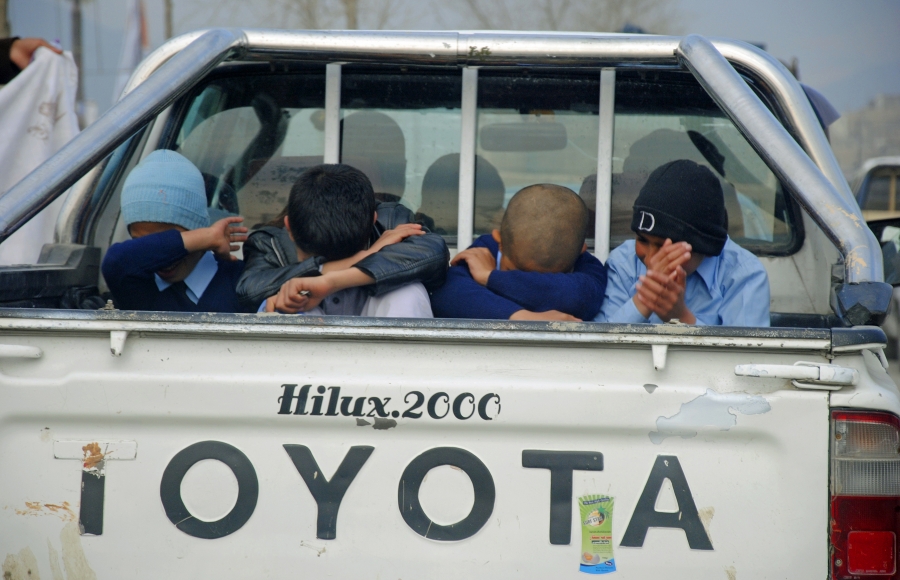 Schoolkids in Kabul hide their faces. Many consider getting photographed a sin.

Kabul is a place of hope, aspiration, warmth and hospitality, all of which shone through when Afghans saw my blue passport. ”Oh, you are Indian?" they asked. "I love Indian movies!” 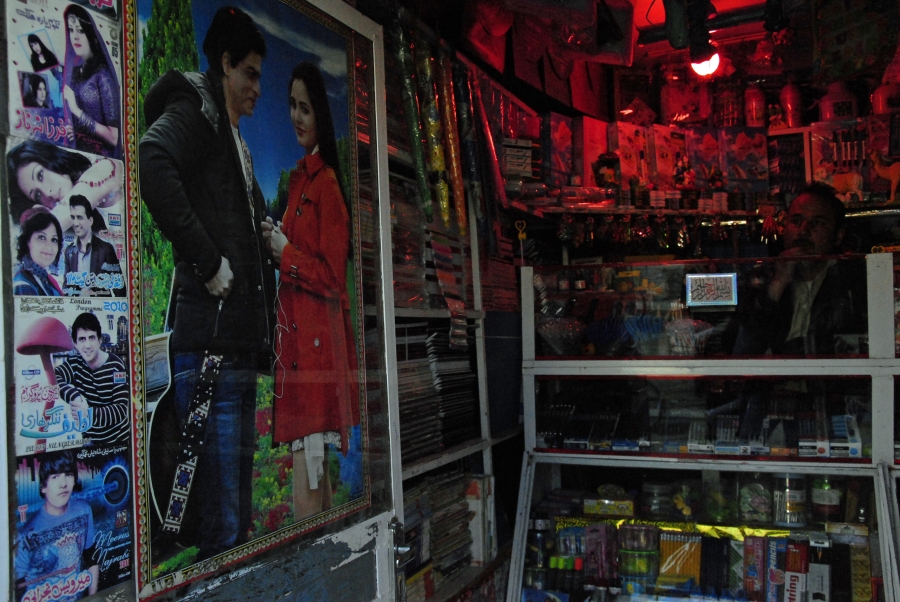 A life-size poster of the Hindi film "Jab Tak Hai Jaan" in one of Kabul’s music shops. New Indian films are quite the rage in the country, and Turkish soap operas are also getting popular. 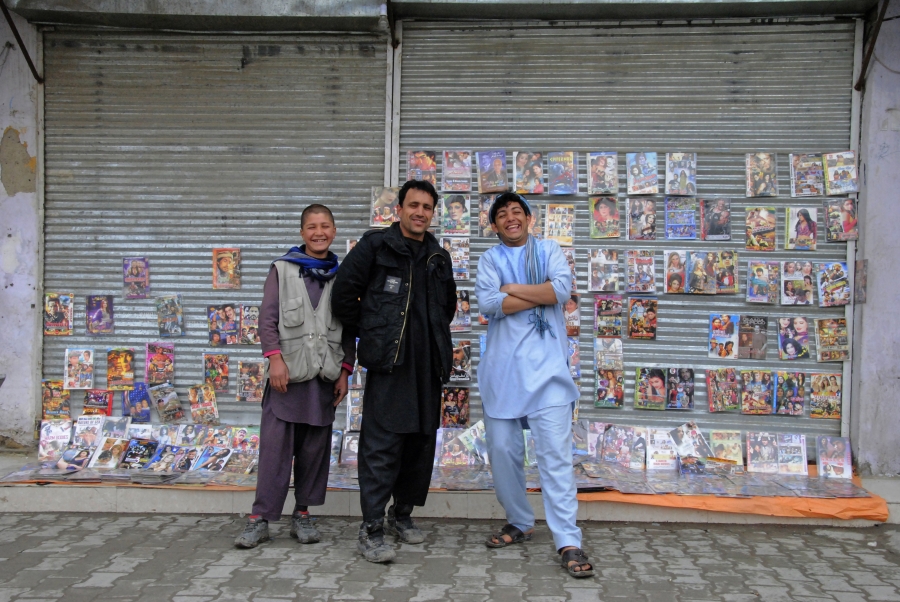 Indian movies and songs rule Kabul's music market, but JLo and Britney Spears are also quite famou. Songs old and new can be heard in taxis, shops and on young men’s phones.

There's plenty of Indian culture in Afghanistan: Posters of Indian film stars decorate the country's music shops; there is a mall named after Delhi’s famous Select City Walk; alumni of Indian universities bump into you on the fringes of crowded market places.

There are also signs of progess for Afghan women. Walking beside burqa-clad women are schoolgirls strolling to school and young women on their way to university. Mannequins in Kabul's shop windows don extravagant bridal wear. 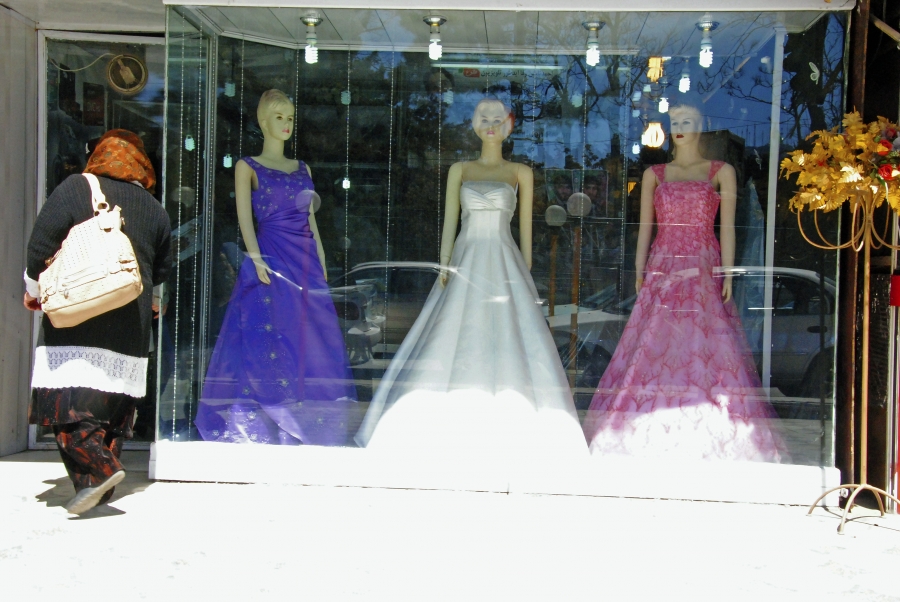 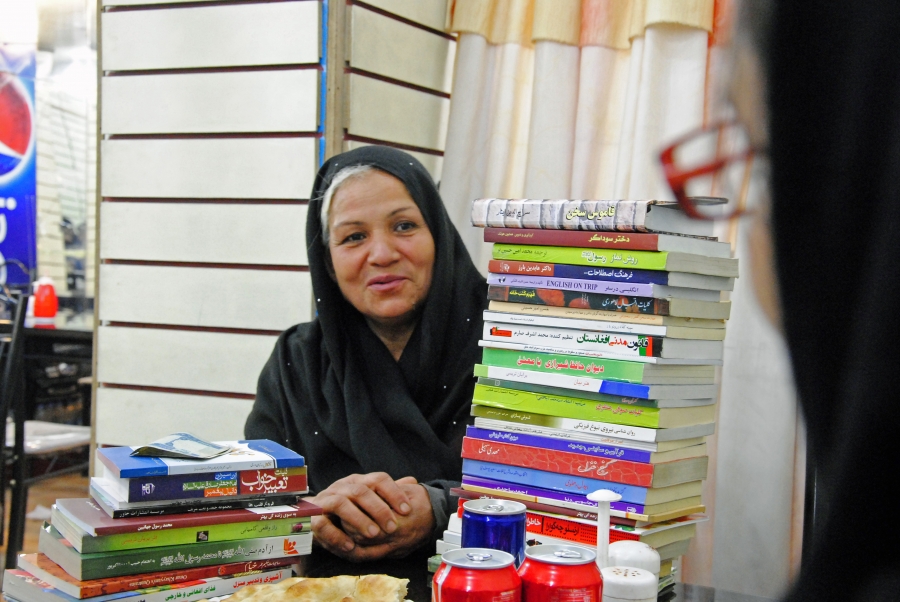 Dil Jan has been a bookseller on the streets of Kabul for many years. She believes young Afghans must read, both for themselves and for their nation. 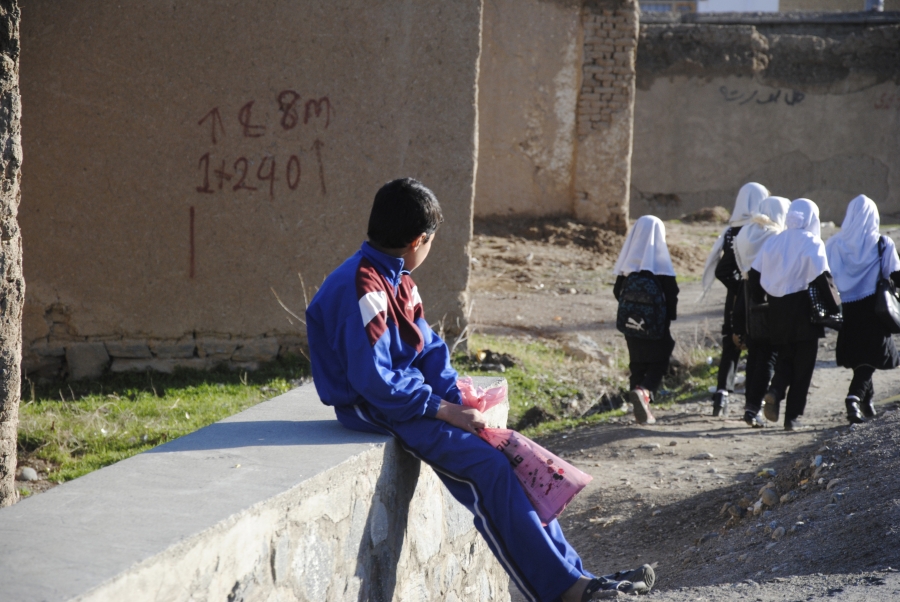 During the Taliban's rule, female enrollment in schools was zero, and the number of boys enrolled was a million. By 2012, according to World Bank estimates, 7.8 million Afghan children are attending school, including about 2.9 million girls. The literacy rate for women, however, is still only about 36 percent.

Then there are the competing ads from mobile service provider advertisements, the many radio stations, the 24-hour TV channels with their numerous talk shows discussing women’s rights. There are the hookah bars, where there are no women or alcohol but plenty of young men dancing around to loud music.

But there are also the security personnel who man the streets, and the helicopters that hover over pedestrians. Amid the exuberance, there is apprehension: What will happen when the remnants of the US Army finally withdraw? (The American mission in Afghanistan ended on Dec. 31, 2014, after these photos were taken.)

But young Afghans believe their country is gathering strength after decades of weakness and division. They shout a slogan: “One Afghanistan. No Tajik, No Hazara, No Pashtun." 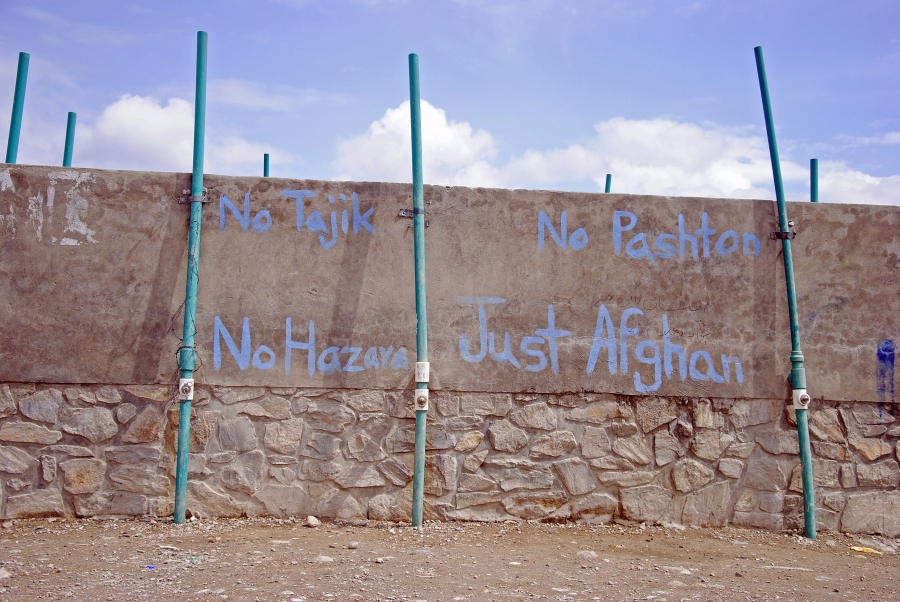 Afghanistan for Afghans! The graffiti calls for unity among Afghans, who are traditionally divided along ethnic and linguistic lines. 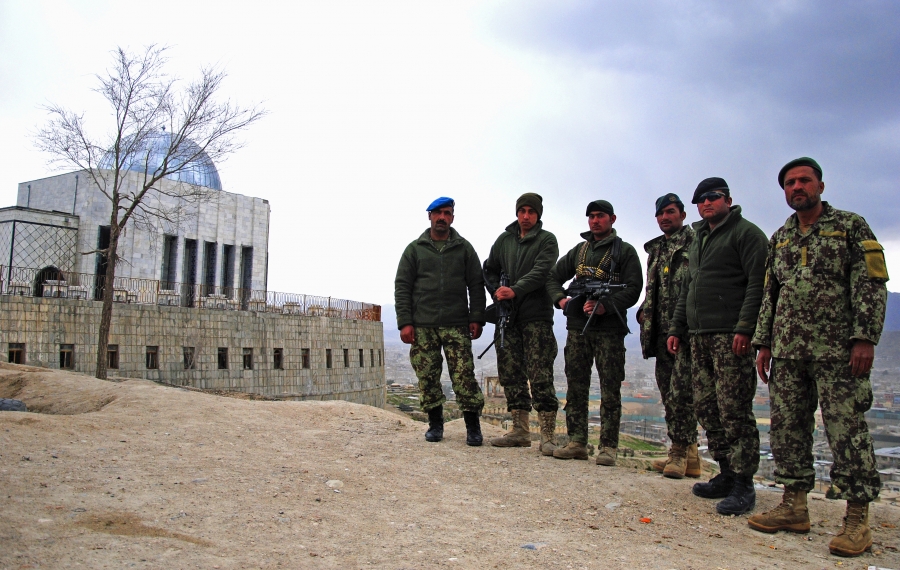 Afghan soldiers near the Nadir Shah tomb in Kabul. There are 350,000 soldiers in the country, but there are doubts about their ability to take on the Taliban once foreign troops leave the country completely. 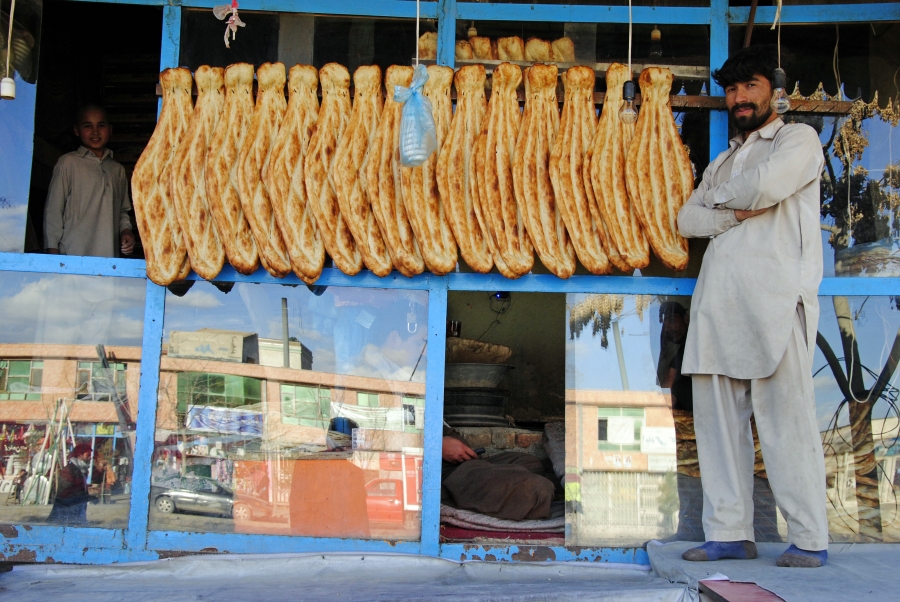 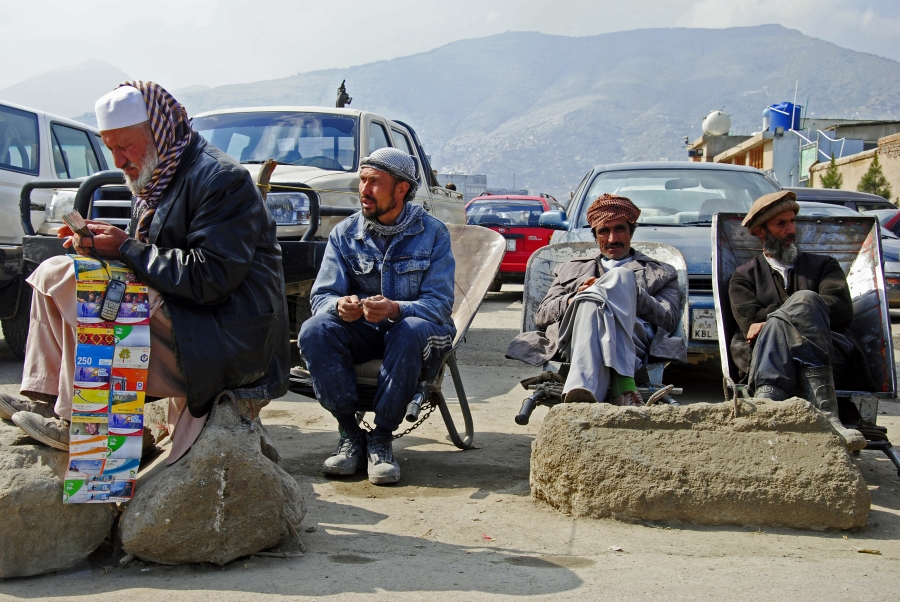 An old man with a skull cap sits at a makeshift currency exchange while others relax in the sun. Demand for currency exchanges is high across Kabul due to the presence of foreigners working in the country. 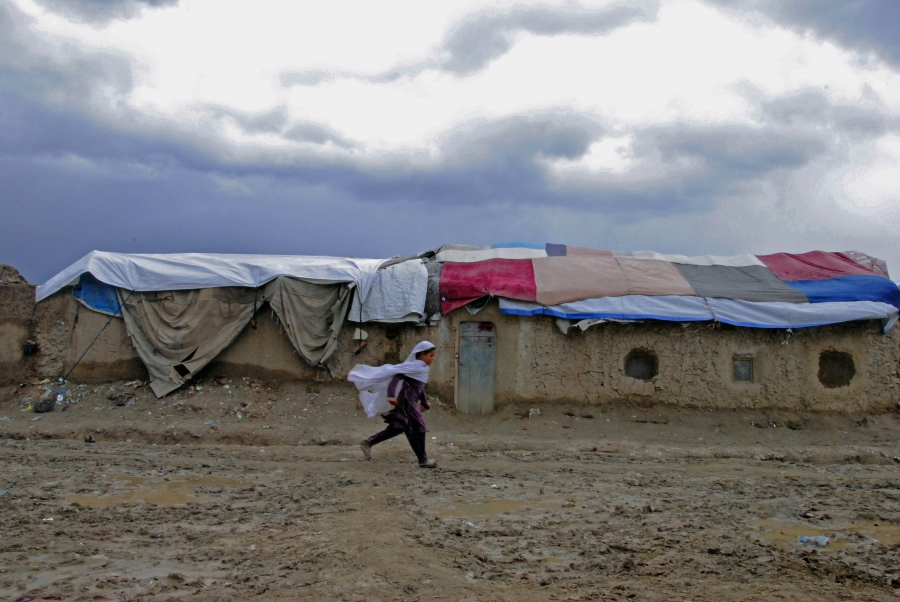 A girl runs to get out of the rain in the biggest internally displaced persons camp in Kabul. The camp in Charahi Qambar has around 900 families, no school and only one mobile clinic served by four doctors. Most of those living here have migrated from the distant provinces of Helmand, Kandahar and Oruzgan, which remain zones of conflict. There are 40 such camps around Kabul. 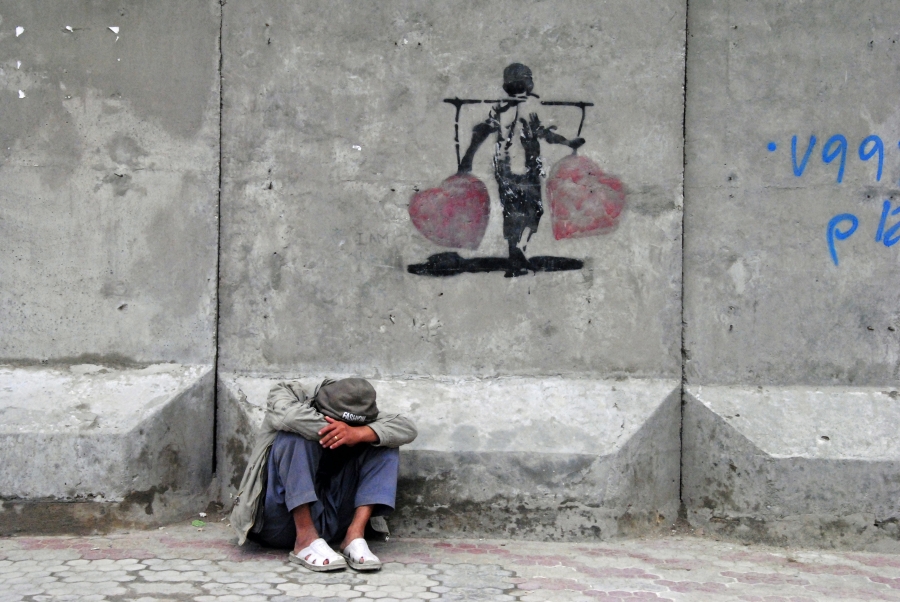 Roughly 1.6 million Afghans are addicted to drugs, and about seven percent of addicts are children. Drug production has increased in many areas of Afghanistan since the US-led invasion in 2001; the country now produces about 90 percent of the world's opium. 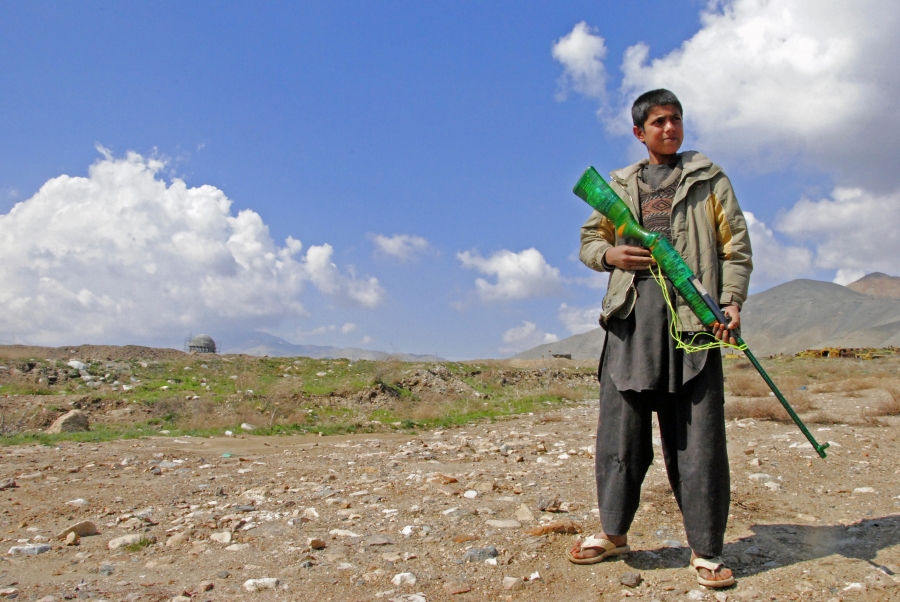 A young shepherd poses as a security guard with a toy gun on the outskirts of Kabul. The United Nations Special Representative to Afghanistan, Ján Kubiš, has stressed the need to prevent the recruitment of children as soldiers. 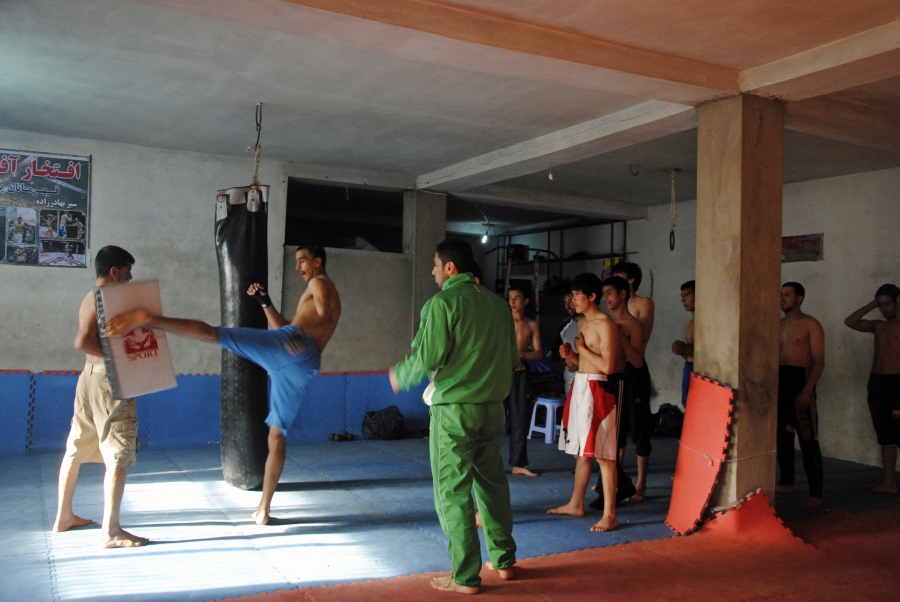 A Free Fight Club, the latest craze among the youngsters in Kabul. Young people go to such clubs to learn the techniques of martial arts. Championships provide good monetary rewards for the winners. 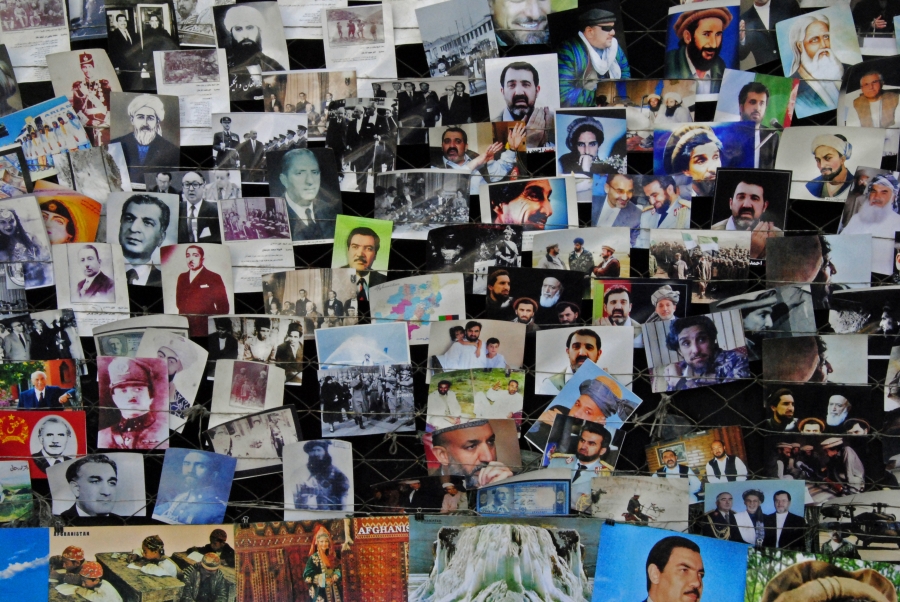 A postcard seller displays images of famous Afghans in Kabul. 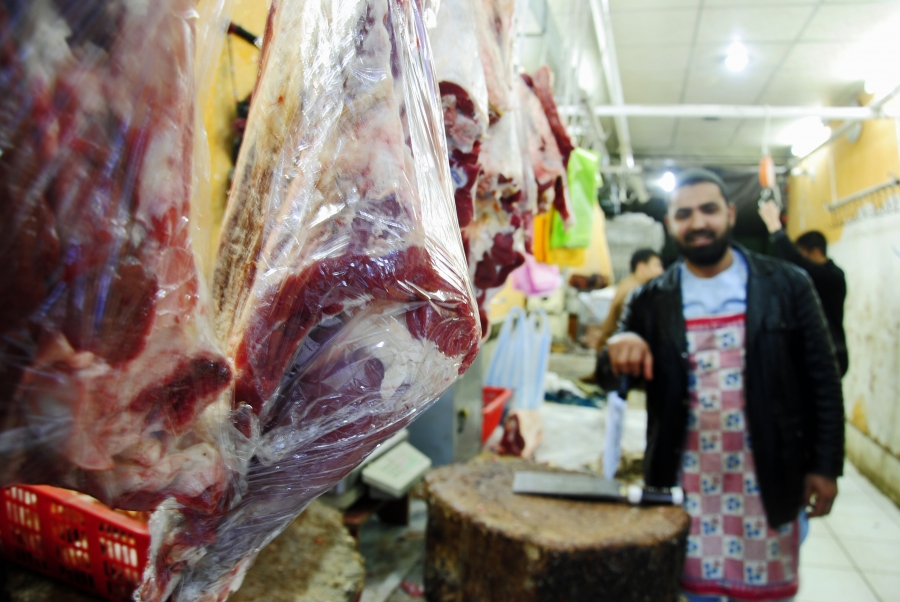 Afghanistan has witnessed a boom in meat production in last decade. Many Afghans depend on meat-producing businesses to earn a living. 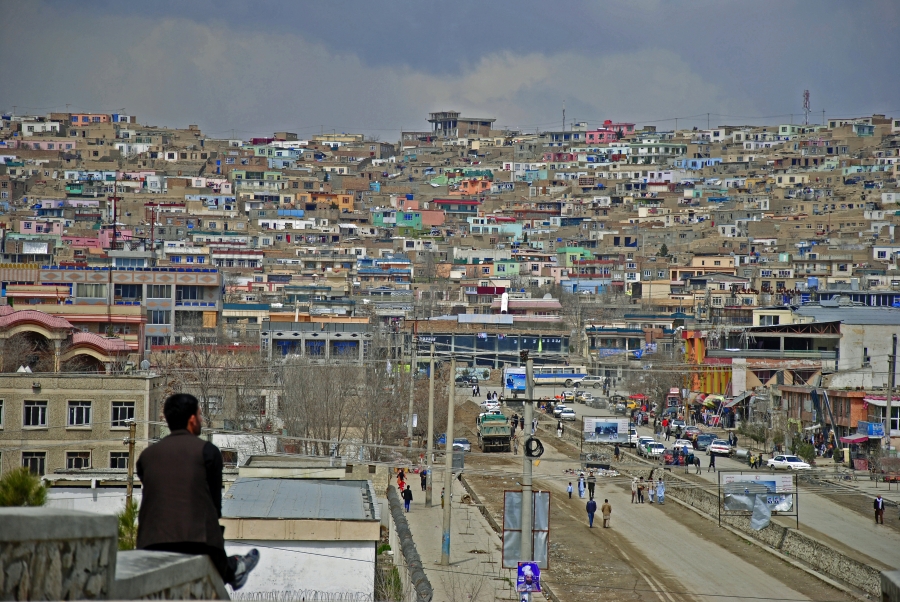 A view of Kabul, Afghanistan's capital and also its largest city, with a population of about 3.3 million. Kabul province is the only province in the country with a larger urban than rural population.

These photographs from Aaquib Khan were originally published by our partner Global Voices Online, a community of bloggers from around the world.