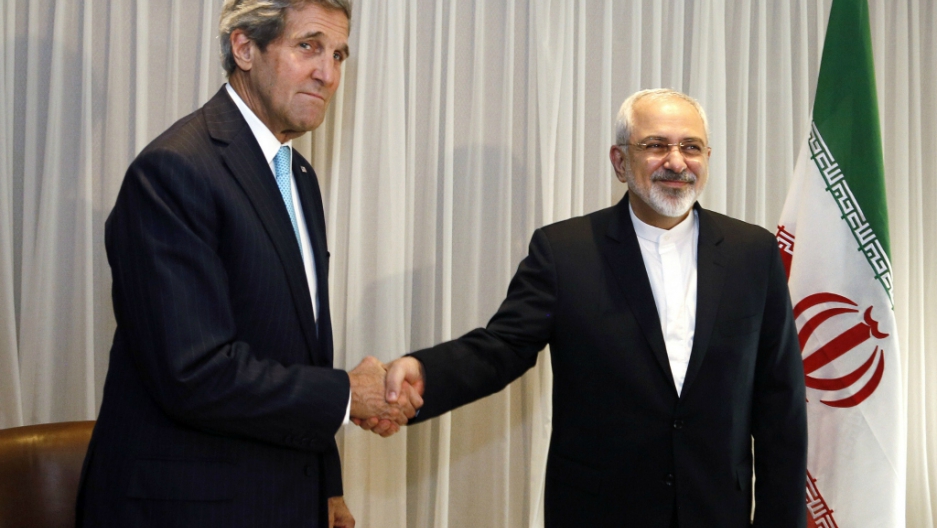 MAHWAH, New Jersey — From the Iranian perspective, the key to a nuclear deal with West is a tangible prize: substantial and immediate sanctions relief. Failure to achieve this will lead to the breakdown of negotiations and irreparable consequences for both sides.

Sanctions relief is essential to neutralize powerful Iranian hardliners that are actively seeking the failure of negotiations. These formidable forces inside Iran are entrenched in the ideology and politics of the Iranian revolution and the earlier days of the Islamic Republic. They thrive on conflict with the United States.

Iranian Foreign Minister Javad Zari and his negotiating team have, so far, succeeded in partially silencing the conservatives by promising victory in negotiations with the West. Despite claims by hardliners about the ineffectiveness of sanctions, relief from sanctions remains their central demand.
Sanctions have produced a dramatic decline in resources, bringing the economy to a standstill. Fear that negotiations will fail – and additional sanctions will follow – has amplified the effects of the shortages Iran is actually experiencing.

While state coffers are nearly empty, many in the private sector are sitting on the sidelines, waiting for the outcome of negotiations. This negative psychology is plaguing Iran and has helped bring the economy to near paralysis.

The country is using existing resources to speculate in the currency, real estate and trade markets. This has led to rising prices, further shortages of basic materials and a deepening of the economic crisis.

Ordinary Iranians have paid the heaviest price. If this pattern continues, it will lead to unwelcome social and political consequences. A businessman who owns a manufacturing firm told me he fears disintegration and civil war if the negotiations fail. Even the hardliners in Iran do not wish for this outcome.

Lifting the sanctions will lead to strategic benefits for both sides. A successful outcome will tilt the balance of power toward reform-minded circles within the Iranian regime. It will move Iran away from a foreign policy based on hostility to one of cooperation and partnership with the West. If the West lifts sanctions, the cycle of instability and violence in the region will be diminished.

The hope for such change inspired millions of Iranians to vote for Hassan Rouhani as president in June 2013. If the parties walk away from negotiations with no agreement limiting Iran’s nuclear program, it will embolden opponents of reform, providing them with lethal ammunition for the next parliamentary elections in 2016.

Mohammad Khatami, a reformist president who served from 1997 to 2005, tried to turn the tide in Iran’s relationship with the US and the West. In 2003, Iran offered to negotiate with the United States on the nuclear dispute and other contentious issues dividing the two countries. The Bush administration dismissed the proposal. It shut the door on diplomacy and labeled Iran an “Axis of Evil.”

Bush’s policy choices only helped the hardliners that had opposed Khatami’s rapprochement with the United States. This led to the election of Mahmoud Ahmadinejad in 2005. The eight years of his presidency was a major setback for millions of Iranians, who paid a heavy price for his domestic policies and his destructive approach to Iran’s relations with the world.

Ahmadinejad’s rhetoric and actions empowered radical forces in the region and fueled the fires of hatred and violence. His victory in 2005 was largely a consequence of the failure of the previous reform administration to deliver its domestic and international promises. Iran cannot afford a repeat of this history.

The stakes are much higher now than in 2003. The Iranian economy is severely weakened. The region is engulfed in new wars. ISIS and other armed radical religious groups have gained unprecedented footing in the Middle East and North Africa.

Iran is an island of stability, however fragile, in a highly volatile Middle East. As a stable and thriving country, Iran would be an asset to the United States and the West.

Continuing economic stagnation caused by sanctions, old and new, can upset Iran’s shaky stability. The United States should take a proactive and farsighted approach to the role of sanctions in crafting a nuclear agreement. This opportunity should not be missed.

Behzad Yaghmaian is a professor of political economy at Ramapo College in New Jersey. His books include Social Change in Iran: An Eyewitness Account of Dissent, Defiance, and New Movements for Rights, and Embracing the Infidel: Stories of Muslim Migrants on their Journey West.